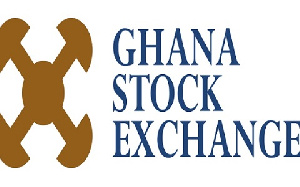 Read the full story on Ghanaweb below

According to a GSE statement issued;

“The two-year and three-year bonds were issued between August 6 and December 31, 2007 whilst the five-year bond was issued on December 17 that year, with half yearly interest payment from the date of issue. The two and three years bonds titled "GoG 2-Year Fixed Rate Note" and "GoG 3-Year Fixed Rate Note" have total value issue of 60,412,933 GH cedis and 73,552,000 GH cedis respectively”.

Whereas the 2-Year Note was not opened to foreign participation, the 3-Year and 5-Year Notes were opened to Non-Resident Foreigners (NRF). Of the three issues, eight percent withholding tax on interest income would be paid by corporate holders, whilst interest to individuals would not attract any tax.

China to provide support to countries with weaker health systems

Atiku Calls For Reform Of SARS

WHO sends staff to countries at highest risk of coronavirus infection

King Promise breaks silence on his ‘relationship’ with Serwaa Amihere »

My battle with coronavirus: Days of being “patient one” in town

Botswana aspires to graduate into a high income country by 2036

What Is The Sense In Dating A Beautiful Woman Who Is Not Sensible?

J. B. Danquah believed in the relevance of multilingual education – Prof Wosornu

I’m A Woman In Grief

I Am A Miracle Governor, Says Governor Diri

Cubana Chiefpriest Fires Back At Davido(Photo)

I Am Not Married – Dr Cryme

Put an end to boycotts, it impedes Parliamentary work

Of The EC, BVMS And Resistance II

Baboon Escapes From Sydney Hospital With Its Two Wives Before Vasectomy

How many roads can you construct this year ? – IEA to gov’t

Don’t dare me, I know how you managed to get the award

Minority Abstains From Debate On State Of The Nation Address

Don’t compare me to Strongman, he is not on my level

Pastor invited for family deliverance dies in his sleep

Pregnant women need to be pampered

Asante Kotoko to face Bechem United in Accra on Friday

Akufo-Addo is the least contributor to Dagbon's peace - A.B.A. Fuseini

Woman plays violin while surgeons remove tumour from her brain