Nottingham Forest have already signed 12 players this summer but are not showing any signs of slowing down, as an update has been revealed on a new potential transfer target.

According to The Evening Standard, Nottingham Forest have enquired about Chelsea left-back Emerson Palmieri.

As per the report, the newly-promoted side are keen to sign another left-back following the collapse in the deal to sign Alex Moreno from Real Betis, and have now turned their attention to the left-back at Stamford Bridge.

Steve Cooper will be assessing his options in the transfer market after the 2-0 defeat at St James’ Park last weekend, and the Forest boss will surely be keen to improve the creativity in the team following an uninspiring performance in terms of their attacking prowess.

On their visit to the North East in their first Premier League game of the season, Forest failed to register a single shot on target and not a single big chance was created over the course of the game, something the Welsh manager will want to change to ensure his side can accumulate enough points to remain in the Premier League at the end of the season.

In doing so, there may need to be further signings made to make sure the side have enough quality in their squad to compete, and Emerson could be the key to unlocking that in the wider areas of the pitch.

In terms of creativity, the £44k-per-week talent who was hailed “unbelievable” by Thomas Tuchel spent last season on loan with Olympique Lyonnais and showed glimpses of his ability to create goal-scoring opportunities from the left deep-lying role.

Over 29 Ligue One appearances, Palmieri scored one goal, delivered two assists and created six big chances while making 1.1 key passes and tallying up a 90% pass completion rate in his own half, with passing a key issue Cooper detailed in particular during his post match interview.

“We were not right today in possession, and there were not enough passes when we could get them off, and that ultimately cost us the two goals.” 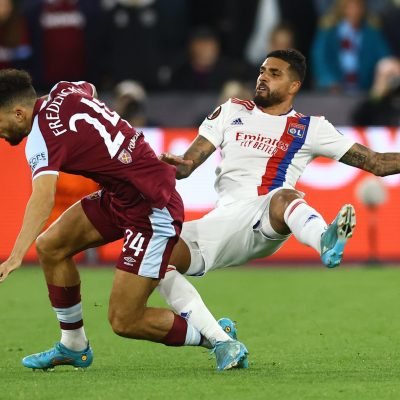 That tally of key passes is impressive and would have ranked him fifth in the Forest side last term, ahead of the rampaging Djed Spence. That bodes incredibly well for Forest and demonstrates the phenomenal levels of creativity that he could add to Cooper’s team.

With that being said, the signing of Emerson would be a much-needed one for the manager as it is clear that both passing and creativity are two areas of concern that should be addressed.