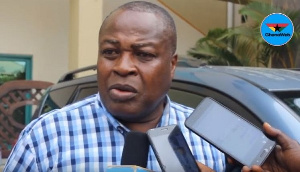 Great Olympics Board member, Fred Pappoe, has urged the Ghana Football Association Disciplinary Committee to be transparent, fair, and swift with decisions in order to curb violence and hooliganism arising at the various match venues in the ongoing football season.

Ghana football has been hit with a series of violence and hooliganism in recent times with the FA president Kurt Okraku meeting clubs owners and administrators last week to address the issue.

The former GFA Vice President speaking in an interview on Happy Sports with Odiasempa Kwame Oware on Happy 98.9FM proposed some measures that should be considered by the GFA in tackling the issue.

“It all starts from suspicion and agenda. But when supporters feel the referee has an agenda to steal, they want to take matters into their own hands which is against the rules. Sometimes, the decisions of the referees provoke them and they feel they have the right to do what they do.”

“The FA must ensure the performance of the referees are monitored. The review exercises must be fair and very swift. The decision must come out early so that it clears the perception out there.

“On Match Commissioners report, they should also limit their mistakes and which sometimes makes it look like an agenda.

“With the Hooliganism, at every center, the administrators know those who are involved. If it’s Great Olympics I can tell you those who do that. It is the same with all the clubs. If the fans are involved in hooliganism the authorities should be swift in arresting them. We shouldn’t try to condone these things”.

“The step taken by the FA last week to meet the clubs must be commended. With hooliganism it’s the supporters who commit this act”.

Froiler on Chiellini's words: Atalanta beat Juve and finish the season higher. This is not a fairy tale, but a reality
Martin Edegor: It's important to understand what Real Madrid wants. I'm happy at Arsenal
Cavani, 34, has 10 goals for Manchester United in this Premier League. Only Zlatan and Sheringham have scored so many goals in 33+ years
There was no place for a football field on the Thai island - and it was built directly above the water. So an amazing team was born
Cavani threw the Fulham goalkeeper over from 40 yards. The striker has 9 goals in his last 10 games for Manchester United
Reuss will not go to the Euro with Germany: I will allow my body to recover after a difficult season with Borussia Dortmund
Jan Oblak: Messi is the best. He and Ronaldo have marked an era, what they have achieved is admirable

Caribbean Organizations Call on CARICOM, The US, Britain, And European Union to Take Urgent Action

Andre Ayew: I am getting better and better

Integrity must be the guiding principle in appointment – Vitus Azeem

Politicians, other influential people interfering in our work – Effia Tenge

Be cautious of inherent risks of digital transformation – GCB MD

Govt, GPRTU have not increased transport fares by 20 percent