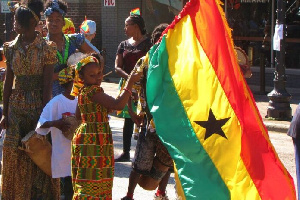 Ghana has been ranked the second most peaceful country in Africa behind Mauritius in the 2021 Global Peace Index report by the Institute for Economics and Peace (IEP).

The Ghana Peace Index is the world’s leading measure of global peacefulness. The index ranks 163 independent states and territories according to their level of peacefulness. This report presents the most comprehensive data-driven analysis to date on trends in peace, its economic value, and how to develop peaceful societies.

In the latest rankings, Ghana ranked 38th in the world out of a total of 163 countries reviewed. Ghana scored 1.715 which represents a two-point move upwards from the country’s previous position.

Mauritius, the most peaceful country in Africa ranked 28th globally, while Botswana ranked third place in Africa and 41st in the world. Nigeria ranked 146 globally behind Togo, Uganda, Kenya, The Republic of Congo and Cameroon.

Iceland remains the most peaceful country in the world, a position it has held since 2008. It is joined at the top of the index by New Zealand, Denmark, Portugal, and Slovenia.

Afghanistan is the least peaceful country in the world for the fourth consecutive year, followed by Yemen, Syria, South Sudan, and Iraq. Burkina Faso recorded the largest deterioration in the Global Peace Index 2021.

The report highlighted that civil unrest rose 10 per cent globally, driven by the coronavirus pandemic. There were 14,871 violent demonstrations, protests and riots recorded globally in 2020.

The report said COVID-19 was a “multiplying force” in future political instability and civil unrest. It added the level of this unrest going forward is likely to hinge on the speed and effectiveness of economic recovery. Countries with less debt and higher levels of positive peace were more likely to recover faster.

Despite this, overall three-quarters of people globally feel as safe or safer today than they did five years ago. Some indicators of violence have recorded significant improvements since the start of the index, and 123 countries have seen murder rates fall since 2008.

“Europe…remains the most peaceful region in the world. The region is home to eight of the ten most peaceful countries, and no country in Europe is ranked outside the top half of the index”.

Bayern gave Zirkzee on loan to Anderlecht
Bayern's match in the German Cup was postponed due to quarantine in Bremer
Shakhtar coach De Derbi on 2:1 with Genk: If we want to go further, we must play powerfully for the entire 90 minutes
Lewandowski admits that he will leave Bayern in a year. The striker has a contract until 2023
Kochenkov on moving to Arsenal: Shamov, Levashov are excellent goalkeepers, we will compete
Neville about Kane: He seems to be very annoyed, but this is not an excuse. It is impossible to justify a player missing training
Kovac about hooting at Tchuameni: We are devastated that this is still happening in the XXI century. We won the match against racism

All you need to know about late Kotoko defender Godfred Yeboah

Rawlings never complained about the size of my house – ET Mensah

‘I Did It First, Not Burna Boy’- Sarkodie Sets The Record Straight

WhatsApp launches ‘View Once’ that deletes photos and videos once seen

Amazon’s ‘Lord of the Rings’ series to premiere on September 2, 2022

Eagle Prophet is the most useless prophet I have ever known

Hajia 4Real Finally Shares Most Embarrassing Moments In Her Life

Dualisation of roads on course

‘Shatta Wale Has The Biggest Hit In Ghana’ -Sarkodie Confesses

We are not in collusion with GHS, KIA testing Centre to scam visitors

Ghacem to invest US$ 100million to build new factory in Kumasi

Let it be peaceful, no derogatory terminologies – Prof Gyampo urges

Tapping into electricity from a neighbour is illegal – ECG

Dualisation of roads on course - Minister

President Lourenco calls for closer cooperation between Ghana and Angola

Unavailability of integrated supply-chain management cause of uncompleted, delayed projects

Bird flu has affected our sales

Your request to remove CJ premature – Presidency to ASEPA

We are not in collusion with GHS, KIA testing Centre to scam visitors - M Plaza

Efficient and judicious land use necessary to beautifying Accra – Minister

We need to protest to save Ghana – Okatakyie urges Ghanaians

If you pitch Kuami Eugene against me, mona mobl3

Akufo-Addo is insensitive to plights of workers – Ayariga jabs

Saglemi Project: Stop the politicization if you don't have a good case - Buaben Asamoa to NDC

#FixTheCountry: we need to protest to save Ghana – Okatakyie urges Ghanaians