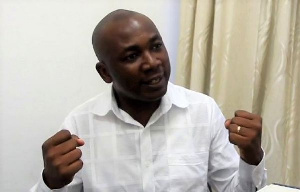 Ghana’s tax revenue of 12.1% to GDP is still the lowest in sub-Saharan Africa.

This appears to be depriving the nation of the much-needed revenue to drive infrastructural development.

The nation needs not less than US$1.5 billion annually to bridge the gap.

Though the Ghana Revenue Authority (GRA) exceeded its revenue target of GHS43 billion for 2019, some economists believe more needs to be done to plug the loopholes in revenue mobilisation, particularly in the informal economy.

They want the government to widen the tax net further instead of overburdening existing businesses.

Economist and Finance Lecturer, Professor Godfred Bokpin, said: “What kind of target do we set for GRA? We just read recently that GRA exceeded its target; a country that is struggling to raise the much-needed tax revenue, and the GRA has exceeded their target. Fine. Maybe, they work so hard, maybe it’s also about time to look at what goes into the target set. Regardless they achieving their target, our tax efforts are still one of the lowest in sub-Saharan Africa.”

He continued: “I do agree with the challenges within the context the GRA is working, their efforts and all of that but it doesn’t send a good signal that you have exceeded your target. And, in fact, if you look at the variance, we can do better.

“The point that we are making is that Ghana can do far better, and this message we have sent it and have sent it across. The government, perhaps, might have done well to some extent but Ghana is growing far below its potential.”

The Ghana Revenue Authority (GRA) has been tasked to grow the contribution of tax revenue to the national economy from the 13.1% that was realised in 2018 to 15% this year.

Ashaiman-Klagon underpass to be re-opened on Wednesday tea

The dangerous games of the Electoral Commission - IMANI Africa's report

SoNA 2020: 'Shameful' minority walk out because of their 'selfishness' – Nana Fredua

SoNA 2020: 'Shameful' minority walked out because of their 'selfishness' – Nana Fredua

Sulemanu Tetteh, others advance to quarters of Olympic qualifier

The controversial question that 'shook' NDC presser after walkout

Dormaa Central MP appeals to delegates to retain him

Do not Use Maulid Grounds for Political Campaigns

Ghana Strengthens Bilateral Ties With the Kingdom of Norway

Winful Cobbina explains why he disappears in games

Doctors to strike over salary disputes

Yvonne Nelson opens up about nearly facing depression after birth

Ghana International Trade to focus on role of AfCFTA

Bureaucracy is militating against progress of state-owned institutions - CEO

To Be At The Top, You Need Sense To Take Nonsense!

Fat Seasons Are Not Forever

Mahama Has No Message For 2020 Elections –NPP Communicator

VC appeals for salary parity amongst all university lecturers

I have not received GETFund sponsorship to study– Education Minister

Over 30,000 Ghanaians apply to study on Udemy platform

Ashaiman-Klagon underpass to be re-opened on Wednesday

John Dumelo Shares Photos Together With Yvonne Nelson, Says, ‘We Fight But We Still Got Each Other’s Back’