The month has been an interesting as well as a bad one for Ghana Sports. Since the Black Stars of Ghana qualified for the Qatar World Cup, things haven’t turned out well with the youthful levels of the men and women sides faltering in their various competitions. Then came the Commonwealth Games organized in Birmingham.

Ghana took 193 athletes to the event and sadly came back with just 5 medals as compared to Nigeria sending 50 athletes and returning with over 30 medals. Well after the Games climaxed it was reported that some delegates and athletes were missing. Over 17 persons were found to be missing. Out of that 17 a Ghanaians delegate was also declared missing. 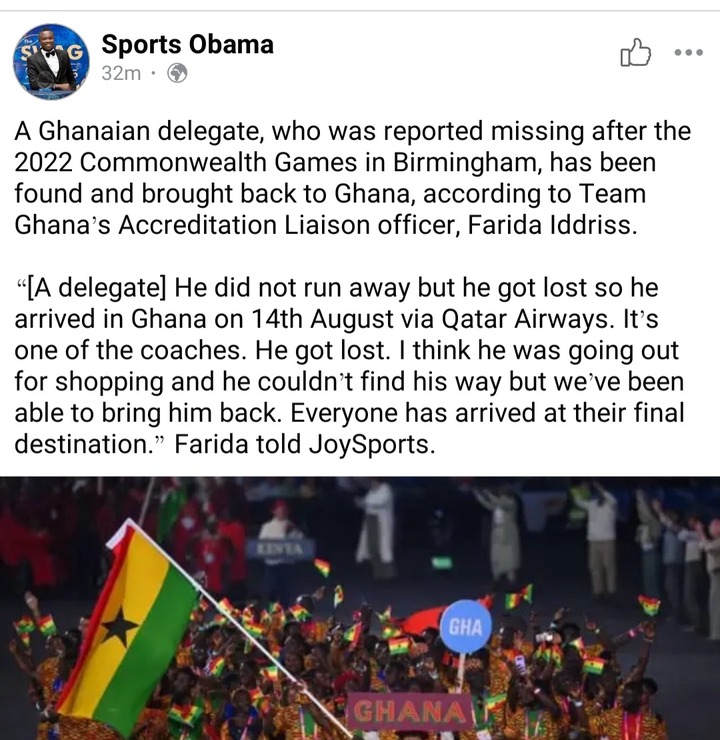 This is not the first time members of Ghana’s team have gone missing. Four years ago in 2018, 2 Ghanaians athletes went missing after the games in Australia. Sports Obama, a popular football pundit in a Facebook psot has revealed that the Ghanaian delegate who went missing after Birmingham 2022 has been found. According to his report the delegate has landed back in Ghana with help from Team Ghana.

The delegate explained that he didn’t run but rather got lost. According to one of the coaches the delegate might have gone out to shop and ended up going missing. Team Ghana has thus got all her team players back home with those in other countries also arriving at their destinations.

It is interesting to however note that the delegate who went missing got lost at the end of the games. Is it the case that he went missing days when the Games started or he went missing when the games were ending? This is unclear because Team Ghana never declared any delegate missing until the organizers of the Games had made this revelation. Team Ghana won the highest medals in boxing with 2 other medals from athletics.

Check out how Ghanaians are reacting. 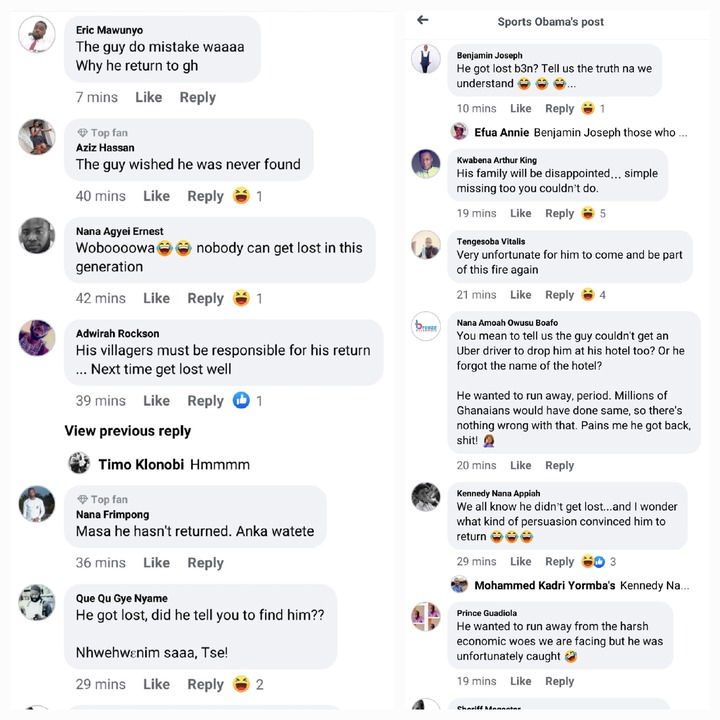