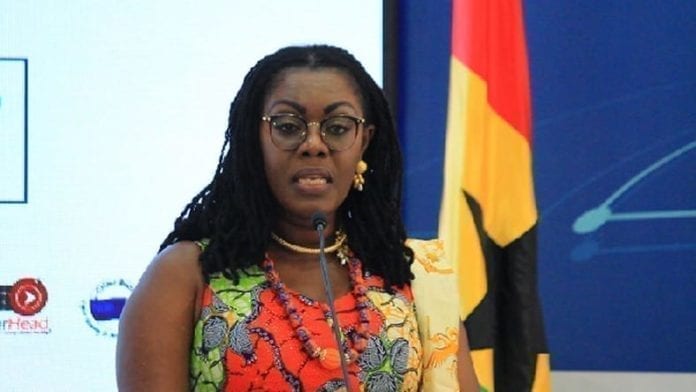 The Government has stated its commitment to improving services rendered by the Ghana Meteorological Agency (GMet).

Mrs. Ursula Owusu-Ekuful, Minister of Communications and Digitalisation, said plans were afoot to supply the Agency with modern equipment and position it to function effectively.

The Minister said this in a speech read on her behalf at the opening of a five-day co-production workshop by the GMet, under the auspices of the Ministry, in collaboration with the Kwame Nkrumah University of Science and Technology, and the University of Leeds, United Kingdom.

She underscored the importance of meteorological services in view of the “drastic” effects of climate change across the world.

The Minister said the changes in climate conditions over time, had significantly affected agriculture, food security, and had in most cases led to natural disasters such as floods and droughts.

“It is, therefore, important that scientists and meteorologists working in the climate sector, enhance collaborations with all stakeholders to improve service delivery,” Mrs. Owusu-Erkuful said.

The Minister noted that with Sub-Saharan Africa, presently seen as one of the most vulnerable regions to the effects of climate variability due to the fragility of its economy, “It has become increasingly important to put in place, proactive measures to mitigate the risks of climate change.”

Dr. Michael Tanu, Director General, GMet, said Ghana and other countries on the continent, were currently being affected by climate related disasters such as floods.

This he said needed to be resolved urgently since such
disasters adversely affected lives and property.

Dr. Tanu said through the stakeholders meeting to brainstorm and come up with tangible recommendations, the GMet could develop tailor-made solutions towards improving its services and in effect, preventing and minimising the ill effects of weather-related disasters.

Themed, “Evaluation and improvement of zero to six-hour and short term forecasts, (nowcasting and synoptic forecasting) with users for better decision making,” the workshop aims at preparing for and ensuring the effective engagement of decision makers in the development of improved forecasting, as part of the project’s third test bed, taking place in September, 2021.

African SWIFT Testbeds are a formal activity, aimed at testing new and prototype tools and methods for forecasting, involving the active collaboration of researchers, forecasters and users.

The Testbeds enable African-SWIFT scientists to work directly with key users, before starting to make forecasts, so that forecasts are co-produced and tailored to meet users’ specific information needs.

The Netherlands won all three matches in the Euro Group for the third time. The previous case was in 2008
Andriy Shevchenko: It was physically difficult for Ukraine, we were constantly late. A lot of unforced errors is fatigue
North Macedonia lost all 3 matches at the first Euro with a goal difference of 2-8
Malinovsky is Interesting to Milan. Another option for the club is Ilicic
Pandev played his last match for the North Macedonia national team. Wijnaldum presented him with a commemorative T-shirt, and the players were escorted to replace him with a corridor of honor
Euro 2020: Group C results
Ukraine has 7 defeats and 2 wins in the group stages of the Euro

“Change your boxers, brush your teeth and bathe twice daily, that makes you a man”

Sadio Mane donates 500,000 pounds to build hospital in his hometown

Henry Djaba Foundation to hold fairs for Persons with Disability

Nigerian held over death of a teacher remanded

GSS decries some communities’ hostility towards the Census exercise

NCCE goes Green in Ada as they plant palm trees

Ensuring safety at fuel pumps; what the experts say

28 Year Old Dope Nation Still Insist They Are Virgins, They Explain Why » ™

We did no more than what the law expects – Minerals Commission speak on $1,000 RTI charge

Quality of our music is declining – Appietus

Zambia’s first president Kaunda to be buried on July 7 |

Actress Osas Ighodaro Celebrates Her Daughter As She Clocks 5

Why there is shortage of computer chips

No School Is Safe Until Govt Negotiates With Bandits, Says Gumi

“I am confident of winning a Grammy very soon” – Fameye » ™

Taking royalties from Churches not an abomination

‘Some of my shoes cost thousands of dollars’ – King Promise

Government must open the cinemas now

I am positive about a win this year – Trigmatic

If I Get Jackie Appiah, I’ll Chop

‘Castro Is Not Dead. He Will Come Back. I Spoke To Him In My Dreams’

‘My Relationship With Adebayor Is Cool Now’

8 skincare tips for your 20s

William Ruto to contest as president in Kenya’s 2022 elections