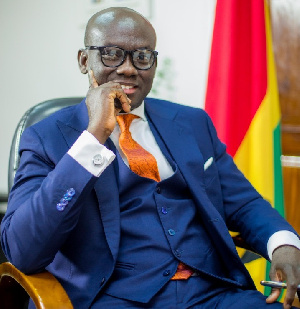 Family members of Gregory Afoko have denied claims by Attorney General-designate during his vetting by the Appointments Committee of Parliament, Godfred Yeboah Dame that Mr Afoko failed to meet the bail condition in order to be release

A Family spokesperson and private legal practitioner, Mr Asekabta Atong, said in letter to the Committee that Mr Dame told lies under oath when he made this comment.

“I write for and on behalf of the Ayieta Family of Sandema to which Gregory Afoko belongs and on my own behalf to petition against Mr Godfred Yeboah Dame, the Attorney General and Minister for Justice designate."

“Our plaint is that, on 14th March 2019, the High Court presided over by his Lordship George Buadi granted bail to our son and brother, Gregory Afoko and imposed some bail conditions on him."

“Gregory met all the bail conditions but the police in flagrant disregard of the orders of the court refused to produce him at the registry of the court for the bail bond to be executed."

“We were therefore surprised to watch and hear Mr Dame state under oath that Gregory could not meet the bail conditions imposed. We state that Mr Dame lied to the Appointment Committee of Parliament.”

Mr Afoko is being held for his alleged role in the murder of the late former Upper East Regional Chairman of the New Patriotic Party (NPP), Adams Mahama.

Dumsor is killing me, I can’t sleep anymore – Vim Lady

A/R: Over 500 houses earmarked for demolition in Afigya Kwabre South

What to know about Somalia’s latest political crisis

Tension brewing at Ministry Of Foreign Affairs over recruitments of 320 family and friends; career diplomats in rage

I have no intentions to organize a dumsor vigil now, let me be! – DKB warns

‘I won’t act on hearsay, mere allegations’, give me evidence – Akufo-Addo

Zebilla: Fighting snakes, animals to learn under trees — The struggles of pupils of Asobelaga Anglican Primary