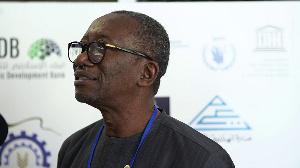 The President of the Ghana Institute of Engineers, Mr Leslie Alex Aryeh, has said the decision to partner with Egypt Air should properly be accessed to know how beneficial it will be for the country before it is finally accepted.

He said he would wish the country did not partner with Egypt Air since the chances of the country gaining revenue is small.

“The government knows why it is talking to Egypt Air but I’d rather that we didn’t talk to Egypt Air and rather have some investors so we can build our local industry, because when decisions have to be made in the long run, especially when it comes to the hub they will want it there in their country.”

Mr Aryeh explained that the merger could affect intentions adding that matters of conflict of interest could arise, “so we need to rather bring in the private sector because that way we could be helping businesses grow locally,” he said.

He further stated that “they (Egypt Air) would also want to look into their interest, which becomes a bit dicey."

The Engineer suggested that government should rather create an enabling environment for local Airlines and instead invest in them.

Meanwhile, the government of Ghana is considering plans to partner with Egypt Airlines to boost the national Aviation carrier.

Diakabi on the racist scandal: The story is not over. I want Kala to be punished
Agent Hakimi: If Inter were still playing in the Champions League, they would have gone all the way to the end. He is good
PSG may sign Sancho if Mbappe does not renew his contract. Manchester United remain Interested in the midfielder
Ronaldo was nowhere near the leader. Juventus didn't get any better with him, they'd better go their separate ways. Ex-Juve player Mauro about Cristiano
Pep Guardiola: Man City will play in the Champions League for the 11th consecutive year. This was not possible for anyone in the Premier League
Yevgeny Savin and Tennisi held the first selection for the Krasava football club
Aguero's agent is based in Barcelona. Barcelona are Interested in the player

Diesel price to fall, petrol to remain stable in second half of April – IES