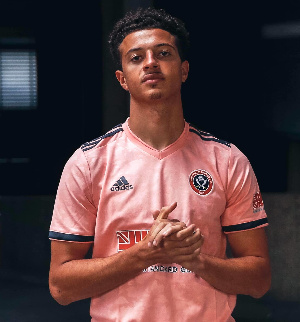 Welsh international midfielder Ethan Ampadu has opened up on his loan spell with English Premier League side Sheffield United.

The 20-year old joined Sheffield United prior to the start of the 2020/21 season and has been exceptional for his outfit.

He has made 27 appearances for the club since joining the bottom club with 21 games being Premier League matches.

Having featured in all three positions at the back as well as in the midfield, he believes the season has been a major learning curve for him.

"It's been a huge season for me, the biggest I have had as a footballer."

"I will take everything away from it that I can. Whether that's learning and adapting to the Premier League, watching games back on myself, and seeing what I can improve on, which I do regularly anyway, off the pitch stuff, mentally, how to look after myself," he said.

The Welsh international will return to the Blues at the end of the season and he will be looking to add to the 12 senior appearances made after joining the club from boyhood club Exeter City in 2017.