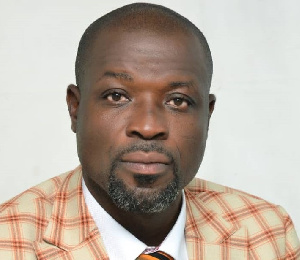 Speaking to MyNewsGh Mahama Haruna said over the years the Council of State had been stuffed with “very old men” and that it was time to inject in “fresh blood”. He said; “the people who are always chosen to serve the Council of state in our part of Ghana are usually elderly people who wield respect in society but have always disappointed the people”.

Aged 44, the General Manager of award Winning Bole based Nkilgi FM said; “I am rich in energy and exuberance to help advice the President on matters bothering on youth development”.

The former National Union of Ghana Students (NUGS) General Secretary Mahama Haruna said having been in the media for 18 years with much inputs in the media landscape especially in the Savannah Region, he could also advise the President on matters of development in the Region”.

Mr Mahama said he was a government appointee to the Bole District Assembly from 2005 to 2009 and would join other council members to advise the President on implementation of bye-laws for the benefit of Metropolitan, Municipal and District Assemblies (MMDA’s) in the country.

“I will sacrifice my salary for the first one year as a Member of the Council of State to the various Metropolitan and District Assemblies to embark on education projects to set an example for able individuals to support the quest for access to quality education”; Mr Mahama disclosed.

An optimistic Mahama Haruna further said “The Council of State consist of one representative from each region of Ghana elected, in accordance with regulations made by the Electoral Commission under article 51 of Ghana’s constitution, by an electoral college comprising two representatives from each of the districts in the region nominated by the District Assemblies in the region. I am optimistic the Assemblymen that will be selected vote will settle on me to represent the region”.

The Council of State of Ghana has a very significant role to play in the governance of the country, as it is enjoined by the 1992 Constitution (Chapter 9, Article 89) to “counsel the President in the performance of his functions”.

The council is to “consider and advise the President or any other authority in respect of any appointment which is required by the Constitution or any other law to be made in accordance with the advice of, or in consultation with the council”.

Also, upon request or on its own initiative, the council is to “consider and make recommendations on any matter being considered or dealt with by the President, a Minister of State, or any other authority established by the Constitution”.

Over the years, the council has mostly worked silently in the background, fulfilling its mandate as enshrined in the Constitution.