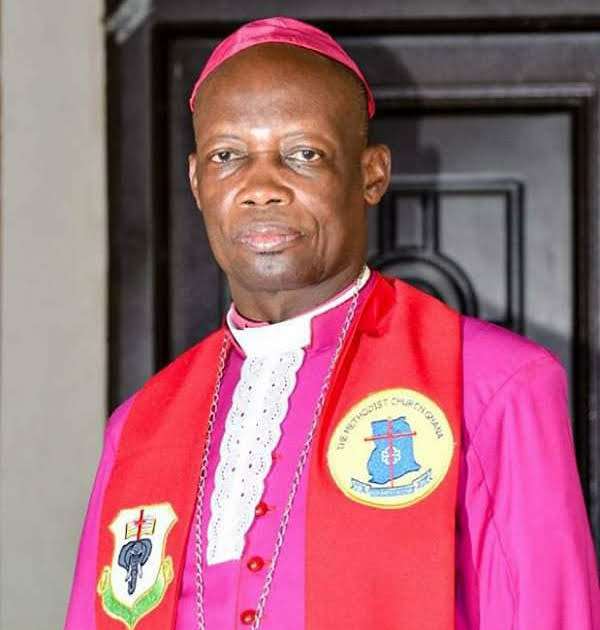 The Methodist Bishop of Sunyani, Rt. Rev Daniel Kwasi Tannor, is calling on Ghanaians to join hands with the government to win the fight against illegal mining, popularly called galamsey, devoid of politics in the supreme interest of the country.

According to him, the fight against galamsey to save our forest and water bodies is far from over and urged the government not to relent in its efforts to win this battle.

“We appeal to Nananom, District and Municipal Assemblies, Churches and the good people of Ghana to throw their weight behind the government. This fight must be devoid of political colours. We must all forge ahead till the ghost of Galamsey is exorcised from our land”, he stated.

The Rt. Rev Tannor was speaking at Abesim near Sunyani during the 42nd Annual Synod of the Sunyani Diocese of the Methodist Church Ghana, which was attended by about 130 delegates from the 16 Circuits in the Diocese.

The four-day Synod, which was on the theme, “Discipleship: Teaching everyone to live like Jesus Christ”, took stock of the various programmes and activities of the church, especially within the Sunyani Diocese and devised mechanisms with the view to improving on the areas that required new approaches in handling them.

Touching on homosexuality, the Rt. Rev. Kwasi Tannor was emphatic that “the Sunyani Diocese of the Methodist Church Ghana unreservedly rejects homosexuality and all its trappings.”

“I take this opportunity to exhort the youth of the country to reject homosexuality in spite of whatever attractions and material wealth it brings. The recent debate on LGBTQ+ seems to have died down, but it is evident, its adherents are working underground to lure our young ones to partake in its wicked activities”, he further said.

The Diocesan Bishop observed that many vibrant youths found on the streets have become victims of unproductive activities such as robbery, drug abuse, cyber fraud and violence as a result of the craze for money and the lack of employment, saying; “they desire to partake in anything that would provide them material relief.”

As a way out, he called on the government, Non-Governmental Organisations and in particular, parents to teach the youth not only to be aware of the ripple effects of their actions and inactions on society and themselves, but also engage them vigorously in educational programs, vocational and entrepreneurial skills training to make them self-reliant.

Rt. Rev. Kwasi Tannor commended Very Rev. Samuel Kusi Appiah, a past Sunyani Diocesan Youth Organiser of the Church for his exemplary work during his tenure in office.

The Bishop recounted how Very Rev Kusi Appiah and his wife fully sponsored the training of 53 youth in the Diocese in soap, shower gel and liquid soap making, with some of the beneficiaries currently earning decent living as a result of the training.

For her part, the Bono Regional Minister, Justina Owusu Banahene, touched on the need for Christians to lead lives worthy of emulation and shun all acts that drag the name of their religion into disrepute.

She noted that moral decadence, corruption and all other ills in the society could be effectively tackled if Christians played a key role in the fight against them.

As part of the programme, the Diocesan Bishop inaugurated the “Methodists in Media” team, made up of media practitioners in the church to help them to add value to their work. The Diocese hopes to organize workshops for them to broaden their scope and offer them the impetus to update their knowledge in their profession.

Robbery Attacks: ‘Police are not God’

Government urged to create account for immunisation at MMDAs

Kantanka’s photo of an armored car is altered and misleading

is spiritual, I choose music over books – Kojo Wadosty

Robbery Attacks: 'Police are not God' - Sam Pyne to Ghanaians

GhanaWeb FactCheck: Kantanka's photo of an armored car is altered and misleading

Flasback: Crime has no colour, so is security – IGP to political parties

Flashback: Crime has no colour, so is security – IGP to political parties

Third principal to be killed in the area, says concerned Lesufi

‘Ghana Migrated To DTT Before Deadline’

Anell Agyapong graduates from the University

Third principal to be murdered in area, says concerned Lesufi

Ghana is an ‘eyesore’ – Akufo-Addo