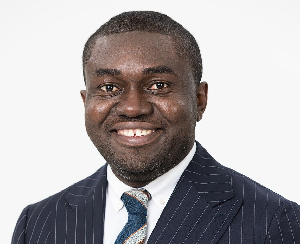 Oliver Barker-Vormawor, a convenor for the #FixTheCountry campaign

Oliver Barker-Vormawor, a convenor for the #FixTheCountry brigade has accused the government of either pretending to fix the problems or deliberately failing to deal with the issues.

Oliver Barker-Vormawor said on Joy News that the issues being raised by the campaigners and structural and must be fixed.

He urged the government to draw lessons from history in its bid to address the issues by the youth. He also proposed an engagement between the government and the youth in the country.

“Let’s go back to the basics in the process that brings everybody into the conversation that the problems that government thinks it knows, that the problems that about 600,000 people are tweeting about, putting up online can be brought into a framework and a structure and we can have a conversation that compromises are made, negotiated, arrangements are arrived at, that meets the needs of every Ghanaian.

“And we need to put that process in place. Without that process, we‘ll just be fighting each other and claiming that somebody who’s saying that it’s the structure of government is not saying anything specific,” he said.

The legal practitioner also responded to calls by some people for the group to be specific with their demands.

He suggested that government must go down to the level of the lay Ghanaian and take inspiration from how previous governments handled issues like this.

“One was elites led where we had a minute commission where they developed the constitutional proposal and Rawlings as head of June 4th then declared it so, and it was proclaimed to be the constitution.

“Now, if a lot of the young people who are speaking were born after the 1992 Constitution and haven’t seen it live up to its promises, then we need to refix the structure.”

According to him, “even the substance of how we do partisan politics in Ghana is something that we have to engage with.”

Only N30M Will Make Me Cut My Hair – Uti Nwachukwu

The White House opens a new era of cybersecurity