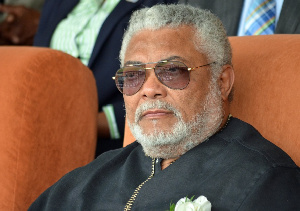 The funeral which is being organised by the state, begins with a mass at the Holy Spirit Cathedral and a vigil at the Air Force Officers Mess in Accra on Sunday, January 24, 2021.

He will then be laid in state on Monday, January 25, and Tuesday, January 26 at the Accra International Conference Centre for heads of states, heads of security agencies, leaders of political parties, interest groups and members of the public to have an opportunity to pay their last respects.

The burial service will take place on Wednesday, January 27, at the Independence Square in Accra, from 9 am to 11 am after which he will be interred at the Military Cemetery in Accra, the government’s designated burial ground for all former Presidents.

Below is a live stream of Catholic Requiem Mass:

Font ruled out buying Holand or Mbappe in the summer: To say the opposite is to lie to Barca fans
Sporting extended the contract with coach Amorim until 2024. The club leads Portugal by a 12-point margin
Moreno has scored Villarreal's last 5 goals in La Liga. Best result at the club since Bakambu in 2017
Schalke have not won 10 matches and are last in the Bundesliga. They have 10 points in 24 games
Monchi apologized to Koeman for calling him a whiner. He also apologized to Messi
A player from the 3rd division of Guatemala was disqualified for 5 years for hitting a referee in the face
Benzema can play with Atletico. He returned to the general group of Real Madrid

We Must Not Play Politics With Vaccines – Gbajabiamila

Mahama's recent behaviour 'worrying', he should be careful - Nana B

EC chair must be elected, not appointed – Odike proposes

‘I Want To Work With Rihanna. It’s Something My Team Is Working On’

Akufo-Addo swears in Alan and 27 other ministers of state

Afia Schwarzenegger’s Son Denies Running Back To His Girlfriend After His Mother “Disgraced” Her, Says The Video Circulating Is An Old Video