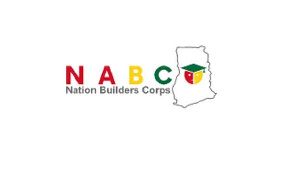 NABCO trainee’s contract is scheduled to end in October 2021

• Over 49,000 trainees have been absorbed, says Akufo-Addo

The beneficiaries of the Nation Builders Corps, (NABCO), have called on the government to retain them as they do not want to go back to their unemployed state.

According to the Patron of Nabco Trainees, Nana Barimah Asamoah, the government could extend their services until they are ready to absorb them into permanent jobs rather than allowing them to go back to their unemployed state.

"The contract ends this week per the engagement letter. But I will say for now there hasn't been any communication as to modalities or directives pertaining to our existence on the scheme. (Government has not said) whether they are ready to give us a permanent job that we requested for, or they will extend the contract until the time we are absorbed to the permanent mainstream works," he said.

Speaking in an interview with GhanaWeb, he said, that they are yet to receive a communique from the government on their plans for them so far their services end in two days.

"So for now, we are appealing to the government, we have sacrificed remarkable, and worked tremendously even if you check the situation of Heal Ghana nurses you will realize that nurses are striking but because of the presence of these workaholics nurses under the Heal Ghana we are not feeling the impact based on the sacrifices. Based on this we will appeal to the government that now that the contract has been exhausted we will wish that trainees are not retrograde back to their state of unemployment. Government should communicate with us in regards to our request for a permanent job or extend the contract. So we don't retrograde back to our unemployment.”

The NABCO trainee’s contract of employment with the president and the stakeholders is scheduled to end in October 2021 as per their letter of engagement.

This means after the said date, trainees who are currently with NABCO will be laid off or retained by some stakeholder based on the skills acquired within the three-year of working.

In this regard, some trainees have started advocating for a permanent job by petitioning the president.

Meanwhile, the president, Nana Addo Dankwa Akufo-Addo, has revealed that over 49,000 Nation Builders' Corps (NABCo) beneficiaries have been absorbed into the public sector.

He added that some have become entrepreneurs after gaining the needed experience.

Speaking on Kumasi based Ash FM as part of his tour of the Ashanti Region, he said more young graduates will be benefiting from the programme.

“49,000 have so far transitioned either to permanent employment or working for themselves. That's nearly 50% of the beneficiaries,” He said.

We are working out incentives for SDG-focused investors - GIPC

Farmers' Day: Agric Minister to visit five northern regions to round off activities

Over 5 million vaccinated so far in Ghana - Akufo-Addo

This young lady entered university at 13, completed at 17

E-levy: We must unite and foil this e-robbery – Ablakwa

Hearts of Oak brought their juju to Algeria- JS Souara

KNUST medical student who passed on after €150K surgery buried

National Peace Council is a waste and irrelevant – Stan Dogbe

RE: Bawumia’s reputation damaged beyond repair

How Adwoa Safo became a sideshow in a Parliamentary showdown

It's not only about the money, be disciplined - Kosi Yankey to entrepreneurs

2 men fight over the paternity of 2-month-old baby

E-levy is a sign of incompetent economic management - Kpebu

SAFA is incompetent and know nothing about football - GFA Gen. Sec.

2022 budget: I took pain killers just to go to Parliament and vote - Napo

Your vision for Ghana, Africa earned you Forbes’ recognition – SA prez to Akufo-Addo

Your vision for Ghana, Africa earned you Forbes’ recognition – SA president to Akufo-Addo

Wijnaldum rescues PSG after Lens leave Messi in a daze