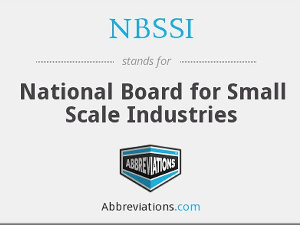 The Executive Director of the National Board For Small Scale Industries (NBSSI), Mrs Kosi Yankey-Ayeh, has revealed government’s stimulus package has been distributed to 120,0000 businesses in the country so far.

In an interview on 3FM 92.7 Thursday, August 13, she stated that the monies were given only to registered businesses that went through the application process.

She stressed that “over 120,000 have received the stimulus package”.

As part of efforts to ease the economic pressure on Ghanaian businesses posed by Covid-19, the government earmarked a GH¢600 million stimulus package to be distributed among small and medium scale enterprises.

This is to help the businesses keep their heads afloat in the midst of the pandemic.

Reacting to concerns by the hotels that they will lay off workers because they have not been able to access the stimulus package, Mrs Yankey-Ayeh said: “We said we were starting with the micro businesses and majority of the beneficiaries from the hotel industry do not fall in the micro. So, from that process forward we had not moved on with them because they do not fall under the micro.”

“So when we got into the disbursement for the small and medium businesses, we reached out to the majority of their associations because we realized that majority of them who have applied did not have data or that the data they provided was not sufficient.

“We also realized that during the disbursement, even though some of the associations were giving us data, they said they do not have all the names of their association members

“Looking at the challenges we had faced in the micro aspect and to avoid these challenges going forward, we asked that they must provide data on the members of the association who applied.

“I am not sure the hotel association gave us all their members. Yes, they gave us data but like majority of the associations, the data that was provided was not complete,” she said.

Juventus contacted Lyon yesterday about Aouar's transfer. There has been no offer yet
Lyon is ready to lower the price of Depay. Now the club demands 25 million euros from Barca
The Oxford bus was blocked for 6 hours due to antiseptic. I had to take a taxi to the match
Alonso went on the bus at half-time against West Brom. Lampard was angry as ever
Zidane on Hazard: It's ready. He has long been concerned about a serious problem, but now everything is fine
Ex-Atletico midfielder Futre on Felix and Fati: I will choose joau. He is special and will soon compete for the Golden ball
Miranchuk will return to the General group of Atalanta after a break for national team matches
Source https://www.ghanaweb.com/GhanaHomePage/NewsArchive/Over-120k-businesses-have-received-stimulus-package-NBSSI-1033498

EC never struggled to do its work under NDC – Murtala

Ghanaians have waited too long for you – Chief to Naana Jane

Secessionist attack: All 31 of my clients not members of separatist group – Lawyer

Illicit money flows from Africa near US$89 billion - UN study

Nobody can claim a part of Ghana – Mahama chides secessionists

Divorced wives must receive half of husband’s properties – CHRAJ Boss

Secessionist attack: STC cancels all trips from Ho to Accra

Western Togoland: Government not sleeping on the job - MP