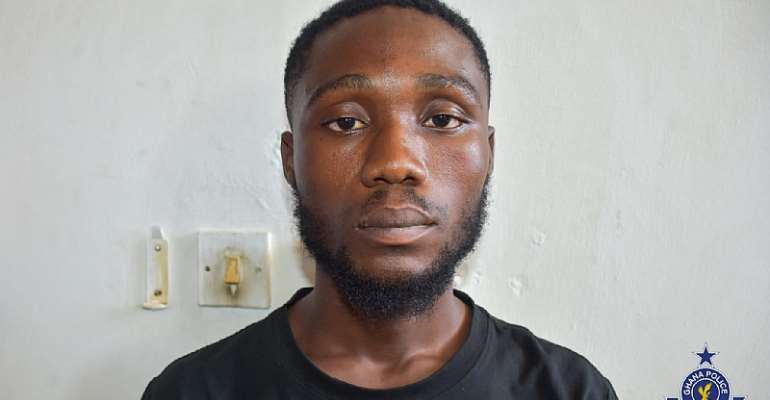 Police have nabbed a 22-year-old man, Vincent Tawiah at the Accra Mall for allegedly defrauding people in iPhone deals.

The suspect, according to police under the pretext of selling iPhones, succeeded in getting his victims to send him the money in advance and then fail to deliver the item.

He was arrested by officers of the National Police Operations Department on Monday 10th May 2021.

“The suspect's modus is to advertise the iPhones on Instagram and other social media platforms for prices ranging from One Thousand One Hundred Ghana Cedis (GH1,100.00) to Five Thousand Ghana Cedis (GH5,000.00), less than the market prices of iPhones. When contacted by interested persons, he would ask them to send mobile money to the mobile phone account number 0551978205 registered in the name of Rhydale Addae,” the police said in a statement.

Police say they used one of Vincent’s victims to bait and arrest him.

“Other victims have since come forward to identify Vincent Tawiah as having defrauded them.”

Police have since called on the public to provide them with further information to assist in their investigations.

Police urged the public to report to the National Operations Department at the Police Headquarters, Ring Road Accra or call 0238894764 if they have any information regarding their dealings with the suspect.

Two youngsters nabbed, one on the run after burnt body found in car boot in Klipgat

#GhanaWebRoadSafety: You can be jailed for tinting your car windows, here’s why

We look foward to working with you

I have nothing to hide – Kwabena Donkor to Godfred Dame

I Will Return Tithes And Offering Of ‘Sinful Members’: Pastor Kumuyi