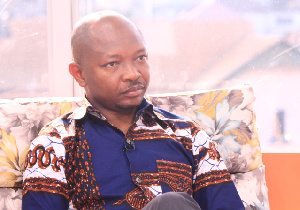 Former Member of Parliament for Kumbungu, Ras Mubarak, is advocating for a change in the leadership of the NDC in Parliament.

According to him, there is the need for a radical alternative that will not give in easily to the government.

He believes that a shake up in the leadership will help put the government in check and avoid the ‘business as usual’ mantra of the lawmaking house.

“Shell-shocked. A shake up in the leadership of the NDC in parliament will do a world of good. A radical alternative,” he said in a post on Facebook.

The three were Mavis Hawa Koomson, Kojo Oppong Nkrumah and Dr. Akoto Afriyie who were not given clearance for approval by the Minority in Parliament.

VAR did not count West Brom's goal for offside. Although the author of the goal was probably in the right position
Chilwell on the match against Porto: We only did half the work. Chelsea should not be relaxed
Conceição on Chelsea: Porto have a tough task ahead of them, but we came here to solve it
Presnel Kimpembe: It will be a huge achievement to knock out Bayern, because they is the best team in Europe
Mauricio Pochettino: Bayern are the best club in the world at the moment. Anything can happen
Gagarin was very fond of sports: he played water polo, hockey, volleyball and more
Ibrahimovic broke the anti-bullying rules. He had lunch with Abate and two other people at the restaurant

Prince Philip was ‘a legend of banter’ and ‘master of the barbecue’, says Harry

Couple Robbed At Gunpoint In Takoradi