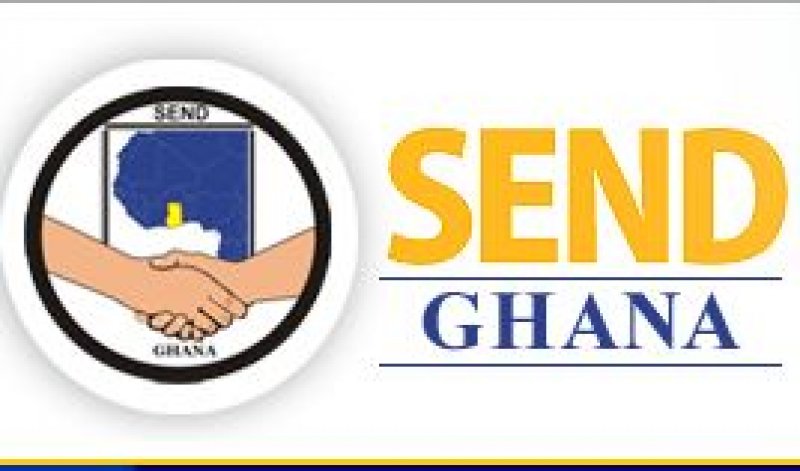 He said the President must honour his pledge to “defend the right of the media to free expression and promote accountable governance” adding that “if our democracy must advance, freedom and independence of the media must be guaranteed as enshrined in the 1992 constitution”.
Mr Kamara said this in a press release copied to the Ghana News Agency (GNA) calling for prompt investigation into alleged verbal abuse on Erastus Asare Donkor, a Multimedia Group journalist.
“SEND GHANA has followed media reports with keen interest in the alleged inflammatory comment by the Member of Parliament (MP) for Assin Central, Mr Kennedy Agyapong, against a Kumasi-based journalist working for the Multimedia Group.”
He said Mr Agyapong who is also the Chair of the Parliamentary Select Committee on Defence and Interior, was alleged to have incited the public against the journalist in a live television programme and called for him to be beaten mercilessly.
The CEO said the MP reportedly said “this boy should be beaten seriously. He is so annoying. We should beat the hell out of him”.
He said SEND was of the view that such abusive comments attributed to the MP did not only constitute threats to the life of the journalist, but also had the potency of undermining Ghana’s democratic credentials and an affront to press freedom.
Mr Kamara also said SEND GHANA was pleased to learn that the Multimedia Group had filed a formal complaint and petitioned relevant authorities to investigate the issue, while asking for state security and protection for the journalist.
“We extend our support to the media group and join hands with well-meaning Ghanaians, International Organizations, and Civil Society in demanding a prompt resolution to this grave matter from institutions of the state.”

He urged the security agencies and Parliament in particular, to expedite investigations into the alleged conduct of the MP and exact the appropriate sanctions.

The CEO said it was worthy to note that Ghana ranked low on the 2021 World Press Freedom Index compared to previous years, while maintaining its 30th position in 2020.
He said a report by the Reporters Without Borders attributed the country’s low ranking to the failure of the state to deal with the growing threats on the lives of journalists.

“We wish to caution that Ghana risks rolling back further if we allow needless and unwarranted attacks on journalists, especially by public officials with impunity in the exercise of their profession.”
GNA

Karasev will serve Liverpool's match with Porto in the Champions League on September 28
Arteta about difficulties: Arsenal had to go through this and become stronger. We will build something powerful
Pioli on Milan's victories with an abundance of injuries: We are becoming a truly mature team
Nigmatullin about Semin's departure from Rostov: Palych realized that he could not do anything with this team, apparently
Marotta ob Onana: An Interesting goalkeeper, but Inter values Handanovic
Messi rents a house in Paris for about 20 thousand euros a month
Yuran about the victory of the Khabarovsk SKA: He said at the installation that it was necessary to congratulate the governor on his victory in the elections

20 Landlords in court for lack of toilet facilities at Bole

Bear with us on border closure – Oppong Nkrumah

Henry Quartey not only competent but efficient

Henry Quartey not only competent but efficient - Ishmael Ashitey

Ben Affleck healthier than ever, thanks to Jennifer Lopez

One injured as NPP supporters clash at Awutu Senya East

Th4kwages was formed to bring respect to Hip-life – Fiifi Selah

How your clothing ’hauls’ are messing up the environment

Fake pregnant lady in Takoradi was not forced to confess – Police

How a nurse quits her job to sell herbs

How a nurse left her job to sell herbs

Quick recovery of economy from COVID, number one priority of Government - Info Minister

What does Milovan Rajevac’s second coming mean for the Stars?

A ‘cult hero’ returns: What does Milovan Rajevac’s second coming mean for the Stars?

Boost for Ghana as midfielder Jeffrey Schlupp recovers from injury

Ghana midfielder Kwadwo Asamoah linked with a move to Napoli

UK is committed to opening up international travel

Netflix orders Season 3 of ‘The Witcher’

UK is committed to opening up international travel - High Commission

Family and neighbourhood of 'kidnapped pregnant woman' in shock over confession

I’m out of Parliament for the benefit of the nation

Don’t be an armchair Chief Executive

I hope Hearts will go and prove something at WAC

This is jealousy they just want to destroy my name

Russia’s Blueprint For Success in the Middle East

“Shatta Wale speaks and dresses anyhow, the reason the industry does not attract investors” – Camidoh » ™

Typhoon Mindulle could become a super typhoon and threaten Japan