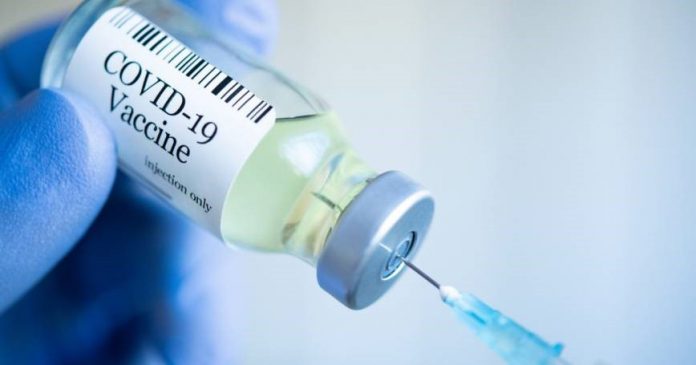 A number of public and private hospital security personnel in Wa are raising eyebrows over their inability to take part in the first batch of the COVID-19 vaccination exercise.

“As for me, I heard that they are doing the vaccination, but as to where they had it, I have no idea”, one of the security personnel at a public facility said.

“For me, I was aware about the vaccination, but I heard in the news that the first batch was for the doctors and the nurses that is why I didn’t bother myself to look for them”, another one said.

They all expressed their willingness to take the COVID-19 jab and appealed to health authorities to include and ensure every one of them was vaccinated, saying, they were also health staff.

The interview is under the Mobilizing media to fighting COVID-19 Project by Journalists for Human Rights in collaboration with the Ghana Journalists Association.

Pacesetting Ghana was the first country to receive Covid-19 vaccines through the World Health Organization’s COVAX programme on February 24th, 2021.

The shipment, consisted of 600,000 doses of the AstraZeneca vaccines, produced by the Serum Institute of India, in the Indian city of Pune.

The target group for the first phase were health workers, persons with underlying comorbidities, frontline personnel, which included security and the media living in Greater Accra, Ashanti and parts of Central regions received their first dose of the COVID-19 vaccine from March 2.

This provided a level of protection for members of the population most at risk of contracting the virus.

Importance
COVAX is an international coalition set up to give equal access to the vaccine to all countries. Wealthier nations have, in the past, been accused of “hoarding” vaccines and leaving African countries behind in the race to inoculate their populations.

To maximise the public health benefit of the vaccine, the first doses in Ghana were prioritized for health and essential workers, including; security personnel and the media as well as other at-risk groups.

Dr Damien Punguyire, the Upper West Regional Director of Health Services, when contacted disclosed that the region had so far received a total of 10,000 vaccines and was able to vaccinate a total of 9,783 people with 217 representing 2.2 per cent being wasted.

According to the data, Wa Municipal received a total of 2,170 doses of the COVID-19 vaccine and has since vaccinated a total number of 2,077 people including; health workers, some personnel of the security services and the media.

A total of 30 doses are still available and are expected to be used to vaccinate members of the health committee. A total of 63 doses representing 2.9 percent were also wasted.

Explaining what is meant by wasted, the Dr Punguyire said: “A vial is supposed to be given to 10 people, but if you open it and you use only seven, the remaining three doses is considered wasted after six hours.

“This usually happen during evenings where sometimes, few people are left to be vaccinated and you are compelled to open another vial because you cannot tell them to go and come the next day. In this case, the number of doses left cannot be kept till the next, hence, they are described as wasted”, he said.

Dr Paschal Kingsley Mwin, Wa Municipal Director of Health Services when in an interview, noted that the vaccine was for all health staff including; security personnel and cleaners among others.

According to him, no department of the Hospital was discriminated against as far as the vaccine was concerned, saying, information was sent out and that was how come they were able to achieve about 90 per cent coverage amongst staff.

The Wa Municipal Director of Health Services said the initial challenge was that some people were relaxed and waiting to see what reactions would come from those who went in for the dose first before they could make a decision to take or not.

“And some of them before they realized, the vaccines had finished”, he said.
Ghana began distribution of its first consignment of 600,000 COVID-19 vaccines in April 2021 to vaccinate priority groups including; frontline health care workers, government officials, security personnel, media personnel, and people aged over 60 as well as those with co-morbidities.

Second consignment
On May 7, 2021, the country again welcomed the arrival of 350,000 doses of the COVID-19 vaccines through the COVAX Facility (CEPI, GAVI, UNICEF, WHO), with logistical support from UNICEF.

These AstraZeneca vaccine doses, which were developed by the Serum Institute of India (SII), formed part of the larger 1.7 million consignment of doses allotted earlier to the Democratic Republic of Congo (DRC).

The additional 350,000 vaccines will contribute to the administration of the follow-up second doses, which is expected to start on Monday May 19th, for two weeks. Priority population groups include; health care workers and other frontline workers including; security personnel, media persons above 60 years of age, and persons with underlying medical conditions.

As it was the case during the first phase, the Ghana Health Service and Ministry of Health will initially target 43 districts, including; 25 in the Greater Accra region, 16 in Ashanti and two districts in the Central Region. Regional and district health directorates are sensitizing the population.

In addition to the COVAX support, Ghana has also received 50,000 AstraZeneca vaccines from the Indian government and 165,000 from MTN.

Ghana has so far vaccinated close to 900,000 persons against the virus, according to the Ghana Health Service.

The Upper West Region currently, has one active case of COVID-19 out of a total of 499 confirmed cases and 19 deaths so far.

Sensitisation
Mr John Viannie Maakpe, the Upper West Regional Health Promotion Officer noted that there was education and sensitization before and during the vaccination to ensure that the message got to all the beneficiary category of people.

“We have carried out announcements on mobile vans and radio stations about the COVID-19 vaccine and who qualified to take part in the first consignment”, he said.

Mr Maakpe who is also the Head of the Regional Risk Communication Team pointed out that if any security person did not take his or her dose yet, it meant that the person did not hear or have heard but refused to avail him/herself.

Madam Patience Sally Kumah, the Upper West Regional Director of the National Commission for Civic Education (NCCE) also noted that her office equally carried out sensitization on the vaccine in churches/mosques, radio stations, market centres and other public places across all the 11 districts of the region.

Cheating is something that comes with being a man

Editorial: Time to stop criminals in their tracks!

“You Are Insulting A Mother Like Me,” Tonto Dikeh Slams Trolls