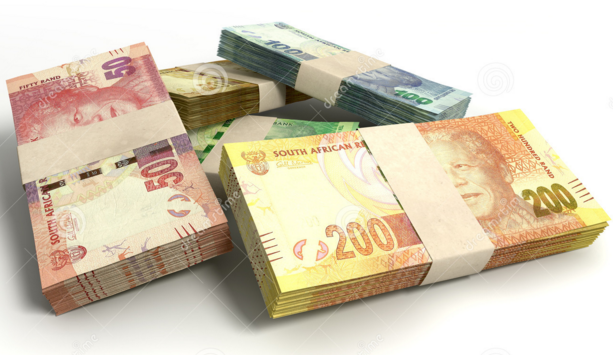 The South African economy should get a boost in the next 18 months with a number of jump-starts, Finance Minister Tito Mboweni said on Wednesday.

These include lower inflation, interest-rate reduction earlier this year, the recent gains in platinum group metals’ prices and the impending change to the electricity regulatory framework, the minister said in his budget speech in Parliament

“Budgets are complex, but the numbers are simple,” he said. “The numbers show that we have work to do.”

Steps are being taken to address South Africa’s lagging productivity growth and to reduce the cost of doing business, he said.

The BIZPortal, a platform designed to offer company registration and related services in a simple seamless digital way, will make it much easier to register a new business with the Companies Intellectual Property Commission, the South African Revenue Service, the Unemployment Insurance Fund, and the Compensation Fund in one day, according to the minister.

The commission has conducted inquiries into a number of sectors to strengthen competition, Mboweni said.

“South Africa is moving with the fourth industrial revolution. We are determined not to be left behind. We are relaxing regulations to help our flourishing FinTech sector,” said Mboweni.

He also talked about wasteful expenditure in the government.

“This is a vital step in restoring the confidence of the public in the government. We must get more value for our money,” the minister said.

The government is acting on fruitless and wasteful expenditure, he said.

Last year, Parliament amended the Public Audit Act to empower the auditor-general to refer matters to a public body for investigation and prosecution, take binding remedial actions and recover money directly from the culprits.

Mboweni explained that the task requires a dynamic and appropriate mix of quantity, quality, capacity and capability in the administration of the state.

“We are moving forward with reforms to the procurement system with a focus on value for money and maximizing the quality and quantity of services,” he said.

With the proposed Public Procurement Bill, the government will accelerate merging and consolidating public entities and propose a new law to stop excessive salaries in these public entities, according to Mboweni.

“We must also deal decisively with the excessive high cost of leasing government buildings,” he said.

According to the Business Union of South Africa, the country’s public finances “need fixing,” since revenue is insufficient to cover expenses and debt is heading toward unsustainable levels.

The organization believes that spending is imprudently directed toward consumption and debt-servicing rather than infrastructure and productive activity, a situation which will be compounded by worsening statistics including reduced GDP growth and a widening fiscal deficit.

Mboweni acknowledges he has a tough job at hand.

“Our economy has won before, and it will win again. We are part of the most vibrant continent in the world,” he said.

Demanding for disclosure of my salary is unreasonable, says GFA’s General Secretary –

Listen: ‘Why I’m not part of NDC’s COVID-19 Response Team’

Hearts of Oak to announce signing of four new players

Seth Terpker weighs in on impact of possible lockdown on economy

Manifest dispels rumours of father’s death due to coronavirus

Archbishop Bonaventure calls on public to adhere to lockdown directives

Player contracts should be extended due to Coronavirus –

Akufo-Addo to address the Nation today

Updates From Ministry On Covid-19 Measures

‘Focus On Needy, Vulnerable In Society’ — Akufo-Addo To Covid-19 Fund Board

This Is Not The Time For Cheap Shots, Opportunistic Jabs – Minority To Defense Minister

‘Focus On Needy, Vulnerable In Society’ • Nana To Covid-19 Fund Board

“This Is A Humanitarian Operation, Not War”

We Will Suffer If Coronavirus Persists After April – George Quaye |

“There Are Enough Test Kits To Test Everyone”

Sarkodie Reacts To J.Derobie’s Story Of How He Met Him For The First Time When He Was A Waiter At The Mall