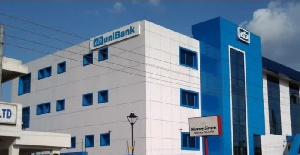 Defence lawyers in the uniBank case before the Commercial Division of the Accra High Court have raised concerns about the legibility of the pre-trial documents served on them by the prosecution.

According to the defence lawyers in their separate submissions before the court, some of the documents the state intends to rely on are not readable and therefore could not scrutinize it to the best of their ability for the Case Management to Commence.

They, therefore, prayed the court to direct the prosecution to do the needful thing to enable the Case Management Conference (CMC) to be held.

Some of the defence lawyers also informed the court that, the witness statements filed by the prosecution on July 10, are yet to be served on them.

The prosecution led by the Director of the Public Prosecution Mrs. Yvonne Atakorah Obuobisah though admitted to some of the concerns of the lawyers said the vast majority of the documents are legible.

She, however, urged the court to proceed with CMS while steps were taken to rectify the anomalise.

Justice Bright Mensah, Court of Appeal judge sitting with the additional responsibility as a High Court judge, in his short ruling said, the CMC will go on as scheduled.

He however directed the prosecution to make available all the documents, the defence lawyers are requesting for him.

The court also directs the prosecution to attend to the concerns of the lawyers regarding the legibility of those documents.

The business for today, Thursday, July 16, 2020, is for the parties to commence CMC which is currently underway.

A case management conference (CMC) is when both sides, the lawyers (if any), and the judge meet to talk about how to handle the case.

Previously in court, the 68 charges against Henry Paundit Asiamah and eight others were struck out as withdrawn.

The state while amending the charge sheet added three new charges from 68 to 71.

Early this year, the accused persons were charged with 68 charges but that was withdrawn today and replaced with new charges adding up to 71.

The accused persons all pleaded not guilty to the charges and were admitted to the same bail conditions as earlier granted by the court.

The new latest charges include falsification of uniBank account, conspiracy and defrauding.

Ex-Director of Valencia on the transfer of Ronaldo: in 2006, the club agreed with his agent and sponsors, but the deal did not take place
Klopp, Lampard, Rodgers and Wilder claim the award for the best coach of the Premier League, Pep-no
The authors of Showsport choose the winner of the Champions League: Chernyavsky - for Leipzig, Muiznek believes in real 🤪
Trent, rashford, martial and Greenwood are up for the award for the best young player of the season
Ronaldo started the 2016-17 season poorly – and then scored 10 goals in the Champions League play-offs and produced the best performance in the history of the tournament
Henderson, de Bruyne, Pope and Ings is among the contenders for the award for the best player of the Premier League season
The Bundesliga plans to start the season on September 18 with a match between Bayern – Schalke or two Borussia
Source https://www.ghanaweb.com/GhanaHomePage/NewsArchive/uniBank-case-Pre-trial-documents-not-readable-Defence-lawyers-tell-court-1009168

Friday debate: Who was the best Ghanaian player in the 2019/20 European season?

Friday debate: Who was the best Ghanaian player in Europe this season?

Akuapem Poloo Jabs Critics In Latest Post; Says They Hate Because She Has GLOBAL Recognition

Until Allowances Are Paid Us, We Won't Write Our Exit Exams – School Of Hygiene Students

I want to achieve a legendary status at Kotoko - Empem Dacosta

The Bride To Be? – Alleged Photo Of Joe Mettle’s Wife To Be Hit The Net (+photo)

I will play another season for Brekum Chelsea - Striker Kofi Owusu

Trump Bans TikTok, WeChat In US

BBNaija: #FreeErica Trends As Nigerians Come To Her Defense

Mahama has a long way to go in becoming President – Obinim

The Bride To Be? – Alleged Photo Of Joe Mettle’s Wife To Be Hit The Net

Isaac Dogboe Trolled On Twitter For Disrespecting A Sports Journalist

Did Akufo-Addo commission a 5,000-seater Cathedral only to become a ‘church persecutor’?

DJ Kaywise Surprises His Mum With A Car Gift

Solomon Asante nominated for USL player of the month of July

Zara Man Aka Skirt Man, Comes Out With A Local Drip Called ‘Korla’