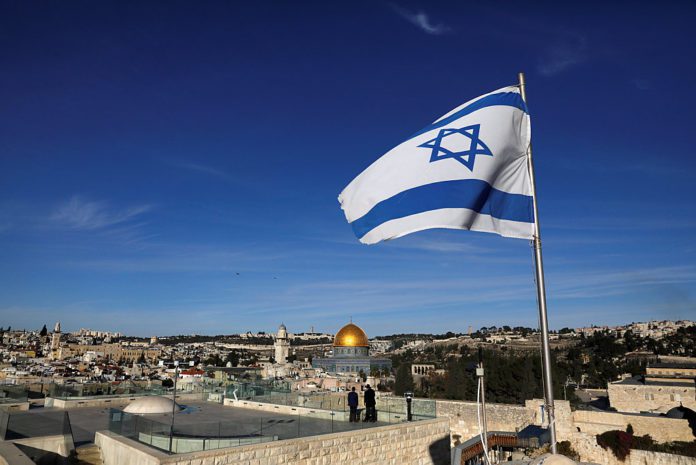 dpa/GNA – The United Arab Emirates (UAE) has approved the establishment of an Emirati embassy in the Israeli city of Tel Aviv, WAM news agency reported on Sunday.

The ratification was made during a cabinet meeting chaired by Sheikh Mohammed bin Rashid Al Maktoum, UAE’s vice president and prime minister.

The UAE, along with Bahrain, signed an agreement with Israel in September to normalize ties, the first recognition of the Jewish state by Arab nations in a quarter of a century.

Before the recent normalization agreements, Egypt and Jordan had been the only Arab countries with diplomatic ties with Israel.

While most Arab countries have vowed to never recognize Israel until a peace deal is struck with the Palestinians, the normalization agreements have shifted dynamics in the region.

Jose Mourinho: Bale had psychological scars after a couple of seasons with constant injuries
Andrea Pirlo: Juventus have everything to pass Porto, but we will not underestimate it
Pep about the championship: City need 6-7 wins. The opponents need to win everything and wait for our failures
UEFA suspended the referee of the PSG - Istanbul match until the end of the season for inappropriate behavior. The UEFA Control, Ethics and Disciplinary Committee (CEDB) has decided to sanction the referees who worked at the Champions League match between PSG and Istanbul on December 8
The Liverpool management considers the question of Klopp's resignation absurd. He retains full support
Jurgen Klopp: Liverpool will benefit from the Champions League, I hope. Let's go through Leipzig - we can become more confident
Laporta meets with Koeman and Barcelona players

Satellites team of 2009 better than this one – Agyemang Badu

Samklef Apologizes After Being Called Out

I wasn’t in Ghana to support LGBTQ+

Focus on strong collaborations among yourselves - Pres to ministers

Scores Arrested In Anambra For Holding Gay Party In Hotel

Samklef Blasts Simi For Calling Him Out Publicly

We need national dialogue on the family - Emerita Prof Ardayfio-Schandorf

Read The Lovely Post Serwaa Amihere Made To Celebrate Her Birthday

#WomensDay: The world has recognized women are active and strong part of football - FIFA Gen. Secretary

Covid-19 vaccination: Things you must know before, after taking your jab

IWD: Our survival depends on an empowered woman – Mahama

NDC must move on after Supreme Court Verdict – Moshake

IWD: Direct resources towards the development of women – Naana Opoku-Agyeman to gov't

U-20 Afcon: Ghana’s Fatawu Issahaku named player of the tournament

Dumsor is not back – GRIDCo

Ultra-Modern Plaza being built for Essikado

Lesson learnt! Do not disturb a cat during a spa day

Juve’s McKennie, a rare American making waves in Serie A |

I take my freekick inspiration from Lionel Messi – Precious Boah

I take my freekick inspiration from Lionel Messi – Percious Boah

We don't seek to dominate the world - FFF Secretary General