Indeed, John Mahama attributed their 2020 election loss to the Jean Mensa led Electoral Commission. The John Mahama led NDC subsequently walked out of Inter Party Advisory Committee IPAC.The NDC later proposed some measures to help the EC but the latter has noted that it will only consider those proposals if the former returned to IPAC. With the ongoing brouhaha over whether the EC should make the Ghana card the sole form of identity for registering for a voters’ ID, the unsolved impasse between the two has risen again.

Asiedu Nketia, the General Secretary of the NDC has explained in an interview that that they are ready to come back to IPAC on one condition. The NDC secretary said the problem of the NDC is not the NPP but rather how transparent the EC can be. They have called for transparency from the EC as the only card for them to return to the discussion table. 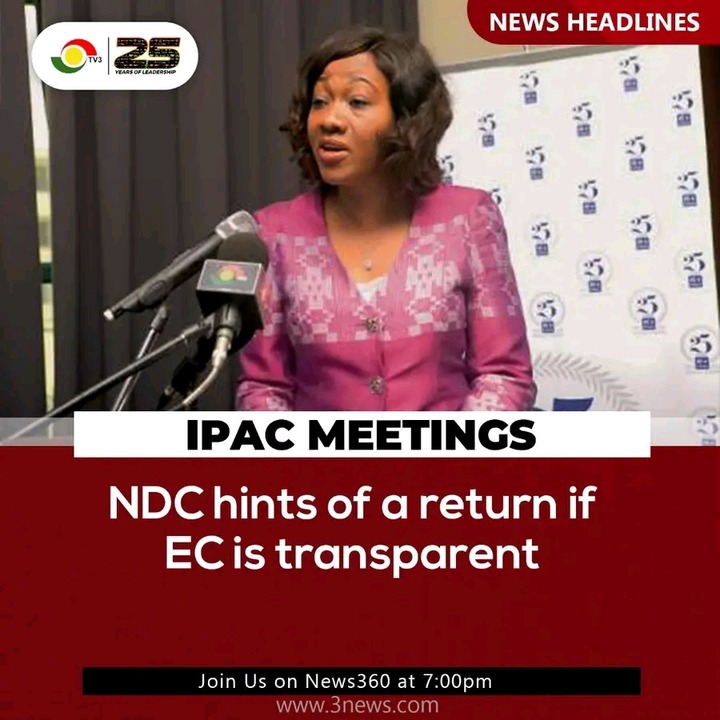