Tracey Boakye is noted for bragging and when critics ridiculed her after it was alleged that she and Papa No are having issues over her recent marriage to Frank Badu Ntiamoah, she decided to flex her bragging muscles once again.

Recall that sources online claim the actress and filmmaker has been thrown out of her plush East Legon mansion she had always boasted belonged to her.

Bloggers claim Tracey was sent packing because despite all the goodies she was milking from her mysterious sponsor she still went ahead to marry Frank Badu Ntiamoah.

Responding to the allegations, the mother of two said the house belongs to her and that she was merely moving out so she could rent it to a client.

She also shared a photo on her InstaStories holding wads of dollar notes which she claimed were paid to her by a prospective tenant while she was having fun with her husband in the bedroom.

Surely, our drama queen knows how to rise to the occasion anytime he crosses swords with the naysayers. 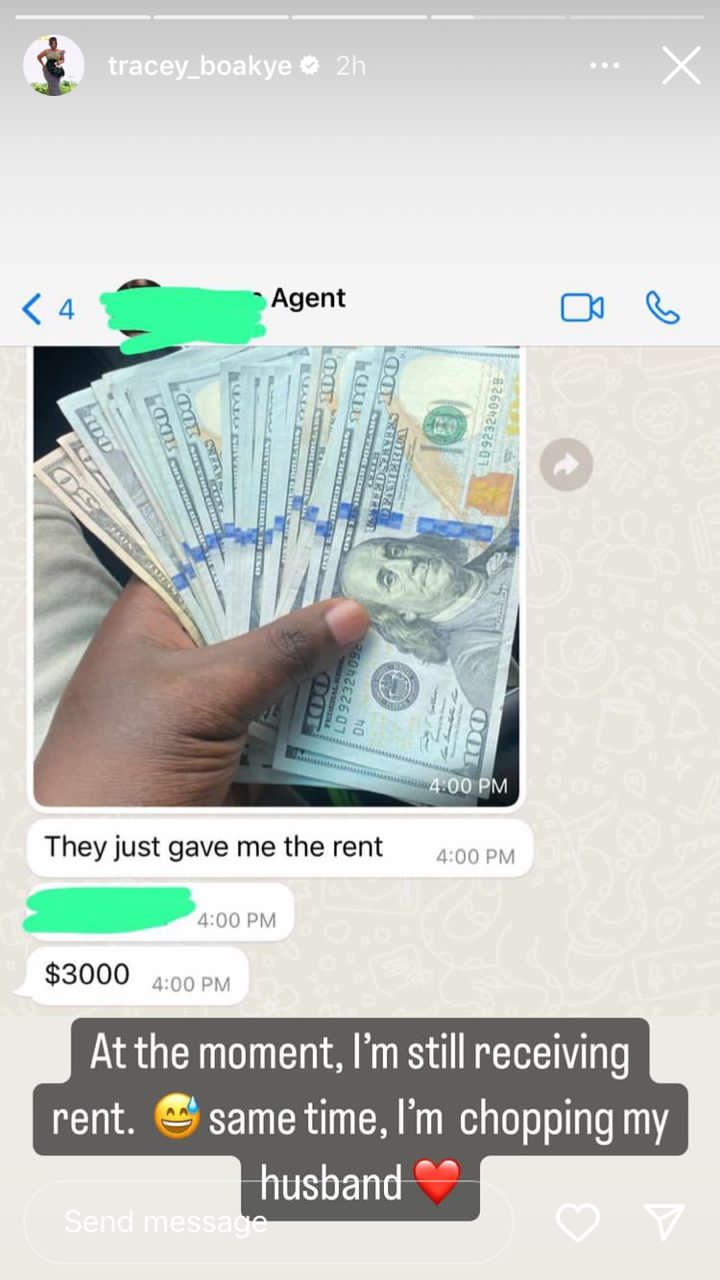