The prime suspect in the execution-style killing of 43-year-old Collin McPherson has reportedly confessed to the heinous crime, stating that the bullets were meant for another person.
McPherson, a father of four and a driver attached to the Ministry of Health, was shot dead by a lone gunman during the evening hours. At the time, he and some friends were hanging out in his front yard. 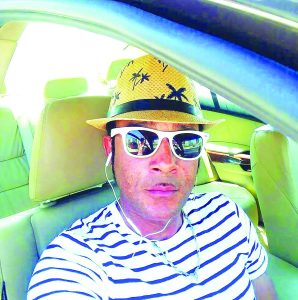 However, the suspect was arrested over the weekend and during interrogation, he confessed to the murder following a detailed statement that was given by the victim’s friend who was with the now dead man on the day he was killed.
The victim’s friend related that he was the target and not McPherson – information that was corroborated by the alleged shooter.
The friend explained that at around 19:50h on the day in question, he was at the Sophia Access Bridge in the company of another friend when the suspect and an accomplice exited a minibus.
According to the man, he and the suspect had a prior misunderstanding. Upon seeing the two men, the friend said he turned his head in a bid to avoid being seen by the duo.
However, despite his efforts, the suspect spotted him but he and his accomplice smiled at him and walked away.
A few minutes later, the suspect reportedly returned to the area with a firearm and upon seeing this, the friend hid behind a caravan that was concealed between some plants.
The man stated that there were two children in the area who saw him hiding and when the suspect approached, they gave away his hiding spot.
Upon uncovering his hiding spot, the suspect reportedly pointed the gun in his direction and told his accomplice to hand him a knife. However, the friend said he managed to stab the suspect during an altercation before making good his escape.
At around 21:00h that evening, the friend went to McPherson’s house where he was relaying what had transpired. At the time, other friends were present.
While sitting in front of McPherson’s home, the suspect turned up on a bicycle and walked towards the group of men.
Soon after, a loud explosion was heard, causing everyone to scatter. The friend said he jumped over the fence and began running. He added that he heard another loud explosion but continued running in a bid to save his life.
The friend related that he went to another friend’s house where he borrowed $200 which he used to get home. The following day, he went back to McPherson’s house where he learnt that the man was killed.
After he related his story to the investigators, they arrested the suspect who reportedly confessed that McPherson was not his target. The suspect is a security officer who also resides in Sophia, Greater Georgetown. He is expected to be charged shortly for the crime.