Death penalty among sentences for men who murdered Corentyne father

JUSTICE Sandil Kissoon, on Wednesday, sentenced five Berbice men for the murder of Corentyne phone card vendor Danian Anthony Jagdeo, who was gunned down during a robbery in 2017.

The mastermind behind the murder, Mark Dhuman and his wingman Abdul Andre Azimullah, were sentenced to death, while their co-accused, Abdul Zahir and Shannon Batson were sentenced to life imprisonment with the possibility of parole after 35 years. The youngest accused, Satesh Budhram was sentenced to 17 years.

Justice Kissoon took into consideration that Budhram was only 19 when the crime was committed and played a minor role. As such, he expressed the view that he can be rehabilitated.

The judge, while delivering his ruling at the Berbice High Court said that those who resolve to engage and embrace the path of crime and criminality that violates the dignity of human life and threatens the safety and well-being of members of society, must be prepared to accept the consequences of such conduct.

“In the present case, the multitude of aggravating factors and features of this crime reflect the inherent gravity and seriousness of the offence and places this matter at the extreme high end of the scale of gravity of seriousness,” the judge told the court. 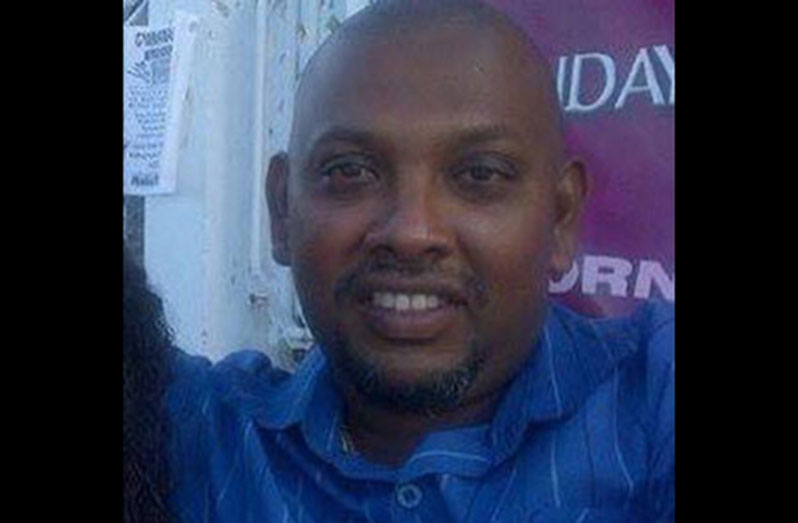 He said that the specific aggravating features and factors of the crime included the degree of planning, premeditation, and orchestration by the five accused. He also considered that a deadly weapon was used.

While reflecting on the factual circumstances of the case, Justice Kissoon said that five children have been deprived of the benefit of their father and a spouse denied the presence of her husband.

“A worthy contributing hardworking member of society, brutally murdered by a callous few who are before the court for financial gain, leaving a devastated family to enjoy an audio, no human being ought to be subjected to or to be made to suffer,” he said.

Justice Kissoon, while handing down the respective sentences, said that the victim was also a former teacher who influenced the lives of many.

This “heinous and unthinkable” crime, which was perpetrated by five men, who planned this joint enterprise and calculatedly executed, must be condemned in the strongest possible way, he added.

“There is not a shred of remorse, regret or sympathy for the horror, ruin and destruction they have heaped upon this family and society. But for the grace of God, almost irretrievably, members of society must be free to go about their business and to conduct their affairs without fear of being robbed or killed, the alternative is unacceptable, and cannot be condoned,” he said.

During the sentencing hearing, the victim’s widow, Mary Jagdeo in her impact statement, detailed how the criminal actions have not only resulted in the loss of her “loving husband”, but also affected her life.

“I have known my late husband, Danian Jagdeo from the age of 17. We met, fell in love and subsequently got married. It was the beginning of our unique fairy-tale. The beginning of our long, happy, successful life together, or so we thought.

“That unforgettable dreadful day, the 8th of February 2017, will be remembered by my kids and I forever. It started as a normal day, when my husband, the main breadwinner, left his four innocent children to go ply his honest trade… The murder of my husband came as a shock, one that literally broke our hearts into countless pieces, that are impossible to be mended,” the grieving widow said while fighting back tears.

In detailing some of the adverse effects the men’s greed has had on her life, Mrs. Jagdeo said: “My husband’s premature death has taken a toll on us psychologically, physically, financially and emotionally. As a single mother, a status I earned abruptly, I had to embrace the fact that he was shot and left to die like an animal.”

According to the grieving woman, she subsequently found out that she was pregnant while making funeral plans for her husband.

“I had to process that this unborn child would inevitably share no sacred moment with his dad. There is absolutely no way that I can sit and engage him in a conversation about a photograph he had taken out with his dad,” she said.

The woman told the court that she suffered from depression, but hid her pain from her children, as she struggled to maintain the family financially as a teacher.

“I am dealing with hiding my grief and being strong for my kids, and the numerous questions they ask every single day; questions that I can never give them answers to. I had to forcibly deal with attending graduation ceremonies with my kids alone,” the woman said.

Mrs. Jagdeo said that her husband’s life was “unforgettably, unfortunately, prematurely inhumanely snatched” from him and the five men should face the full brunt of the law.

“They must be allowed to feel what it is like to be away from family and friends. They need to pay for this injustice they caused myself, kids, my mother-in-law, sister-in-law, and other family and friends. Those responsible consciously planned and executed his murder, one that unfortunately change our once happy fairy tale life to one of pain and anguish,” the woman said.

She also read the bible verse from Deuteronomy 20:4 which says, “For the Lord, your God is he who goes with you to fight for you against your enemies, to give you victory.”

In closing, the widow said: “You never know how strong you are unless that’s your only option.”

The Guyana Chronicle had previously reported that, on the day in question, Jagdeo was making a delivery to Soman’s Grocery when one of two men followed him into the shop and opened fire.

The gunman relieved the injured Jagdeo of a bag that contained an undisclosed sum of cash and a quantity of phone cards before escaping with his accomplice, who was waiting on a motorcycle a short distance away.