By Renay Sambach Kaieteur News – Hours before the environmental permit for the Liza Phase 1 project expired, Guyana’s Environmental Protection Agency (EPA) announced that it has renewed it for another five years for Esso Exploration and Production Guyana Limited’s (EEPGL)—Exxon Mobil Guyana.

The initial permit officially expired at midnight on Tuesday, May 31, 2022.

The Liza 1 Oil field in the Stabroek Block first began pumping oil in December 2019 after hydrocarbons were found in commercial quantities in 2015. The field is being produced by a Floating Production Storage and Offloading (FPSO) Vessel—the Liza Destiny—with an installed capacity of 120,000 barrels per day.

Just last week during a webinar, international lawyer, Melinda Janki, had called on the EPA not to renew the permit until a better deal is forged for Guyana. 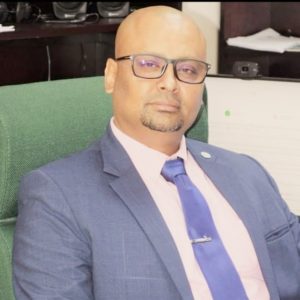 Janki had recommended for a new EIA going forward based in part on the fact that Guyana does have very strong laws in relation to EIAs. She lamented, however, “Those laws are not being implemented or enforced.”

The international lawyer had argued that the Liza I Permit should not be renewed, as the operations pose grave harm to the environment. Not only that but she also made reference to the miniscule “gains” from the company’s current operations, which far outweighs the damage being caused in the same process.

Other industry experts have advised Guyana’s regulator to ensure the document is used to secure a better deal for Guyana. For instance, Tom Sanzillo, Director of Financial Analysis for the Institute for Energy Economics and Financial Analysis (IEEFA), during the recent webinar, had said that the EPA should use the Liza 1 permit renewal as leverage to address the numerous shortcomings in the oil contract signed with ExxonMobil in 2016.

Notwithstanding the experts’ advice, the permit was renewed with a few changes underscored.

According to the EPA’s statement, the key provisions that were made to the permit are as follows: flaring, financial assurance, monitoring and grievance mechanism.

As it relates to flaring, the EPA stated that the new permit “strictly” prohibits” routine flaring and venting and that it specifies that flaring is only allowed during commissioning, start-up and special circumstances. Added to that, the EPA increased the US$30 charge for per tonne of carbon dioxide equivalents (CO2e) emitted as a result of flaring in excess of permitted periods to US$50 per tonne of CO2e.

For the financial assurance provision, EPA stated that the renewed permits ensures “that EEPGL is held liable for all costs associated with clean up, restoration and compensation for any pollution damage which may occur as a consequence of the project.”

It was stated too that the oil company is also required to have financial assurance, which includes a combination of insurance which it was stated must “cover well control, and/or clean up and third-party liability on terms that are market standard for the type of coverage.”

Also, there is a Parent Company/Affiliate Guarantee Agreement which protects and keeps indemnified the EPA and the Government of Guyana in the event of an environmental disaster and EEPGL and its co-venturers fail to meet their environmental obligations under the permit.

However, it was stated that the financial assurance provided must be guided by an estimate of the sum of the reasonably credible costs, expenses, and liabilities that may arise from any breaches of this permit. Notably, liabilities are considered to include costs associated with responding to an incident, clean-up and remediation and monitoring.

In relation to monitoring, the permit makes provision for the targeted monitoring of the effects of waste discharges from the project within the Area of Influence. The effluent streams to be monitored include, but are not limited to, produced water, bilge water, cooling water and grey water.

Also, the permit requires the submission of the effects of these discharges every six months and EEPGL is required to submit safety case information, including a risk assessment prior to the drilling and development of wells.

For the other key provision, the EPA highlighted in its statement that EEPGL is enjoined to establish and maintain a grievance mechanism in keeping with the World Bank’s Approach to Grievance Redress in projects. It was stated that this was done to ensure that complaints from individuals and communities who may be affected by the project are received and addressed.

There is also a requirement for reporting same and actions taken to address the grievances to the EPA.

Moreover, in its statement, the environmental agency was keen to note that the renewal was in keeping with the Environmental Protection Act Cap 20:05 and also with its careful consideration of EEPGL compliance with the first permit.

Additionally, EPA stated that from the knowledge and experience gained during the course of the project, “the renewed permit specifies further conditions and standards which will ensure that all environmental and social safeguards are taken for the protection of human health and the environment.”

The full text of the renewed environmental permit for the Liza Phase 1 project is available for download on the EPA’s website at www.epaguyana.org.