DEMERARA Bank Limited on Monday launched its no-collateral business loan, the “Farmers’ Credit Line,” which is aimed at providing better access to funding for rice farmers across the country.

The loan amount ranges from $1 million to $1.5 million with a 6.5 per cent interest rate per annum.

It was disclosed that the company has received 193 applications in just under three weeks and has approved 20.

President, Dr Irfaan Ali acknowledged the timeliness of the new loan programme, stating that the initiative would significantly enhance farmers’ ability to boost their productivity and increase the country’s capability to reduce the region’s food-import bill by 25 per cent by 2025.

President Ali commended the bank for this initiative, noting: “Any private sector institution that is looking in a forward way at improving things for a country must be responsive to national development priority, they must exercise responsibility to the people they serve, they must re-engineer the way they do things, they have to re-engineer the way they do things and they must re-energize themselves to meet the changing environment. And I’m very happy to say that Demerara Bank has demonstrated its leadership in every single area that I’ve identified.” 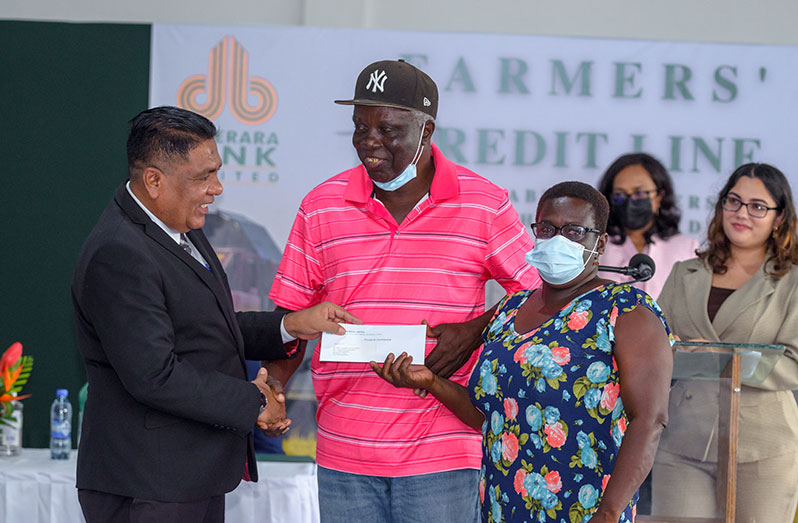 President Ali noted that this new credit line would provide the farmers with the resources to advance their operations and directly supplement the government’s vision of catering to the rising production costs worldwide.

Recently, President Ali announced that the government would be purchasing and distributing, free of cost, $1 billion in fertilisers to farmers all across Guyana as a means of absorbing the rising global costs for the commodity and to prevent the charges from being passed on to consumers at the market.

The $1 billion will be drawn from the $5 billion the government had set aside in the 2022 national budget to implement measures to ease the high cost of living for citizens, which is caused by the external economic shocks from the COVID-19 pandemic and the war between Russia and Ukraine.

Meanwhile, Demerara Bank’s Chief Executive Officer, Pravinchandra Dave, stated that the company envisioned the initiative to offset the significant changes in the cost of production for the produce. He noted that the company decided to extend a hand to the farmers to allow them to tremendously improve their production.

He noted that as part of the “Farmers’ Credit Line,” initiative, the bank has waived processing fees and commitment fees to widen the door further to allow easier access to the bank’s loan facilities. 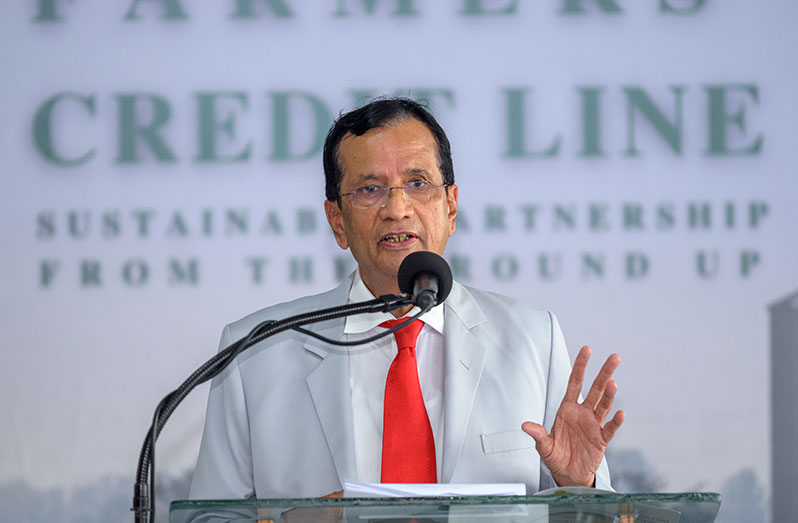 Minister of Agriculture Zulfikar Mustapha called the initiative “timely,” as the government continues to invest in rice farming. He noted that the initiative opens a door for opportunity and expansion for local rice farmers.

“Once farmers have easy access to credit facilities, then they are better able to make the necessary investment in their operations; therefore this programme is welcome. As Minister of agriculture, I believe this Farmers Line credit programme will bridge the cash-flow gap that many of our farmers experience,” Minister Mustapha said.

Between January and March 2022, Guyana’s thriving rice industry raked in approximately US$37,022,500, an equivalent of more than G$7.7 billion in export earnings, according to figures provided by the Ministry of Agriculture on Friday.

It was explained that these earnings were derived from the exportation of approximately 49,304 tonnes of rice and rice products during the first quarter of 2022. Importantly, export revenues from rice are expected to grow even more, since many farmers across the country are still harvesting paddy from the year’s first rice crop, which commenced with countrywide sowing in November 2021.

ON TARGET
At that time, the Guyana Rice Development Board (GRDB) had projected a bumper harvest, with most of the rice-producing regions being on target with their sowing. National sowing projections for the current crop were pegged at an overall target of 227,240 acres.

Last year, even with massive floods, the rice industry was still able to remain afloat, earning export revenues totalling GY$42.2 billion, an equivalent of US$201 million, resulting from the exportation of approximately 434,535 tonnes of rice, paddy, and its by-products.

In 2021, the industry also benefited from increased markets, as the People’s Progressive Party/Civic (PPP/C) government successfully secured the British Virgin Islands (BVI), and the European nations of Estonia and Slovenia as lucrative buyers of Guyana’s top-notch rice produce.

The country was also able to solidify a standard rice-supply agreement with its sister country, Barbados, to ensure that the island nation has a steady supply of the staple.