FROM investing back into their business, to doing work on their homes, to buying groceries and household items, fishermen across the country are already thinking of how they plan to positively utilise the $150,000 that they will soon receive from the government.

Fisherfolk of the Number 66 Fishermen Co-op in East Berbice, Corentyne, are in high praise of the government following the announcement by President, Dr Irfaan Ali of the $150,000 one-off cash grant.

Speaking with the Guyana Chronicle, they explained that the COVID-19 pandemic and the decline in the volume of catch had significantly affected their income.

The intervention by government, they said, will help them to get back on their feet and they were happy that their cries had been heard.

“Long now we need help and finally it’s here; we been suffering and many people had to leave the fish work and do something else but nothing doing. I glad bad, this mek me feel really good and me family can get to stock up cause things tight,” Rohan Busgit, a father of four told the Guyana Chronicle.

Chairman of the Co-op, Pameshwar Jainarine, also related that he saw firsthand the struggles boat owners and crew members had faced and noted that the intervention by government was well deserved.

“Catch is now a bit better this past month but it has been quite a while that most boat owners and fishers have been running in the red. Had it not been for the increase in price, it would have been much more tougher,” he said.

He continued that: “It’s about time the fisherfolk get some relief and this will make more people continue to go out to sea and fish. Many left to go spray rice, drive taxi or work on farms. This grant made many feel appreciated and that the industry matters so I know for sure many who were thinking about leaving will stay on and continue.”

For many like boat captain, Krisendatt Doman, 51, and who has been fishing since he was 14 years old, the grant means a lot to him and his family since he plans to use this money wisely. 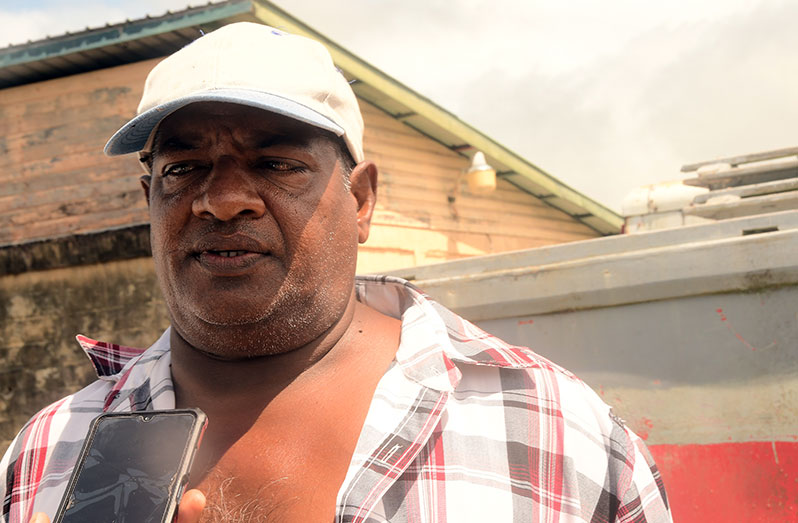 KNOW NOTHING ELSE
“I don’t know nothing else but fish; right now it’s really tough and it will be nice to get the grant since it will help cushion our challenges. I really happy for this and hope we can get it before Father’s Day,” he said.

On the East Coast, the fishermen are also looking forward to the grant and are grateful to the government for the financial assistance.

“I feel really nice. It’s going to help a lot of fishermen. At least we will be able to invest in things like sein, and so on,” said Rooplall Ragnath, 55, a fisherman from Mon Repos on the East Coast Demerara.

Ragnath, a fisherman for over 33 years, said life as a fisherman had been a bit of a “gamble”.

Kaeron Thomas, 39, of Montrose, a father of three school-aged children, said when he receives the $150,000 grant, he is hoping to do some construction work on his home.

Cost of living across the world has been on the increase over the past two years due to slowdown of the global supply chain caused by the COVID-19 pandemic and this situation has been compounded by the Russia/Ukraine war.

With Russia being a leading producer of oil and gas, the war has resulted in a sky rocketing of prices for these commodities as many countries impose sanctions on exports from Russia. This spike in prices has led to a ripple effect, hurting the pockets of ordinary consumers.

Like all other countries, Guyana has not been spared the effects of rising cost of living. And cognisant of these challenges, the government had set aside $5 billion in the 2022 budget to implement measures geared at offering relief to Guyanese. The one-off $150,000 cash grant for fisherfolk is one such measure. 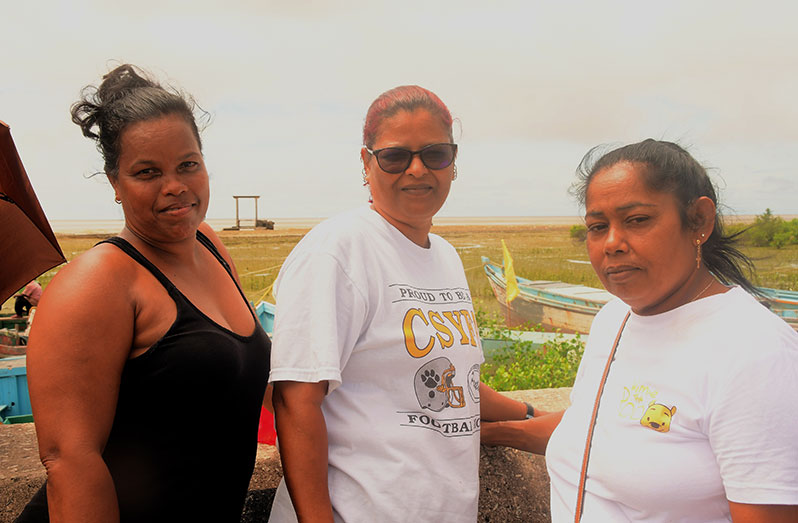 “We as fishermen’s wives are grateful for it because it would help do something. The $150,000 would at least help concerning cost of living in the home. It could do something with the bills and other necessaries. This $150,000, sometimes if the men go out there in two trips they wouldn’t get it,” said 50- year-old housewife, Soorsattie Goorudat.

Her husband, 52-year-old Ramnarine Persaud, has been a fisherman for over 35 years. They have two children together. Goorudat’s sentiments were shared by her colleagues, 49-year-old Liloutie Ramkallawan and 51-year-old Indira Singh.

“We find it hard because we have children and grandchildren to feed,” said Ramkallawan, whose husband and two sons are all fishermen and fishing is the only source of income for her family, which also includes her five grandchildren.

“You find it hard because they don’t know any other kind of work other than fishing. So we just try to make ends meet with whatever little we have. We know the situation is terrible not only in Guyana but all over the world. So at least we are grateful and thankful for the $150,000. It would help in some way.”