Mother of two attacked and stabbed to death in East La Penitence; Three women among 4 suspects in custody An East La Penitence mother of two became the country’s latest murder victim today when she was attacked by three women and a man and stabbed to death.   The incident took place this midday in the East La Penitence community.

The dead woman has been identified by relatives as 23-year-old, Carol Davidson.

It is suspected that the attack was related to an earlier feud between Davidson and one of the women who attacked her.

According to eyewitnesses, the mother of two was talking with a group of persons not too far from where she lived when she was approached by the three women and a man and confronted over an old grievance.

Eyewitnesses said Davidson got into an argument with the four persons who surrounded her and she tried to escape by running to the back of a yard, but they chased after her and were seen beating her.

Police believe that one of the attackers was armed with a knife which was used to stab the young woman in the chest during the attack.

The attackers ran from the area, leaving the young woman on the ground.  She was picked up by persons in the area and rushed to the Georgetown Hospital, where she was pronounced dead. 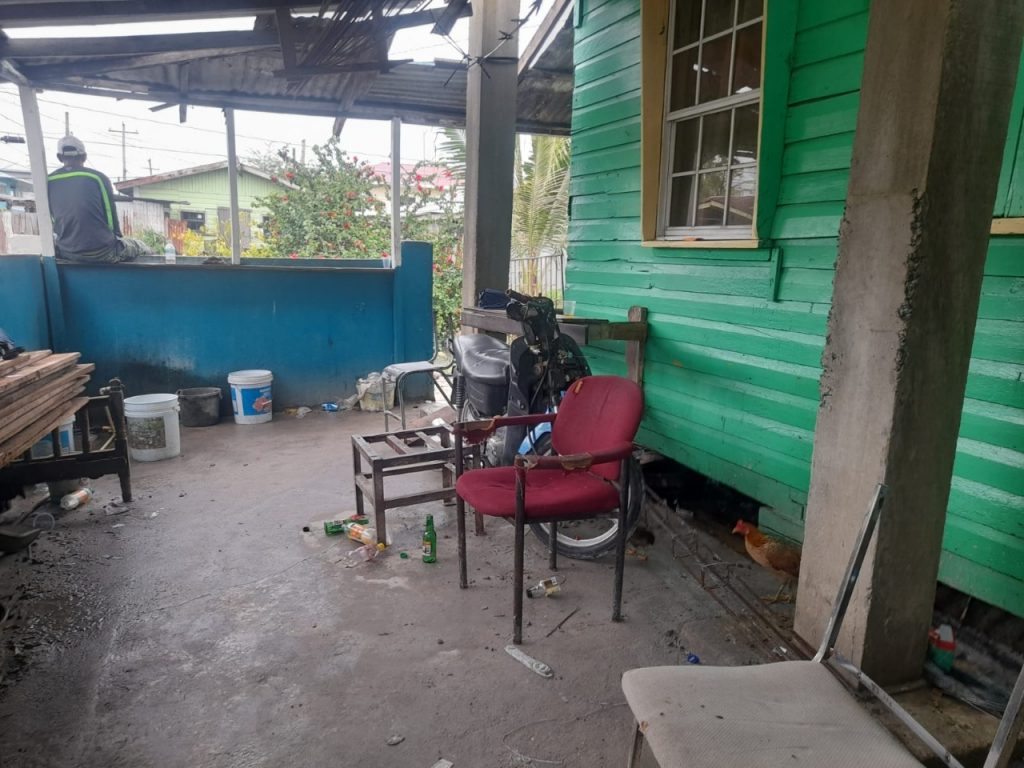 One eyewitness said everything happened quickly and the situation was very confusing.

“We didn’t even know when she got stabbed, we thought that it was just a little fight, you know and everything would have done. But she was stabbed straight to her heart when we took her to the hospital me and the driver of the car, the doctor pronounced her dead at the hospital”, the eyewitness said.

The eyewitness further explained that Davidson was well known in the community and also knew her attackers well.

“It hurt me so much, you don’t even know we had a very close relationship with me and my woman but she was a very nice person and everybody know she does get her trouble with people but we didn’t know that it would have an end like this”, the man said.

The dead woman’s Father John Davidson said that he was at work then when he received news of the incident.  He said he knew his daughter had an issue with one of her attackers but he thought they were able to resolve their problems.

“Truly speaking we heard she talk about the problem and this problem went around a while but I thought it ease down and she and one of the girls was friends. So that is how the sweetness turns bitter”, the father said.

He said he had warned his daughter not to allow the problem to escalate and she had listened to him.

“Truly speaking I can’t tell you what the whole thing was about. She just told me that she and this girl got a problem. As a father, I always told her to let it ride, come off it but according to how I got it she was going her way this morning and they ran and attacked her.” Mr. Davidson said.

He said he will remember his daughter as a nice young woman who was caring.

“You know how children’s story does go but for me, she is a nice person until you get her upset”

The four suspects who were identified by eyewitnesses have since been arrested and are being questioned about the stabbing death.  Charges could be filed in the murder case before the end of the week.