In an effort to stop drivers putting themselves and others at risk, An Garda Síochána's GoSafe team set up checkpoints around the country where they checked the speed of 108,231 vehicles in 12 hours.

Many of the worst offenders were caught in Dublin, but Gardaí also pulled over someone driving at 71km in a 50km zone in Charleville, Co Cork, and another driver travelling at 109km in an 80km zone in Carrickmacross, Co Louth.

Other examples of people speeding in Munster include:

To date in 2022, there have been 70 fatalities on Irish roads, an increase of 26 deaths compared to this date last year.

Alongside the Road Safety Authority of Ireland (RSA), Gardaí are urging motorists to drive within speed limits in an effort to reduce the number of speeding-related accidents on Ireland's roads. 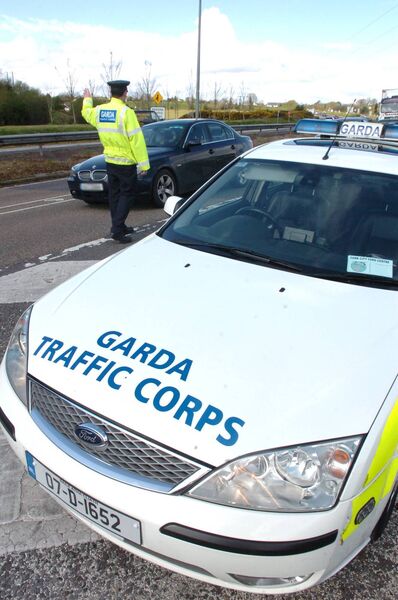 To date in 2022, there have been 70 fatalities on Irish roads, 26 deaths more compared to this date last year.  Picture: Larry Cummins

The 24-hour national enforcement day is running until 7am tomorrow morning. Gardaí are also planning to focus on enforcing speed limits and clamping down on other potentially fatal offences over the Bank Holiday weekend.

The preliminary results of the RSA's pilot study on speeding on urban roads have also been released today, revealing that over 75% of drivers observed were found to have driven in excess of the posted speed limit of 50km.

The study includes over 5,000 observations of vehicles in October of last year. During the week 75% of drivers observed broke the 50km speed limit, whereas at the weekend 93% were found to be speeding.

Speaking at the launch of the June Bank Holiday Road Safety Appeal and National Slow Down Day, RSA chairperson Liz O'Donnell said: "The faster you drive, the more likely you are to be involved in a collision which could result in death or serious injury. I am appealing to drivers to slow down and drive at a speed that is appropriate for the conditions."

Just over three-quarters of driver fatalities who were speeding occurred on rural roads. There are no margins for error on these roads which is why drivers need to slow down when using them."

"A lower threshold of seven points applies for learner drivers. Think of the impact a disqualification would have not only on your daily life but those who rely on you – family, friends, partners," she added.