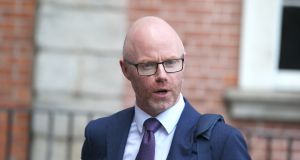 Minister for Health Stephen Donnelly has said that while he is disappointed the fourth phase of easing lockdown could not go ahead as planned, the Government had made the decision with the safety of citizens in mind.

Mr Donnelly said the Government must take a cautious approach to lifting coronavirus restrictions and that the key focus is on keeping people safe, opening schools and getting the economy open.

The Minister was speaking following a Cabinet decision on Tuesday to delay the already-paused phase four of reopening society for a further three weeks.

Pubs that do not serve food and nightclubs will remain closed until September at least, it was announced. Current strict limits of 50 on numbers congregating indoors, and 200 outdoors, will remain in place, a move that disappointed many sporting bodies and wedding venues. The numbers had been due to increase to 100 indoors and 500 outdoors.

The Government will look closely at the possibility of having regional or county decisions in the future, Mr Donnelly told Morning Ireland on Wednesday. The concern, the Minister said, is that things are finely balanced and could get out of control.

In a press conference following the Government meeting on Tuesday, Taoiseach Micheál Martin also announced face masks will become mandatory in all shops and retail centres from Monday, and pubs serving food and restaurants will be required to close at 11pm.

Vintners’ representatives responded angrily to the decision, saying the Government had abandoned the 3,500 smaller pubs across Ireland now facing a “full-blown crisis”.

“Even in Europe the number of new cases is rising again,” he said, though he said it was largely under control in the EU.

Reacting to the decision to keep non-food-serving establishments shuttered for at least another three weeks, publicans said they were now facing a “full-blown crisis”.

Donall O’Keeffe, chief executive of the LVA, said pubs have been abandoned:

“We’re repeatedly being told that opening the pubs ‘could lead to an increase in the virus’. Well, when will that not be the case?”

Lyon is ready to lower the price of Depay. Now the club demands 25 million euros from Barca
The Oxford bus was blocked for 6 hours due to antiseptic. I had to take a taxi to the match
Alonso went on the bus at half-time against West Brom. Lampard was angry as ever
Zidane on Hazard: It's ready. He has long been concerned about a serious problem, but now everything is fine
Ex-Atletico midfielder Futre on Felix and Fati: I will choose joau. He is special and will soon compete for the Golden ball
Miranchuk will return to the General group of Atalanta after a break for national team matches
Alonso went on the bus after being replaced and was scolded by Lampard. So the coach has never been infuriated
Source https://www.irishtimes.com/news/health/cautious-approach-to-easing-lockdown-required-says-donnelly-1.4322501

Man’s death in prison after restraint by officers is investigated

Council halts roll out of extra CCTV in Limerick

Weather warning for Donegal with risk of flooding

More than 4,000 children and teachers tested for Covid-19 since schools opened

No further British soldiers to be prosecuted over Bloody Sunday

North’s pubs to close at 11pm from midnight on Wednesday

Donegal side of diocese is being tested again – Bishop

€114,500 allocated to Donegal for sport and physical activity initiatives

Pubs and restaurants in Northern Ireland must close at 11pm

‘Insane’ gathering of hundreds of students in Galway is condemend

‘Insane’ gathering of hundreds of students in Galway condemned

On this day: Pope John Paul II became the first Pope to visit Ireland in 1979

Gardaí seek information on incidents in Moville and Convoy

Sum of money taken in burglary at Letterkenny restaurant

Threat of local lockdowns will loom for ‘six to nine months’

'They should be ashamed': Concern over large crowds gathered in Galway city

Poll: Are you planning on watching the Biden-Trump election debate live?

Towns will not be ‘left behind’ following Bus Éireann routes cut, Ryan says

Northern Lights will be visible in Ireland this week

The best mythological sites to visit in Ireland

County Cathaoirleach calls on NUIG, GMIT and An Garda Síochana to respond to scenes of large student congregations in city

HSE chief: We can expect and should plan for further waves of Covid-19

Have your say on transport in Letterkenny

Limerick weather: Expect a bright dry start to the day but bring a brolly as rain is on the way

Rise in number of workers on Covid payment in Donegal

The beginning of the end: This could be the final week of post-Brexit trade talks

Almost a third of Garda firearm discharges found to be accidental