As long-persistent political tides continue to shift across this island, with the possibility of a border poll on the horizon, southern partitionist attitudes are rearing their ugly head.

Here are three common arguments used in an effort to beat back meaningful dialogue, and why, under scrutiny, they don’t hold up.

You’ll most likely have heard criticism that any discussion of a border poll is “divisive” — as all three coalition party leaders have referred to a vote on the future of this island under this descriptor. 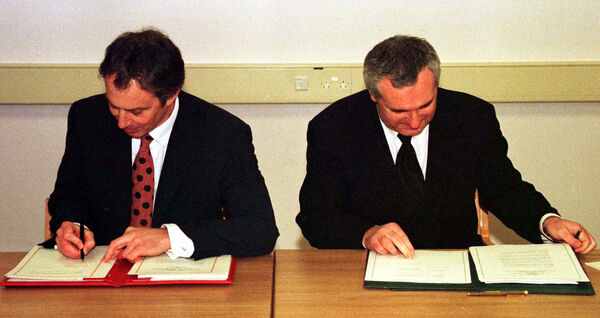 The risk of using this sort of inflammatory language when referring to a legitimate mechanism under the Good Friday Agreement is that it inherently undermines and frames said mechanism — and, therefore, the agreement itself — as divisive.

The possibility of a border poll is very real, and the objective of the Government should not be to avoid division, but to recognise it as neither problematic nor benign — simply an inherent inevitability in any functional democratic process.

We can’t avoid uncomfortable conversations, with particular emphasis on those with such grave importance. The hard reality is that the Irish Government has no control over “when” a referendum might be called. The power to do so lies solely with the secretary of state for Northern Ireland. If we want to avoid having our own version of Brexit, then the ground must be tilled in the here and now.

Second is the ever-parroted narrative that there are “one million unionists” in Northern Ireland — there is precisely zero statistical evidence to suggest that this figure actually exists. 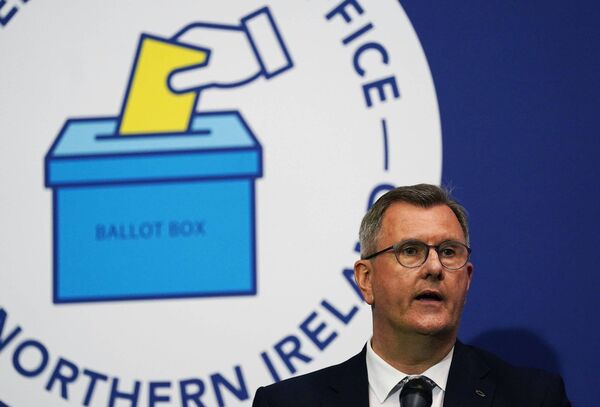 DUP leader Jeffrey Donaldson: In the most recent election, about 360,000 people voted for unionist parties. This marked a further decline in unionism following the loss of its Stormont majority in 2017.

In the most recent election, about 360,000 people voted for unionist parties. This marked a further decline in unionism following the loss of its Stormont majority in 2017, and Westminster majority in 2019. As a political ideology, unionism is now in persistent decline.

When it comes to identity, the 2011 census indicated that over a decade ago, 700,000 people identified themselves as British — but the logical leap necessary to conflate an individual’s British nationality with unionist political ideals is, at best, extraordinarily reductive and presumptuous. At worst, it is deliberately misrepresentative.

In tandem with significant changes electorally, polling has consistently demonstrated a shift in identity, with more people identifying as Irish and Northern Irish following the Brexit referendum.

Having examined all available data subsets, I have been unable to substantiate any claim that there are one million unionists in Northern Ireland, unless those using this figure are purporting that, somehow, they know that every individual who identified their religion as Protestant in 2011 are also inherently unionists. This isn’t the 70s anymore and we no longer live under the frightful era’s oppressive spectre.

A question can not be answered before it is asked. While an estimated 147,000 non-voters turned out for the Good Friday Agreement vote in Northern Ireland, there is simply no possible way to predict exactly how many people would file into polling stations for a border poll — let alone “how” they will vote — until that moment presents itself.

The third common clap-back at the mere prospect of meaningful, island-wide debate over our shared future, is the protestation that the Irish Government must instead focus on more pressing issues. 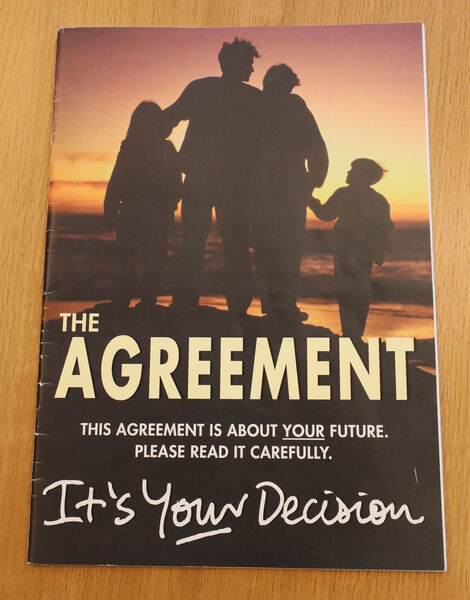 A border poll is a legitimate mechanism under the Good Friday Agreement.

Setting aside the subjectivity and arbitrary nebulousness of what makes any one thing “more pressing” than another, not only aren’t the two options mutually exclusive — they’re inescapably intertwined.

Constitutional change presents us with a once-in-a-lifetime opportunity to completely redesign the type of society in which we want to live from the ground up.

A new Ireland would necessitate a new constitution, and with it, the potential for a new education system, a new healthcare system, improvements to policing, to justice, housing, and more.

There is absolutely nothing to prevent the Irish Government from forming an all-island citizens’ assembly, or even expanding the membership of current assemblies to include Northern citizens to address issues of island-wide concern.

For example, the assembly on biodiversity loss was a significant missed opportunity to embrace an all-island dialogue on an issue which impacts our island as a whole.

The purpose of dialogue is to break down barriers. My experience has taught me that it is not the people of Northern Ireland who are divided, but the people of Ireland as a whole, North, and South.

We need to dismiss the disingenuous narrative framing constitutional change as some sort of burden and recognise this vital opportunity to begin effectively addressing the systemic issues both North and South.

As we continue on the path toward a vote on our shared future, we must challenge our own lived experiences and inherent biases, and work in good faith to encourage an informed, fact-based debate.

For in the words of John Hume, it is an “accident of birth” that separates us.