Explainer: After Donald Trump claims he's 'taking it', what are Irish experts saying about hydroxychloroquine? 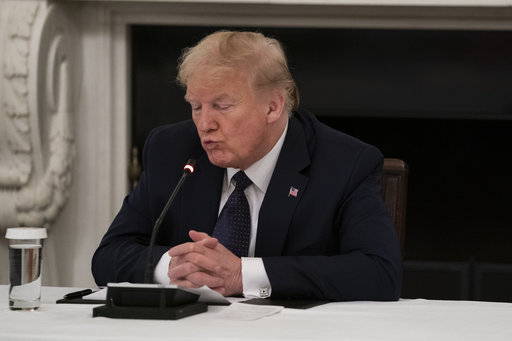 LAST NIGHT, DONALD Trump made the extraordinary pronouncement that he has been taking the anti-inflammatory drug hydroxychloroquine “for about a week and a half”.

The US President has repeatedly touted the drug’s potential in fighting Covid-19, despite numerous research indicating that these benefits are unproven.

The country’s own top infectious diseases expert Dr Tony Fauci has said there is currently no evidence to suggest hydroxychloroquine can prevent Covid-19 and the US Food and Drug Administration (FDA) has not approved its use for the virus.

Research in about its use as a treatment also found that patients who received hydroxychloroquine did not recover from Covid-19 quicker than those receiving standard care. As with most studies so far, this research has also been questioned for not being conclusive.

Trump also posited about the potential use of hydroxychloroquine along with the antibiotic azithromycin and zinc supplements.

What is  hydroxychloroquine used for?

First of all, it must be pointed out that hydroxychloroquine is primarily used in Ireland as a treatment for rheumatoid arthritis and its use in this regard is not under question.

It is also used for the treatment of lupus and is also prescribed in the prevention of and treatment for malaria.

Hydroxychloroquine is sold under the trade name Plaquenil and Arthritis Ireland (AI) has significant detail on its website about its benefits for arthritis sufferers. AI says side-effects from the drug are “uncommon”.

Hydroxychloroquine is listed by the World Health Organization as an “essential” medicine.

Why is hydroxychloroquine being looked at for Covid-19?

Sars is similar to the Covid-19 virus and hydroxychloroquine is therefore being investigated as a potential treatment.

“Scientists showed that it could stop the virus from growing in plastic containers in the laboratory. It stopped the viral infection in the lab in two ways: by preventing the virus attaching to human cells, and also from getting into human cells,” O’Boyle said.

The virus that caused Sars, SARS-CoV, and the virus that is causing Covid-19, SARS-CoV-2, are similar so hydroxychloroquine might work in the same way. However, plastic containers are a world away from the intricate and beautifully evolved structures that are our human bodies.

The World Health Organization has begun an international clinical trial which is comparing potential treatment options for Covid-19.

Four treatments are being examined, of which hydroxychloroquine is one.

“Chloroquine and hydroxychloroquine are very closely related and used to treat malaria and rheumatology conditions respectively. In China and France, small studies provided some indications of possible benefit of chloroquine phosphate against pneumonia caused by Covid-19 but need confirmation through randomised trials,” the WHO has said.

What have Irish experts said about hydroxychloroquine’s use for Covid-19? 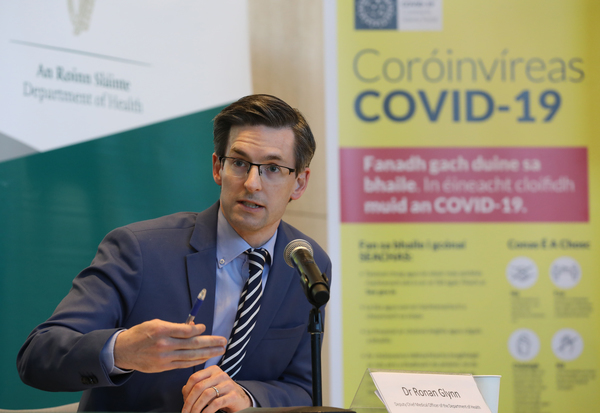 “We have looked at this advice here in Ireland as recently as the middle of April, it’s very clear that there simply isn’t an evidence base at the moment for hydroxychloroquine and the other drug that the president mentioned, which was azithromycin,” Glynn said.

So we would be telling people certainly not to consider taking any medications without the advice of their own doctor and certainly from our perspective we’d be saying there’s no evidence of a protective effect from those drugs at present.

What clinical evidence do we have?

The research Glynn referred to was published by the HSE last month in a review titled: “Clinical evidence for hydroxychloroquine and azithromycin combination therapy for Covid-19″.

In that review, the HSE concluded that there is increasing evidence showing “a lack of significant clinical efficacy of hydroxychloroquine for the treatment of Covid-19″.

The HSE notes that there has been a number of studies into the use of hydroxychloroquine and azithromycin as a treatment for Covid-19.

It says that, although one study reported positive results, there are “inconsistencies” across the studies.

“There are inconsistencies in the study findings, with one study in 80 patients reporting broadly positive outcomes from the combination therapy, including negative viral load in 83% of the cohort on day 7, while another study in 11 patients concluded there is no evidence of rapid antiviral clearance or clinical benefit,” the HSE review says.

Neither study can be considered to provide compelling evidence in support of or against the efficacy of combination therapy with hydroxychloroquine and azithromycin in the treatment of Covid-19.

In the second study cited, the HSE notes that Covid-19 RNA was present in swabs taken in eight of the 10 surviving patients five to six days after the treatment commenced.

Could unapproved use of hydroxychloroquine be dangerous?

Asked about this this morning, Glynn said: “Any drug has the potential to harm an individual and again, without getting into the specifics of a particular drug or specific individual, I would caution anyone against taking a drug without the advice of their GP in the first instance.”

One of the serious concerns is that individuals could take the drug at incorrect doses or indeed take an incorrect drug. In the US, one man in Arizona died after he ingested chloroquine phosphate he had in his house to clean a fish tank.

The FDA has previously issued a communique about the use of hydroxychloroquine and chloroquine, saying they have “known side effects” that can be mitigated when their use is monitored by doctors.

The FDA was therefore reiterting advice against “off-label” use, such as for Covid-19.

The WHO has also also expressed similar concerns about reports of “individuals self-medicating with chloroquine and causing themselves serious harm”.

In her article, TCD’s O’Boyle said that hydroxychloroquine “is incredibly toxic in overdose”.

“Overdoses are very difficult to treat. A hydroxychloroquine overdose would in fact be no less terrible than suffering from Covid-19,” she states.

Ocampos on Messi: you Look at him as a God, but he is real. Leo helps the players
Solskjaer on the martial-Rashford-Greenwood trio: Nothing new for Manchester United. Remember Ronaldo, Rooney and Tevez?
Josep Bartomeu: Barcelona have won La Liga 8 times in 11 years. Historic achievement
Lineker on the CAS decision on Manchester City: it's Hard to know what will happen to the FFP rules after this
Holand's busy holidays: first I sawed trees with my father, then I had a fight with a security guard at a night club
Tebas on Manchester City's participation in European competitions: CAS does not meet the arbitration standards
Bartomeu about VAR in La Liga: a number of decisions were made in favour of one of our rivals
Source https://www.thejournal.ie/hydroxychloroquine-expert-advice-5102416-May2020/

Home tie for Finn Harps as FAI Cup draw is made

‘People took their masks off as soon as the inspector passed’

Ireland reacts with ire as Americans continue to arrive for vacation, no regard for COVID quarantine

'We didn't really perceive him as this famous person, he was just big Jack to us'

Why I’m voting for Donald Trump in November 2020

Poll: Do you use a reusable face covering?

The only grandson of Elvis Presley has died aged 27

80% of people want a change from working in the office, survey finds

Eoin McGee: Survive without takeaway coffee during the lockdown? Here's what we can learn from that and other broken spending habits

Covid caution urged by former Mayor, back home from Texas

'He's devastated that he hasn't seen his child': The stories of children taken into care during Covid-19

Irish students have much higher levels of anxiety over exams

Quarantine process to be tightened as health officials grow nervous

Missing the rural pub in lockdown: ‘It was a very important social avenue to me’

'All the bars were packed': Irish people describe life in US states where the virus is surging

Report underlines impact of pandemic on children taken into care

Quiz: How well do you know these songs about Sunday?

How Ireland learned to stop worrying and love Jack Charlton

US passengers fly into Dublin: ‘I’m here for six days. I guess I’ll have to stay inside’

Aircraft in crash landing was on way to Roscommon charity event

New face covering rules on public transport: all you need to know

Q&A: All you need to know about new face covering rules on public transport

Money Diaries: A 22-year-old software engineer on €50k in Dublin in lockdown

The Irish teen sensation who joined Liverpool in their '80s pomp

'Not a sausage, not a jot, not a tiddle': The week in quotes

Top two to clash as USL resumes next weekend

Garda warning as four arrested for drink or drug-driving locally

Coronavirus: No deaths and 17 new cases confirmed in Ireland

Taoiseach: It’s too soon for British tourists to visit without quarantining