BRIGHTON AND HOVE Albion have launched an internal investigation after four players were filmed inhaling balloons.

With the Premier League club currently in the middle of their winter break, a group of Seagulls players decided to use the free time to enjoy a short holiday in Spain.

It is not known what is in the balloons but they are commonly filled with nitrous oxide or laughing gas.

“The club is aware of the video circulating on social media,” a Brighton spokesperson told the BBC. “This matter is being dealt with internally.”

Graham Potters’ side play Sheffield United next on 22 February. 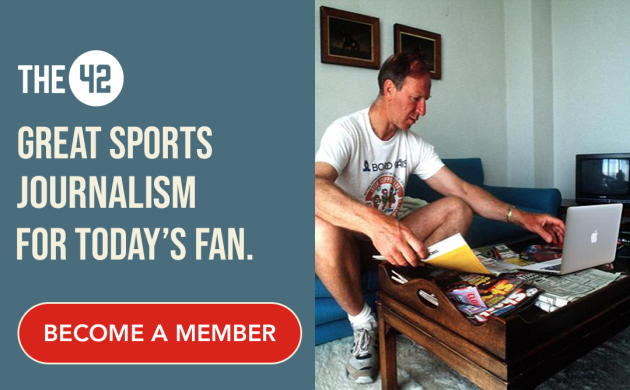 Michael Bloomberg attacked on all fronts during fiery Democratic debate

Listen: ‘We should be on six points’ – Declan Bonner

Opinion: All hail The Dice Man, the High King of Grafton Street

Words in the one language can get lost in translation

FF is stuck between a rock and a hard place

Galway braced for worst of weather

Rising Galway star’s songs from the head and the heart

How many numbers begin with a 1? More than 30 per cent!

Australian bush fires were not caused by climate change alone

‘If all the immigrants go back, who will work in the meat factories and do the crap jobs?’

Marine salvage experts will decide how to remove oil, diesel from ghost ship

The world's most expensive Irish whiskey is now for sale

Anne Enright: 'Pre-Trump, if you had a problem it was your problem. That's another head-wreck'

It took absolutely ages to form a government in 2016. Here's what happened

Man and woman in their 20s die in road traffic collision

Micheál Martin announces FF negotiating team, but says coalition with SF 'not the right thing to do'

Gardaí and family 'concerned for wellbeing' of man missing from Cork

'Very little fuel' on board shipwreck that washed ashore in Cork

Micheál Martin to announce FF negotiating team, but says coalition with SF 'not the right thing to do'

Selected routes to be gritted across Donegal from 5am

Thousands of Eir customers in Donegal left without internet

Blue-chip chess festival back in Bunratty