THE YOUNGEST person to come out in support of Caherconlish Post Office last Friday morning was three-year-old Fiadh Halvey.

She was with dad Mike to collect  grandmother Elsie’s pension. News that the post office was due to close later this week had spread like wildfire in preceeding days.

Local historian and notes correspondent, Pat Hourigan said there has been an ever present post office in Caherconlish since the mail service began centuries ago. “The long but now defunct telegram service, if it were still around, would read: Stop – We Will – Stop – Win,” said Pat.

There has been a late reprieve for Caherconlish Post Office thanks to the postmistress for the last 40 years, Kitty (affectionately known as Kitsy) Hickey. She has put off her well deserved retirement for another month. It gives An Post more time to try and find a postmaster to keep it open permanently.

Mrs Hickey has given incredible service to Caherconlish and surrounding areas because she worked for over 20 years with the previous postmistress Alice McCormack. But she has no interest in accepting plaudits for her sixty years behind the counter.

“That’s only a small thing. You wonder where the years go,” said Mrs Hickey, whose only concern is her customers.

“I would love for it to continue. I have petitions here and they are signing it goodo. My oldest customer is 95, there are a good lot in their 80s and some of them don't drive, naturally. A lot of the youngsters don’t have cars,” said Mrs Hickey.

Mike and Fiadh Halvey are two of countless locals who want to see the post office remain. Mike said they call down every second day to post letters and see Mrs Hickey. “The social aspect of the post office is huge. It would be a massive loss. A lot of elderly people don’t drive,” said Mike. The Leader understands one pensioner makes their way down with the aid of a walker. 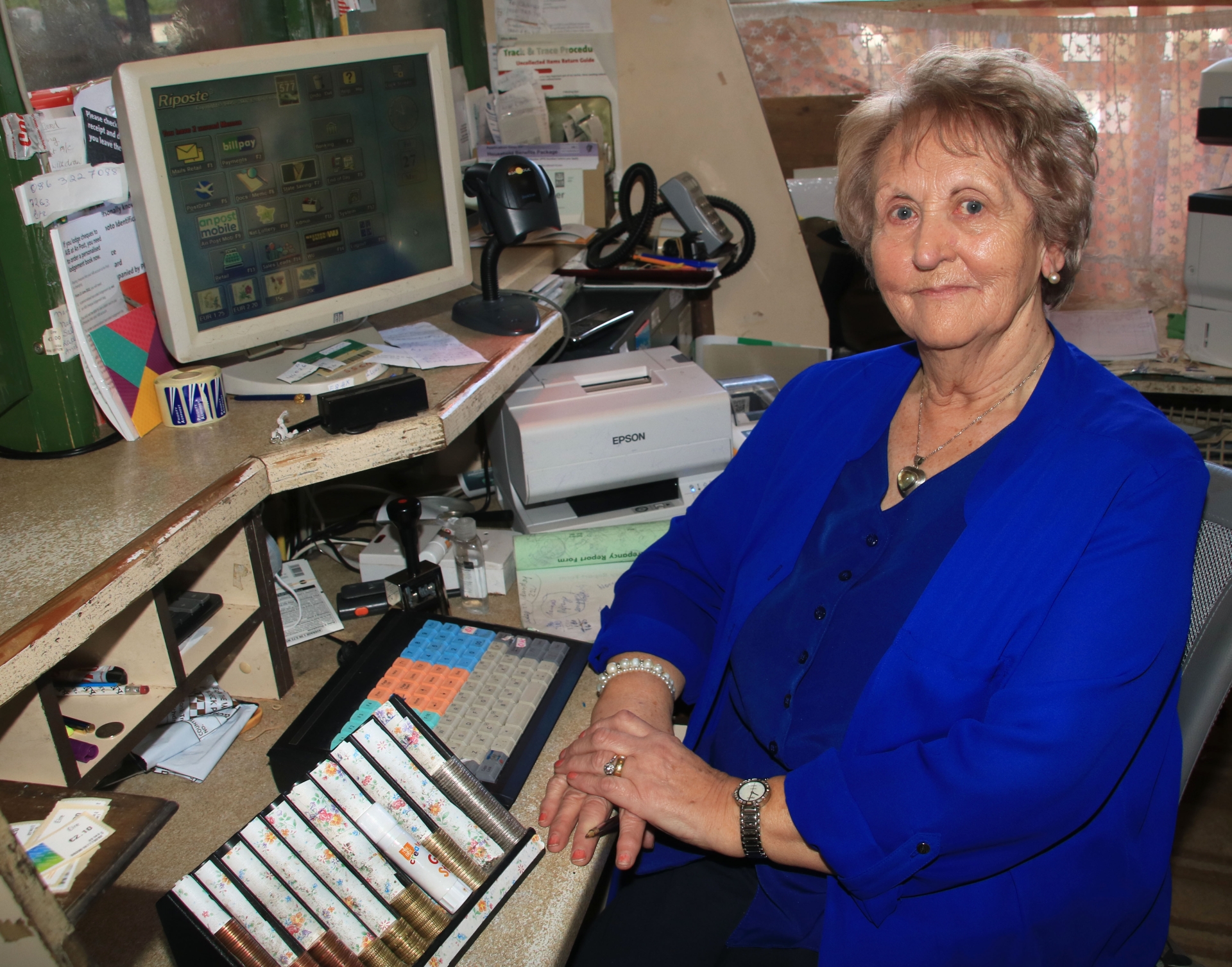 Jenny Platt and Bernie O’Sullivan, of Caherconlish Pharmacy, called down to show their solidarity. Bernie said the post office, doctor’s, chemist and shop are all near each other so people can frequent them at the same time. Jenny said there is wonderful community spirit in Caherconlish and there is a “lovely vibe” as people stop and chat as they do their errands.

Patrick and Maureen Ryan collect their pension every Friday. “And not just that, we pay the bills here too,” said Patrick, who went to school with Mrs Hickey.

Another concern raised by locals was the economic impact on the village as people will have to travel to other post offices.

Deputy O’Donnell said the Government is looking at providing additional supports to post offices. He said he will be highlighting it in his role as chairperson of the Oireachtas Transport and Communications committee.

“We want to ensure new contracts are viable and sustainable for the postmasters. We must ensure the survival of the rural post office network like here in Caherconlish,” said Mr O’Donnell, whose great grandaunt was the aforementioned former postmistress Alice McCormack.

Cllr Teefy said it was an “essential service” and spoke of the possible loss of passing trade. She said Mrs Hickey has seen many changes in her time as postmistress. “She has managed it all very well, provides a great service and is a friend to so many. It is very much appreciated by the community,” said Cllr Teefy.

Deputy O’Dea is “confident” Caherconlish Post Office can be saved due to the number of expressions of interest – some who have run post offices – he received to a social media post.