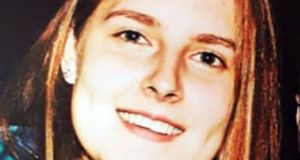 A man has been charged with the murder of a woman in Newry.

Polish native Patrycja Wyrebek (20) was found dead at her home in Drumalane Park on Sunday morning.

Detectives from the Police Service of Northern Ireland (PSNI) investigating her death charged a 23-year-old man with murder on Wednesday.

He is due to appear before Newry Magistrates’ Court on Thursday via video link.

As is normal procedure, all charges will be reviewed by the Public Prosecution Service. –PA

Giggs on bale at Tottenham: Now we can see him play every week
Tottenham loan Vinicius from Benfica. He was the top scorer last season in Portugal
Hudson-Audrey wants to move to Bayern. The club has been trying to sign him since January 2019
Neuer on winning the German super Cup: scoring 3 goals is always impossible. Fortunately, Kimmich scored
Vasin's agent that the ex-coach of Khimki Gunko refused the player: I don't know anything about it. Maybe he was offered a taxi driver
Shomurodov will sign a 4-year contract with Genoa. Medical check - up-on Friday
Vinicius was offside, but the ball was last touched by a Valladolid defender. Ex-referee Andujar Oliver on Real Madrid's goal
Source https://www.irishtimes.com/news/crime-and-law/man-charged-with-murder-of-woman-20-in-newry-1.4323072