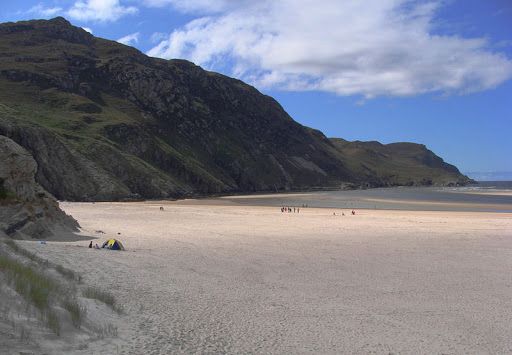 A MAN has died in a drowning incident in Donegal.

It is understood that a man was airlifted to hospital after a dinghy capsized and he passed away a short time later.

“Gardaí in Letterkenny are investigating the drowning of a man (45 years) that occurred this afternoon, Saturday 19th September, 2020 at approximately 2.30pm at Maghera Beach, Ardara, Co. Donegal,” a Garda spokesperson told Donegal Daily.

“Irish Coast Guard Rescue 118 recovered the man and he was taken to shore and transferred to Letterkenny University Hospital in critical condition. He was pronounced dead at 4pm.

“Investigations ongoing and a file will be prepared for the Coroners Court.”

Sandro Tonali: Milan on the crest of a wave. The Rossoneri shirt is pressing, but I'm getting in shape
Kadyrov's adviser hit the judge in the groin, and his son was dismissed from Akhmat and banned for three years. At first they all denied
AEK Carrera lost both matches in the Europa League with a total score of 1:5
Stefano Pioli: Milan have not achieved anything yet. The season is long, we will face difficulties
Mourinho 0:1 with Antwerp: the Best team won and the worst team lost
Bale did not make a performance in his first three games for Tottenham. He hasn't scored since January
Father Courtois: Keylor Navas was not a good teammate. When he left for PSG, everything became easier
Source https://www.donegaldaily.com/2020/09/20/man-dies-in-donegal-drowning-tragedy/

Haul of fireworks seized by gardaí in Donegal

Restrictions on religious services to stay after archbishops meet Taoiseach

Your evening longread: 'I hugged the man who murdered my father'

Trailer Watch: Which scary film will you watch this Halloween weekend?

Taoiseach says ‘unfettered access’ to adoption records would be difficult

The Orchard Inn reopens with tasty takeaways, have a look at the menus here

Man hospitalised after being hit by Luas in south Dublin

Ruling has major implications for reporting on killings of children

Court ruling has major implications for reporting on killings of children

One week into Level 5, what does this week's Covid-19 data tell us?

Around 70 schools have had in-school Covid-19 transmission

'They will be greatly missed': School principal pays tribute to children and mother found dead in Ballinteer

Watch: See how Kelly’s Centra has everything you need under one roof

Third challenge to permission for 657 apartments on Raheny lands

Tour operator: ‘This year has been a complete wipe out’

Key considerations when you are contemplating farm investment

Trinity discussion asks "Is there still an American Dream?"