NEIL YOUNG HAS sued US President Donald Trump’s re-election campaign for copyright infringement, saying he does not want his music used as a theme song for a “divisive un-American campaign of ignorance and hate”.

The Grammy-award winning Canadian-born musician filed the lawsuit through his lawyers in Manhattan federal court, seeking up to 150,000 US dollars (€125,000) in statutory damages for each infringement.

A message seeking comment was left with a campaign spokesperson.

The legendary singer cited repeated use of two songs: Rockin’ In The Free World and Devil’s Sidewalk.

The campaign has used the tunes numerous times at rallies and political events, including on June 20 in Tulsa, Oklahoma, the lawsuit said. 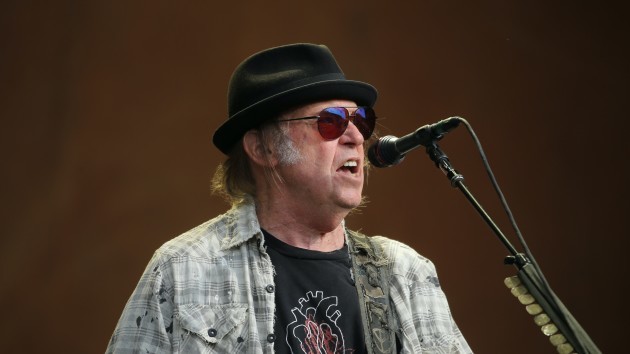 Young said he was not suing to “disrespect the rights and opinions of American citizens, who are free to support the candidate of their choosing”, the lawsuit said.

“However,” it added, “Plaintiff in good conscience cannot allow his music to be used as a ‘theme song’ for a divisive, un-American campaign of ignorance and hate”.

Young first complained about the use of the 1990 single, Rockin’ In The Free World, in June 2015, when the song accompanied the Trump announcement of his presidential campaign, according to the lawsuit.

The campaign’s insistence in a statement then that it had obtained permission to use the music only proved that it was aware it needed permission, the lawsuit said.

It said Young has voiced continuous and public objections to the use of the music.

On July 3, Young lodged a complaint on the Neil Young Archives website, where a copy of Tuesday’s lawsuit was also posted, after President Trump visited Mount Rushmore for an event.

“I stand in solidarity with the Lakota Sioux & this is NOT ok with me,” he said in support of over 100 protesters who forced the closing of a road leading to the landmark.

He complained after Like A Hurricane and other songs were played when President Trump visited the site.

“Imagine what it feels like to hear ‘Rockin’ in the Free World’ after this President speaks, like it is his theme song,” Young said on the website. “I did not write it for that.”

Other artists have also complained after their songs were played at President Trump’s events.

In June, the Rolling Stones threatened to sue after the 1969 classic You Can’t Always Get What You Want was played at President Trump’s Oklahoma rally, where critics said the indoor event threatened to spread the coronavirus.

The family of the late rock musician Tom Petty said it had issued a cease-and-desist order after Trump used the song I Won’t Back Down in Tulsa.

“Trump was in no way authorised to use this song to further a campaign that leaves too many Americans and common sense behind,″ the statement said.

Gotze on the wrong decision to return to Borussia: Things didn't go as I expected
Fans thought it was absolutely sensational that a football player could get on a train. And partly because he could read. Norwegian from the Premier League destroys myths
Paolo Maldini: Zlatan is an ageless all - rounder who always decides the outcome of the match
Suarez wept at a farewell press conference in Barca
Lukaku on 2:3 with Sevilla in the Europa League final: It was a difficult moment. I haven't spoken for 4 days
Di Maria about Messi's desire to leave Barca: immediately wrote to him on instagram, how PSG will play with him
Paul Parker: Maguire is the captain of Manchester United only because of his $ 80 million price tag
Source https://www.thejournal.ie/neil-young-sues-trump-campaign-over-use-of-famous-tunes-5168946-Aug2020/