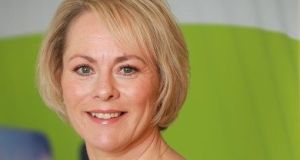 Ms Jenny Pyper will be in charge as Brexit is due to completed.

Three other senior appointments are also understood to be imminent of people who will have key roles in dealing with the Covid-19 pandemic.

Her appointment comes shortly after the North’s auditor general Kieran Donnelly in a critical report said that the civil service was at a “crossroads” and struggling to provide “business as usual services”.

The NICS has been without a head since its former chief David Sterling stood down at the end of August after announcing his intention to retire last December.

In September three candidates made it through a competition for the position but Ms Foster and Ms O’Neill did not deem any of them suitable to take on the job.

Instead they decided to appoint an interim head of the civil service. Ms Pyper will be in charge of a workforce of 22,000.

She stood down as chief executive of the Utility Regulator after seven years in the job. She announced her decision in February but stayed on until the autumn.

Bill Emery, chairman of the Utility Regulator board said in February that Ms Pyper was an “outstanding chief executive” who had “transformed the organisation into a more outward looking and collaborative regulator while robustly protecting Northern Ireland’s energy and water consumers”.

One of Ms Pyper’s initial key duties will be taking charge of the task force to deal with Covid-19 announced by Ms Foster and Ms O’Neill on Thursday.

To assist her in that work Ms Foster and Ms O’Neill are soon expected to announce the appointment of what have been described as three “czars”, one to look after Covid-19 testing, one to run the vaccination campaign, and one to ensure greater compliance of the coronavirus regulations.

“The appointments are all part of a plan to bring badly needed structure to the civil service and to the operation of the departments of the Northern Executive,” said one senior source.

Ms Pyper also will be in charge as Brexit is due to completed.

“She will take up post at a critical time as the Executive continues to manage its response to, and recovery from the coronavirus pandemic and prepares for the end of the EU exit transition period,” said Ms Foster and Ms O’Neill in a statement.

“This includes addressing immediate health, societal and economic challenges as well as planning for the future and putting us in the best possible place to rebuild our economy, rejuvenate our society and transform our public services,” they added.

Ms Pyper, who previously worked in the civil service for 28 years, said she was “delighted and honoured” to be selected. “I am confident that the resilience and dedication of the workforce will endure through and beyond these unprecedented times,” she said.

Zlatan has scored every year since 1999. Yesterday he scored the first goals in 2021
Real Madrid are confident that PSG will demand 150 million euros for Mbappe. Madrid is not ready to pay so much
Arteta on Ozil: It is always sad when such a figure leaves
Alabai will move to Real Madrid in the summer. The contract for 4 years is agreed, the salary is about 11 million euros (Marca)
Stefano Pioli: We will look at the table in April. For Milan, every match is the most important
Zlatan Ibrahimovic: Together with Mandzukic, we will scare the opponents of Milan. He signed a contract
Milan scored 43 points in 18 rounds - the best result since the 2003-04 season. Then the club became the champion
Source https://www.irishtimes.com/news/ireland/irish-news/northern-ireland-civil-service-gets-new-interim-head-1.4421677

Explainer: We're into our surge ICU capacity in hospitals - so what does that mean?

The Secret Teacher: Our belief that Leaving Cert is exemplary is at dizzying heights

Digital divide: How Covid-19 is deepening inequality in education

I’m thinking of studying in a UK university. What post-Brexit fees will I face?

Gardaí challenged to online dance off with Swiss police

‘Significant pressure’ as about 1,600 garda members absent due to Covid-19

Anger at changes to route of Limerick bus service

Your evening longread: How do food trends happen - and what will we be eating in 2021?

The Chieftains confirm they cannot travel to US for Biden's inauguration

Court allows transfer of elderly man to hospital against his wishes

Book on disappearance of Noah Donohoe referred to Attorney General

€175,000 for walks, trails and cycleways across County Limerick

Older people should increase exercise prior to Covid-19 vaccination – report

Woman to stand trial after elderly couple terrorised and robbed

Almost 15,800 on Covid payment in Donegal as construction sites latest to close

'We can't leave them behind again': Harris asks everyone to 'dig deep' to get children with special needs back to school

Covid-19 advice sent by text to 1,511 arrivals from Brazil amid new strain

Standby list of frontline healthcare workers should be in place for any leftover vaccines, HSE says

Fundraising for new playground in Limerick village continues during lockdown

Breakthrough in treatment of breast cancer reported by RCSI researchers

Rainfall warning in place from 9pm in 11 counties

Thesaurus Day - Did you know the Irish have 90 words to describe potatoes?

Looking to upskill or retrain? New online portal launched for the unemployed, businesses and employees