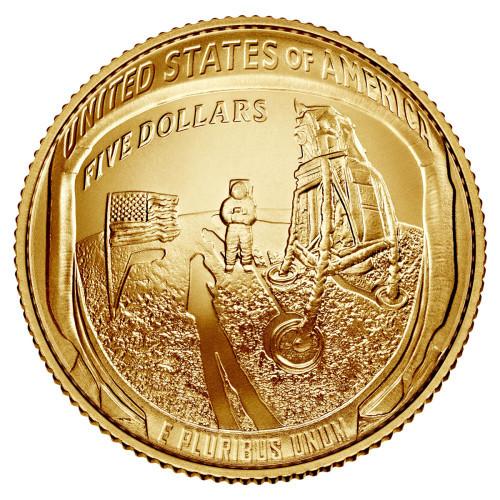 THE DUBLIN MINT office is today launching two limited edition coin and ingots sets, as it marks the 50th anniversary of the Apollo 11 moon landing.

The sets bear designs depicting the achievements of the astronauts who embarked on the mission in July 1969.

There are only 500 of the coin and ingot sets being issued, which were produced by the United States Mint. 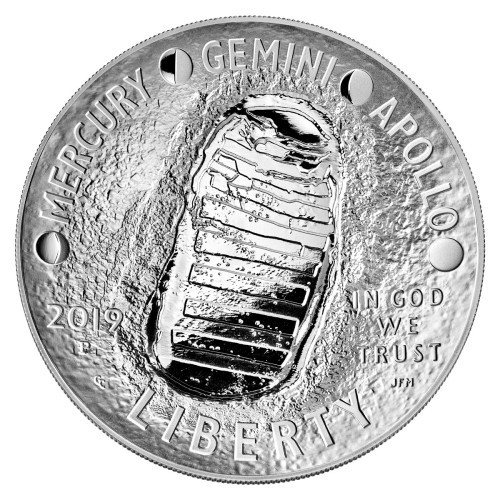 A presentation box included with the set comes with a gold layered plaque on the interior inscribed with the words “Here men from the planet Earth first set foot upon the Moon, July 1969 A.D. We came in peace for all mankind” – a replica of the plaque left on the moon during the Apollo 11 mission.

It also bears engravings of the signatures of astronauts Neil Armstrong, Buzz Aldrin and Michael Collins as well as President Richard Nixon. 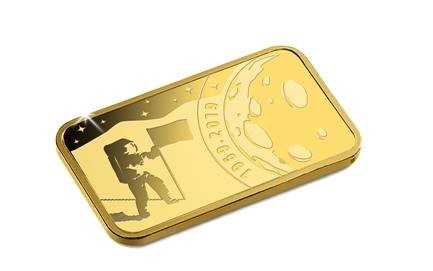 Dublin Mint Office historical consultant Michael Kenny said: “Not only was it the pinnacle of technological advancement at the time, the moon landing instantly became one of the most defining moments in all of history.

The moon landing represented one of the greatest achievements for mankind, and it is only right to bring the experience to life in these unique concave precious metal coins.

Sterling on the record for goals in a season: we Want to win the Champions League and the FA Cup, otherwise they won't mean anything
Sheffield will finish the Premier League season without defeats from clubs from London. 22 points in 10 games and 5 home wins
Bonucci on Juve's draw with Atalanta: We must look at the result. This is how Championships are won
Sterling surpassed Yaya Toure to become Manchester City's 2nd goalscorer in the history of the Premier League
Gasperini on two penalties for Juve: They are above any rules in Italy. Did we have to cut off our hands?
Sarri Pro 2:2 with Atalanta: We played with one of the best teams in Europe right now
Pep Guardiola: Manchester City have won a place in the Champions League on the pitch. I hope that UEFA will allow us to play
Source https://www.thejournal.ie/dublin-mint-moon-4731130-Jul2019/

Quiz: How well do you know Tom Hanks movies?

Why was the Covid-19 app so successful in Ireland?

Opinion: We need serious help to 'stop burning stuff' to heat our homes

BREAKING: No new cases of Covid-19 reported in Limerick

Credit where it’s due! Bank team step up to support baby Livie

Limerick’s mobility plan: how did we get to where we are now?

An Taisce releases list of 10 most at-risk buildings, including the Iveagh Markets in Dublin

‘This really is a scandal’: €10m invested in unfinished work for Greencastle Harbour

Bill Gates says he is "optimistic" about battle against Covid-19

Calls for clarity over policing of face coverings on buses, trains

FF, FG should know Greens willing to walk away from government – Catherine Martin

It was a Full House for Termon GAA’s first drive-in bingo!

Poll: Do you think Phoenix Park's gates should be mostly closed to traffic?

From masks to polls, here's what's happening in the US presidential contest right now

Opinion: 25 years ago today, the UN let Srebrenica happen. Now, it is allowing history repeat itself in Syria

'Sorry Mr Marley, you can't play here' - Playing football with a music icon before a famous gig in Dublin

Pub inspections to continue this weekend

A proper football man who brought the game into Irish hearts: Jack Charlton (1935-2020)

What's in a black hole

Indoor Irish - films and shows to watch at home

Abolitionist Frederick Douglass was anti-Catholic - should we care?