2 minutes ago Updated: about a minute ago 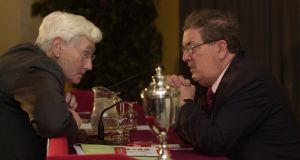 Tributes have been paid from across the political spectrum to Seamus Mallon, the former deputy First Minister of Northern Ireland and deputy leader of the SDLP, who has died age 83.

Mr Mallon served as deputy to John Hume for two decades, and was a trenchant critic of both republican violence and discrimination against nationalists.

President Michael D Higgins said Mr Mallon’s reputation as a “politician and community activist of unsurpassed courage, civility and fairness is held by all those who had the privilege of knowing him.

“Few people have influenced the peace process in Northern Ireland more than Seamus Mallon, a formidable opponent and, a tough negotiator in speech and act, but always honest and honourable.”

Colum Eastwood, the current SDLP leader, said Mr Mallon was an Irish patriot. “He lived for our country and has left an indelible mark on the lives of everyone who enjoys the peace he helped to forge.”

DUP leader Arlene Foster wrote on Twitter: “Very sorry to learn of the passing of Seamus Mallon. My sincere sympathies are extended to his family & friends. As Seamus said “We have two stark and clear choices. We can live together in generosity and compassion or we can continue to die in bitter disharmony.”

Former taoiseach Bertie Ahern said Mr Mallon was a key negotiator for the SDLP in the talks leading to the Belfast Agreement. “Seamus was strong with courage and he had commitment to peace and making progress for Northern Ireland and this whole island.”

Tánaiste and Minister for Foreign Affairs Simon Coverney tweeted that Mr Mallon “made an extraordinary contribution to politics & people on this island. He was tough, intelligent and passionate, always working for peace and reconciliation”. 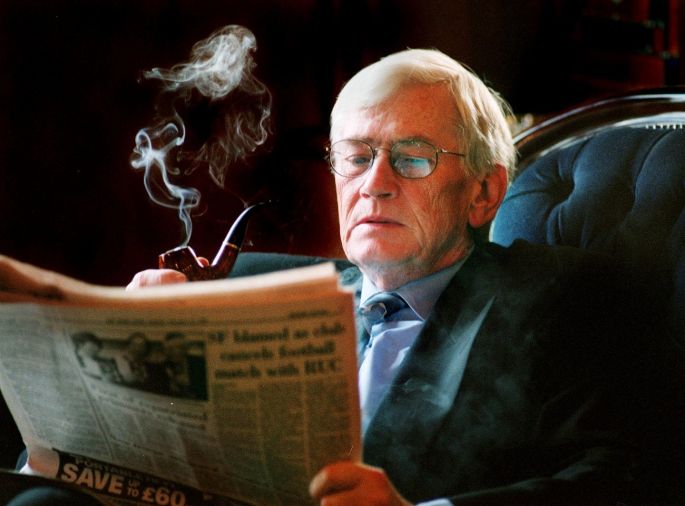 A life in pictures VIEW NOW

Former British prime minister Tony Blair said he was “one of the most important architects of peace in Northern Ireland. Breave, blunt, often prepared to swim against the tide if he felt it right, he was someone deeply respected and admired across the troubled landscape of Irish politics.”

Alastair Campbell, Mr Blair’s former press secretary who worked closely on the Belfast Agreement said Mr Mallon “was motivated by the right things and went about them in the right way.”

Archbishop Eamon Martin, the Archbiship of Armagh and Primate of All Ireland, said the people of Armagh had “lost one of our most respected sons and bravest leaders.

“A person of global stature, Seamus was a county Armagh man through and through, and he gave his gifts unselfishly and tirelessly to serve the betterment of the whole community on this island, north and south.”

He called for a renewed effort by political leaders to build a shared home place on the island of Ireland as a “fitting tribute to his legacy”.

“Seamus made an immeasurable contribution to the cause of peace and reconciliation on the island of Ireland. Together with John Hume he drove forward a vision of an Ireland freed from the spectre of violence, terror and discrimination. His life will be celebrated by Irish people everywhere who cherish the peace that Seamus dedicated his life to.”

Tom Kelly, a close political ally and former vice-chair of the SDLP who worked as Mr Mallon’s Westminster assistant in the late eighties and then on most of his elections, said the former deputy first minister had a “transformative” effect on Northern Ireland, complimenting SDLP leader John Hume.

He said Mr Mallon’s relationship with David Trimble was “an odd one, but it worked”.

He said that Mr Mallon could be “Thran” - a Northern word meaning stubborn.

“That certainly could be Seamus, but it was a likable stubborness. You could gravitate towards him.

“But his strength was that his instincts chimed with those of the nationalist community, specifically in rural areas; when he said something, it was how people felt, they just couldn’t articulate it.”

Alliance Party leader Naomi Long said: “It is with great sadness that I have learned of the death of Seamus Mallon, a man who contributed an enormous amount to the peace process in Northern Ireland. Just over a year ago I shared a discussion platform with Seamus, which was a pleasure, as he had lost none of his wit or wisdom.

“Seamus played a pivotal role in the delivery of the Good Friday Agreement, which set us on the path to a peaceful society. Throughout his political life he showed a total commitment to civil rights and the ending of violence. He was not afraid to speak his mind and his integrity stayed with him to the end.”

Figuring out how to detect environmental DNA

To capture carbon, we need the right forests in the right places

'Blueshirts' and borders: Sinn Féin tells Newry voters that a united Ireland has never been closer

Mass gatherings due to go ahead in Ireland amid coronavirus outbreak

Crumlin hospital only provider of spinal rods at centre of recall

Slight increase in number of Catholics applying to join PSNI

Schools face losing hundreds of teaching posts due to dispute

Flood-hit families in Clare call on Government to relocate them

Opinion: Why we asked people on the streets of Dublin if they watch pornography

Q&A: How Ireland is responding to the global Covid-19 crisis

Explainer: Here's what we know so far about how Covid-19 is spreading

Head of key State transport body to step down

Taxi company caught tampering with fare meter on one of its vehicles fined €2,000

Man arrested in Letterkenny on suspicion of spate of shoplifting

Dáil will reconvene next week, but there won't be a vote on who should be the next Taoiseach

'The pain of losing you is unbelievable': Funeral held for Cork schoolgirl killed in crash

Woman convicted of disguising herself as grandmother to conceal murder

Woman convicted of disguising herself to conceal murder

Penalty point reforms, river dredging and no 'daft' ideas about wolves: Rural Independents list some of their wants

Woman (38) appears in court charged with murder of Garreth Kelly

All roads to be gritted across Donegal from 4pm today

Peter O’Donnell honoured for services to boxing by Ulster Council

What is coronavirus and what should I do if I have symptoms?

Coronavirus: what we know so far about how it is affecting Ireland

Coronavirus: What we know so far about how Ireland is affected

GAA games will be called off if government issues order

Get on the bus! Council and garda initiative to give Limerick communities a lift

Give someone the perfect gift of a Paddy Pal for St. Paddy’s day