What will Brexit mean for Irish students?

Almost everything else is relegated to a “it will be all right on the night” approach backed by vague assurances from the UK government and dismissive “we’ll see” responses from Europe.

The status of our future relationship with the United Kingdom in terms of education is one of these issues. Yet, the manner in which it will be resolved will affect thousands of students, academics and researchers in Britain and Ireland.

Even before the inception of the European Union, there has been a long tradition of students moving between the UK and the Republic, as well as extensive academic networking, collaboration and research activity.

The possibility of controls at the Border and Irish students paying non-EU fees – about three times greater than EU fees – threatens to disrupt this long-standing practice. In fact, growing uncertainty since the Brexit vote has already hit the flow of students between both jurisdictions (see panel).

UK and Irish universities also collaborate extensively, especially under EU research programmes. There are more than 900 collaborative links between Irish and UK researchers under the EU’s main funding programme for higher education, Horizon 2020. 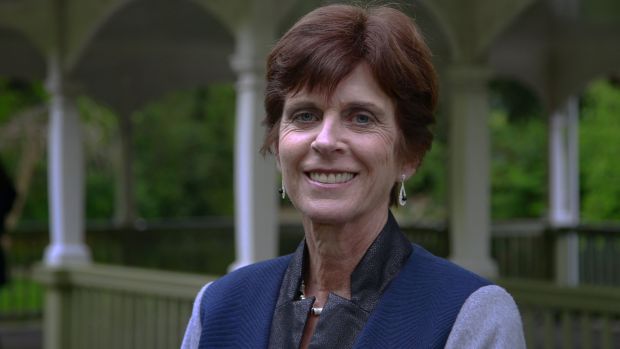 If the UK is unable to negotiate an associate membership of Horizon 2020 and other research programmes, Irish researchers will have to seek new partnerships within Europe.

Oxford University vice-chancellor Prof Louise Richardson is emphatic on the scale of fallout if the closest possible relationship with the EU is not maintained. It would be a huge negative for Ireland, the EU and Britain, she believes.

“I do think we are all in trouble,” she told a gathering in London recently to evaluate how Ireland and the UK might forge even closer partnerships to circumvent the worst of Brexit impacts on education, research and innovation.

Meeting under the aegis of the British Irish Chamber of Commerce were heads of universities, funders, politicians and ministers from both sides of the Irish Sea.

“Enormous uncertainty” hangs over Oxford in spite of its consistent ranking as one of the top universities in the world, Prof Richardson said.

She highlighted the need for students from either island to be regarded as “home” citizens, without being charged international fees.

“We need to ensure the best academic staff can come to the UK and perhaps more important that they are welcome and their work is valued,” added Prof Richardson, a TCD graduate from Co Waterford. That, she said, required freedom of movement and mutual recognition of qualifications. 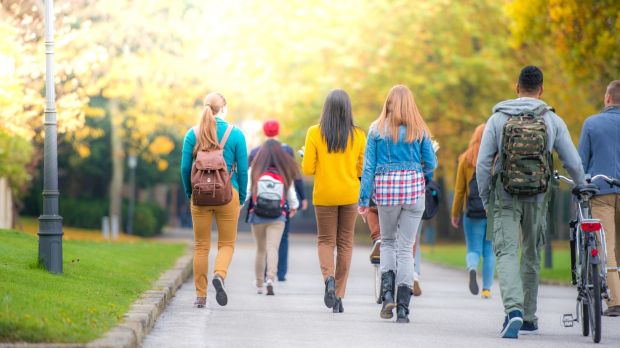 About 10,000 Irish students attend third-level in the UK. Photo: iStock

She believed the UK stands to miss out on billions in EU research funding under current Brexit proposals. The UK government’s “pay-as-you-go” proposals – under which it would receive grants only up to the value of what it pays in to EU funding programmes – represented an “enormous loss”.

But it was about more than money, she said. It was to do with being allowed collaborate with the best universities in the world, and attract “new blood and fresh thinking” in the form of outstanding young researchers.

Ireland also needs to address underfunding in third level if it is to fully avail of Brexit opportunities, she added.

Anglophone Ireland could be especially attractive to UK academics wishing to avail of EU funds by spending 50 per cent of their time here.

Sam Gyimah, the UK minister of state for universities, reassured the gathering the UK was committed to maintaining rights of Irish students to access higher and further education on equal terms with UK nationals.

A proposed deal would be reciprocal – with UK students in Ireland treated in the same way as domestic students.

He added: “We are working towards agreeing the high-level principles with Ireland and considering details of future eligibility criteria for student loans and support in England following the end of the implementation period in December 2020, including ways to ensure Irish students continue to have access to student finance support . . .

“This includes rights to qualify for home fee status, student loans and other support, subject to meeting the same eligibility criteria as UK nationals.”

The Irish Universities’ Association says it is very encouraged by the commitment given by the UK minister for universities to seek to maintain free mobility of third-level staff and students through a Brexit transition period. 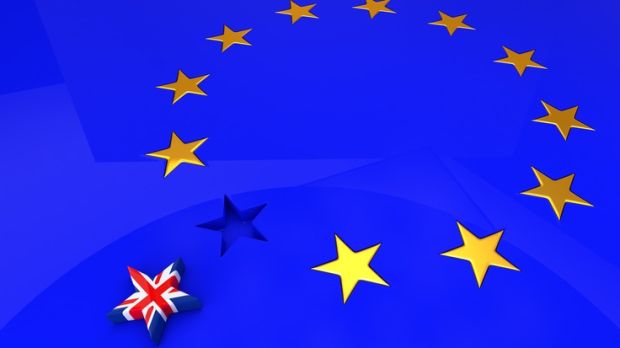 The UK’s planned departure from the EU means there is uncertainty over future research collaboration between Irish and Britis third level institutions.

“It’s essential that any uncertainty in relation to mutual fee arrangements is removed to enable university students and their parents plan ahead for three- to four-year study programmes.”

The association’s counterpart, Universities UK, is equally engaged on pressing items of mutual interest, as evidenced by a comprehensive briefing in March with a blueprint “to minimise turbulence and maximise opportunities”.

Irish Research Council director Peter Brown said the London exercise was worthwhile. “It’s not often that you get that kind of mix in the room together.”

Two significant developments since suggest progress is finally being made, he noted.

Firstly, UK Research and Innovation (funder of €6 billion in research) has re-affirmed its commitment to bilateral co-operation with countries on a par with UK excellence.

Most significantly, the UK Brexit negotiation team has tabled a presentation which describes “the vision for a framework for the UK-EU partnership in science, research and innovation”. Specifically, it seeks a science and innovation pact and aims to have it concluded “alongside the withdrawal agreement later this year”.

Greater clarity and commitment may be finally emerging on the UK side, much to the relief of all in Irish education and research, but indications are the EU position is little beyond “we’ll see”.

British universities have always been a popular option for Irish students in search of alternative entry routes into courses.

Nursing, medicine, pharmacy and physiotherapy in the UK are among the most popular options for an estimated 10,000 Irish students attending universities in Britain and Northern Ireland.

However, uncertainty over Brexit already seems to be affecting the flow of students between these islands – even though nothing has changed yet.

Since Brexit was announced in 2016, the number of Irish students applying to study undergraduate courses in the UK through Ucas – the UK’s equivalent of the Central Applications Office – is down 18 per cent, from 4,750 to 3,900 this year.

Post-Brexit vote jitters also appear to have contributed to a drop in CAO applications from the Britain of 15 per cent, down from 1,035 to 880.

On the other hand, Ireland seems to be gaining in popularity among students in EU countries.

-18% Drop in Irish students applying to study in UK since Brexit vote.

Number of collaborative links between Irish and UK researchers under the EU’s main research programme for higher education, Horizon 2020.

Increase in EU undergraduate students seeking to study in Ireland since Brexit vote.

Hodgson on Zaa threats: He did the right thing when he let people know. There is no excuse for this
Setien on Messi's rest: Of course, he needs it. But the score in the match against Valladolid was too slippery
Immobile – the fans of Lazio: Some people seem to have too short a memory. Leave my family alone
Holand was kicked out of a nightclub in Norway
Zinedine Zidane: real is real. The most important club in history
Nuremberg miraculously remained in the second Bundesliga. We scored in the joints on the 96th, both teams sobbed
Griezmann will miss Barca's last two games in La Liga. He was out for at least three weeks
Source https://www.irishtimes.com/news/education/what-will-brexit-mean-for-irish-students-1.3513842

Taoiseach warns against being ‘overly judgemental’ of SF funeral attendance

Quigley in consideration for Canelo clash

Poll: Should there be a facility near Dublin Airport where people have to quarantine?

Jack Charlton, Ireland’s favorite Englishman, was a legend to Irish Americans too

Paying back tax on the wage subsidy scheme: Revenue's plans aim to 'minimise any financial hardship'

The Irish hotel that was named the best in the world

On This Day: Victory for William of Orange in Battle of the Boyne

Diary of a Limerick Bishop: Brendan Leahy reveals what life was like for him under lockdown

Sitdown Sunday: 'Michaela? I just want you to know I’m really proud of you'

Bonfires lit in loyalist areas of North despite Covid-19 restrictions

Did not heed Gardaí and one charge became three

Cocaine worth €1.2 million seized after two vehicles searched on M3 in Meath

After US gives in to Russia on red-line issue, UN Security Council restarts aid for displaced Syrians

Woman ‘could hardly breathe’ when choked by husband

Donald Trump wears a mask in public for the first time

Quiz: How well do you know Tom Hanks movies?

Why was the Covid-19 app so successful in Ireland?

Opinion: We need serious help to 'stop burning stuff' to heat our homes

BREAKING: No new cases of Covid-19 reported in Limerick

Credit where it’s due! Bank team step up to support baby Livie

Limerick’s mobility plan: how did we get to where we are now?

An Taisce releases list of 10 most at-risk buildings, including the Iveagh Markets in Dublin

‘This really is a scandal’: €10m invested in unfinished work for Greencastle Harbour

Bill Gates says he is "optimistic" about battle against Covid-19

Calls for clarity over policing of face coverings on buses, trains

Coronavirus: Number of tests carried out in State exceeds 500,000

FF, FG should know Greens willing to walk away from government – Catherine Martin

It was a Full House for Termon GAA’s first drive-in bingo!

Poll: Do you think Phoenix Park's gates should be mostly closed to traffic?