US Secretary of State Antony Blinken said Tuesday that his country was seeking accountability over the killing of journalist Shireen Abu Akleh, and would follow the facts from a credible investigation wherever they lead.

The well-known Palestinian-American Al Jazeera reporter was killed on May 11 in the Jenin refugee camp in the north of the West Bank as she was covering an Israeli military operation amid a wave of terror attacks.

Appearing at a forum for student journalists on the sidelines of a Latin America summit in Los Angeles, Blinken was confronted by a questioner claiming there had been “absolutely no repercussions” for Israel over the death of Abu Akleh, or for Saudi Arabia for the killing of journalist Jamal Khashoggi.

Blinken, who has spoken to Abu Akleh’s family, began by saying: “I deplore the loss of Shireen. She was a remarkable journalist, an American citizen.”

However, regarding the facts behind the case, the US diplomat said: “I’m sorry, with respect, they have not yet been established.”

“We are looking for an independent, credible investigation. When that investigation happens, we will follow the facts, wherever they lead. It’s as straightforward as that,” he said. 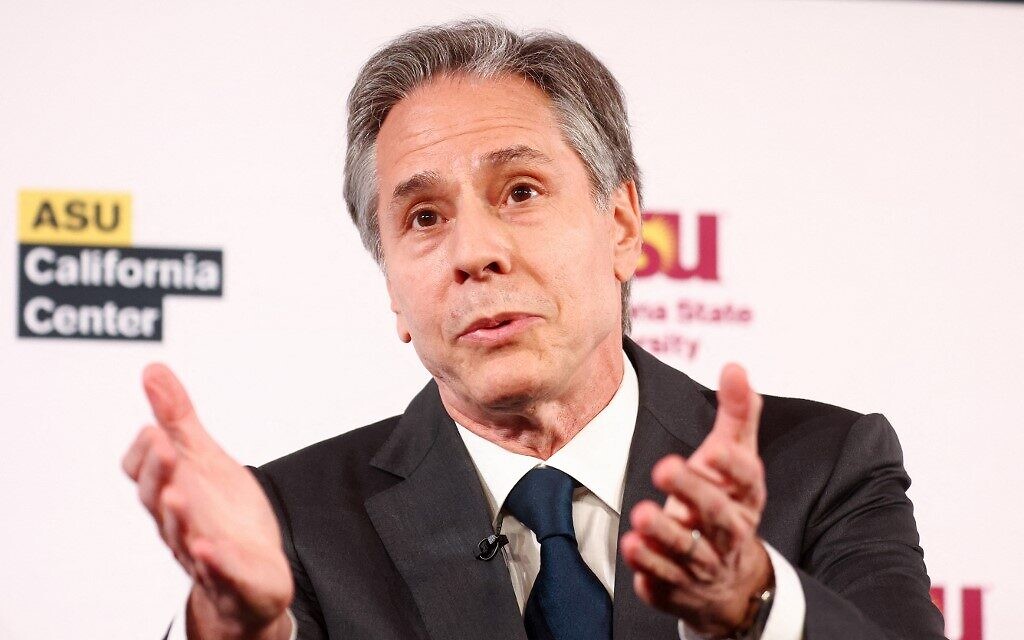 Secretary of State Antony J. Blinken speaks during a discussion at the Media Summit of the Americas at the ASU California Center on June 7, 2022 in Los Angeles, California (MARIO TAMA / GETTY IMAGES NORTH AMERICA / Getty Images via AFP)

US lawmakers on both sides of the aisle have called on the Biden administration to ensure there is a full and transparent investigation into Abu Akleh’s killing. The US has said it will not be carrying out its own probe into the journalist’s death.

Israel says Abu Akleh was shot during a firefight between soldiers and Palestinian terrorists, but insists that only a ballistic analysis of the bullet — which is held by the Palestinian Authority — and the soldiers’ guns, can determine if one of them fired the fatal shot.

The PA has refused to hand over the bullet, saying it doesn’t trust Israel and pointing to previous cases of killings by soldiers who received little or no punishment.

The PA announced last month that its investigators had concluded the lethal bullet was deliberately fired by an Israeli soldier. PA Attorney General Akram Khatib said at a press conference that forensic evidence indicated Abu Akleh was fatally shot from behind while attempting to run away from sudden bursts of Israeli gunfire.

However, he didn’t present the evidence, and Israel immediately rejected the findings as blatantly false.