Efforts are underway to reach a full ceasefire between Israel and the Palestinian Islamic Jihad terror group, a regional official told The Times of Israel on Sunday, as fighting in the Gaza Strip raged for a third day.

Egypt’s President Abdel-Fattah el-Sissi said Saturday that his government was engaged in active efforts to calm the fighting in the Gaza Strip.

Egypt has played a central role in mediating between Israel and Gaza-based terrorists in recent rounds of violence.

When asked about the Egyptian-mediated ceasefire talks, Intelligence Minister Elazar Stern told Army Radio on Sunday that the military operation against Palestinian Islamic Jihad will continue until “we’re sure of continued calm in the south,” but suggested Israel is open to a ceasefire with the Gaza-based terror group.

“Israel has made very significant achievements in the operation,” he said.

“If they continue to fire on us, we’ll continue to respond, but if [Islamic Jihad] requests a deal — we aren’t seeking war,” said Stern, a member of Prime Minister Yair Lapid’s Yesh Atid party. 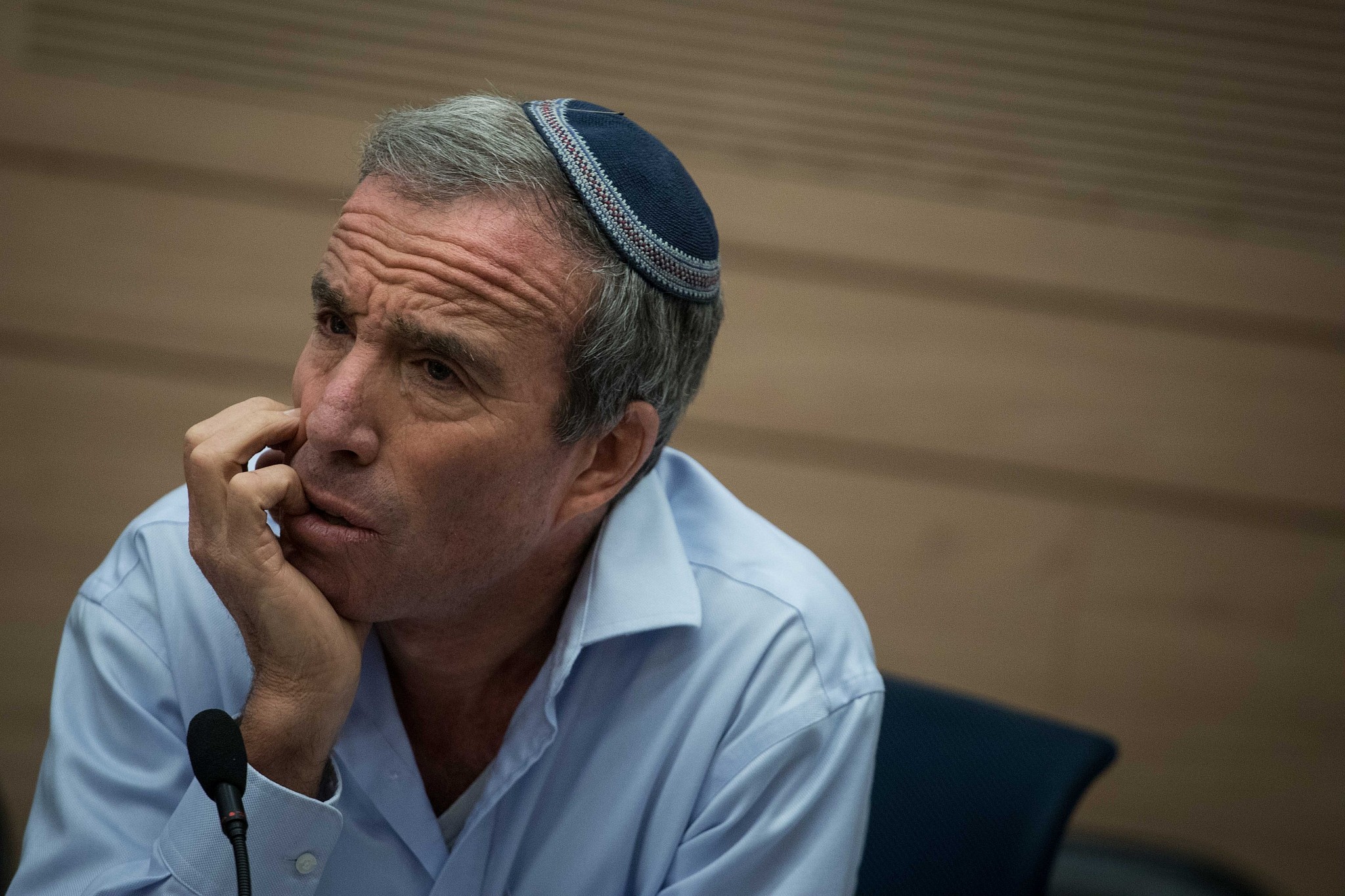 It was reported earlier Sunday that Israel had agreed to an Egyptian-proposed humanitarian ceasefire, but Islamic Jihad refused the offer.

Unnamed Palestinian sources told Channel 13 news said two different time slots were proposed for a halt in hostilities — 6 a.m. on Monday morning or 3 a.m. on Tuesday morning. It was unclear why those times had been chosen.

The Channel 13 report said the ceasefire would allow for fuel to enter the coastal enclave for the Strip’s power plant.

The electricity supply in Gaza has dropped from 12 hours to only four hours a day.

Israeli sources told the Walla news site that Israel is concerned that a deterioration in the humanitarian situation in the Strip could lead to Hamas joining the fighting. So far, the terror group that rules Gaza has stayed on the sidelines. 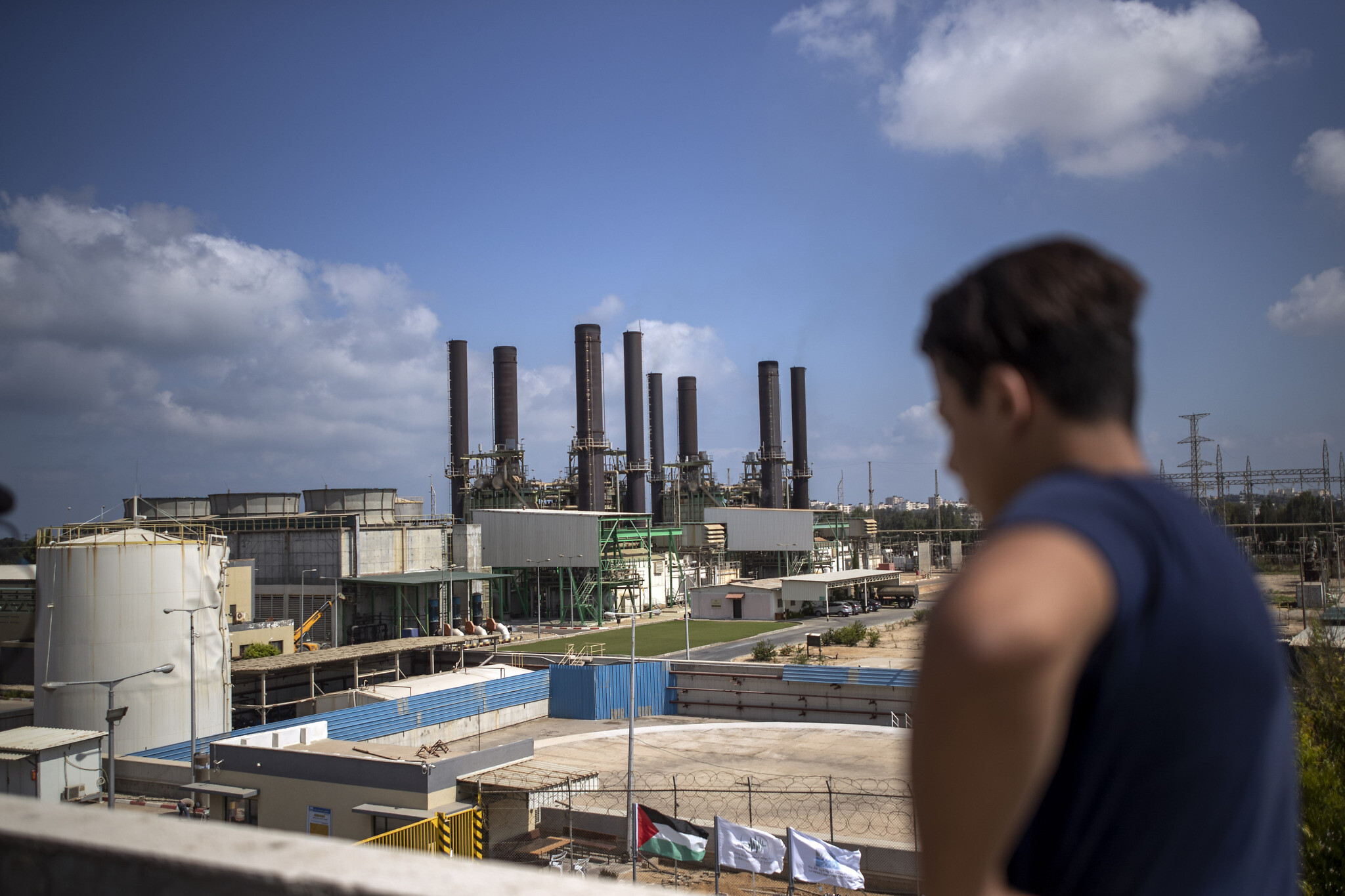 A Palestinian man, on the rooftop of his home, looks at Gaza’s power plant after it was shut down, in the town of Nusairat, central Gaza Strip, August 18, 2020. (AP Photo/ Khalil Hamra)

Islamic Jihad was said to have rejected a similar proposal for a ceasefire on Saturday, with a source from the terror group telling the Hezbollah-affiliated Al-Mayadeen TV that “now is the time to respond to the crimes of the occupation.”

Military spokesperson Ran Kochav told reporters on Sunday that the IDF had struck some 140 Islamic Jihad targets across the coastal enclave since the start of Operation Breaking Dawn, which began Friday afternoon with the killing of Tayseer Jabari, the terror group’s northern Gaza commander. 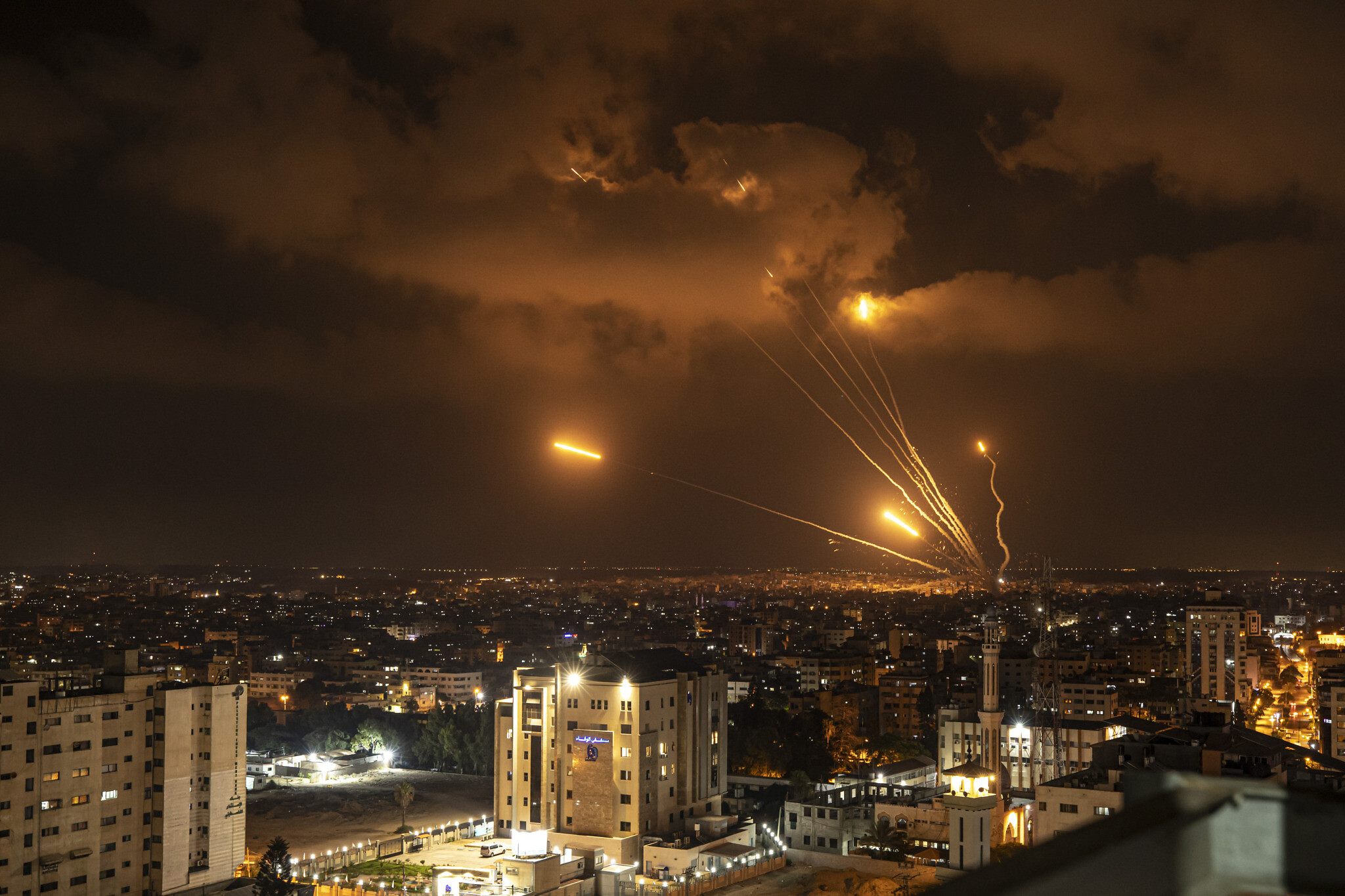 The Hamas-controlled health ministry said Sunday that the death toll in the Gaza Strip had reached 31, including six children.

Israel has denied responsibility for at least nine of the deaths, which it says were caused by Palestinian Islamic Jihad misfiring rockets.

The Gazan officials did not say how many of the total killed were affiliated with terror groups. 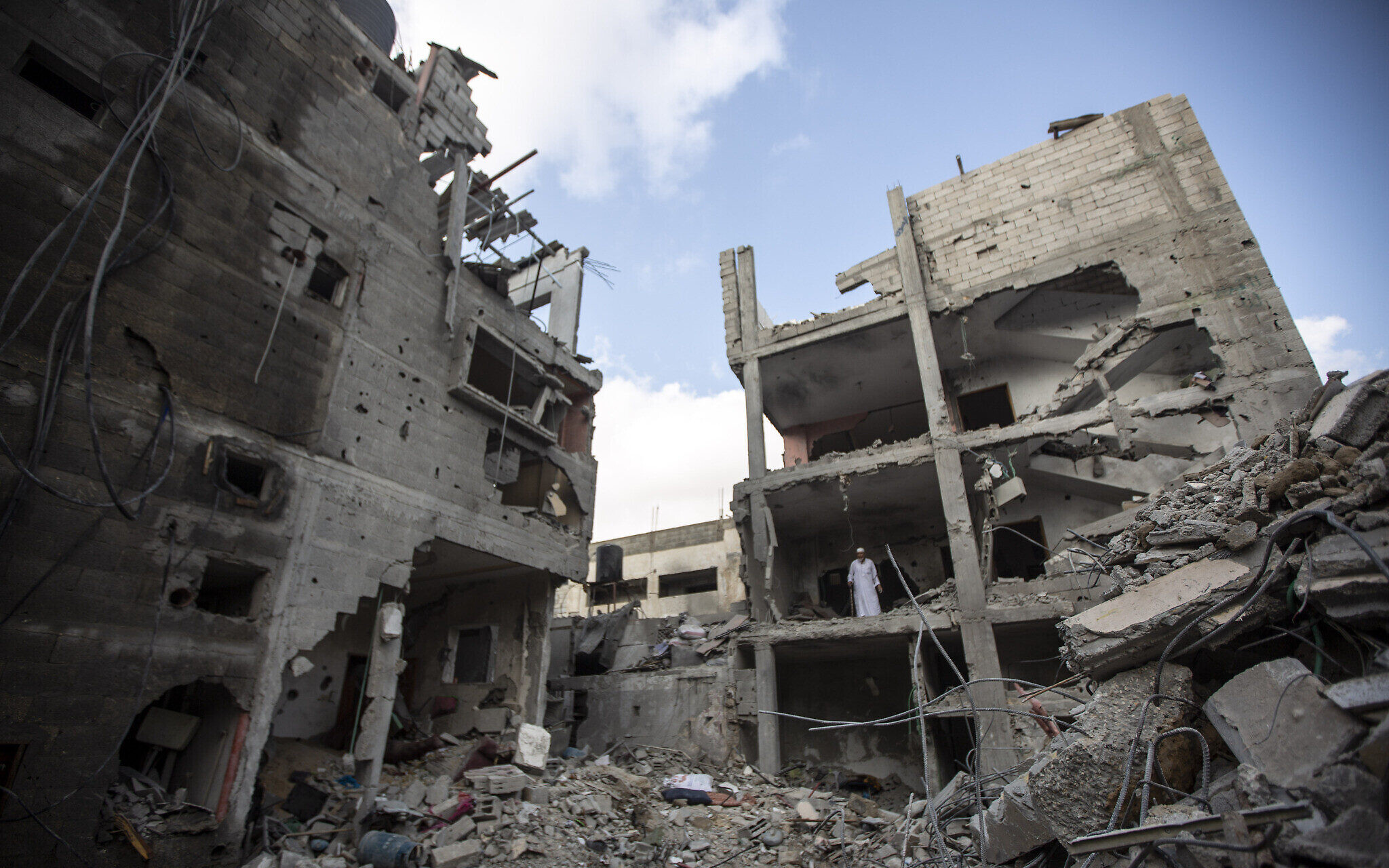 Palestinians search through the rubble of a building in which Khaled Mansour, a top Islamic Jihad terror commander was killed in an Israeli airstrike in Rafah, southern Gaza strip, Aug. 7, 2022 (AP Photo/Yousef Masoud)

The Israel Defense Forces says a number of operatives from PIJ are among those killed in the multiple waves of strikes, which have been targeting positions and facilities belonging to the terror group in the Gaza Strip.

In response, Islamic Jihad fired nearly 600 rockets at Israel by Sunday afternoon, with 120 falling short and landing inside Gaza, according to data from the IDF.

Jeremy Sharon and Emanuel Fabian contributed to this report.