Following a sharp rebuke from the High Court of Justice last week, the cabinet approved on Wednesday the temporary appointment of former attorney general and Supreme Court judge Elyakim Rubenstein to serve as the chairman of the Senior Appointments Advisory Committee.

Rubenstein will serve in the position only for the purpose of reviewing the government’s candidate for new IDF chief of staff, Maj. Gen. Herzi Halevi.

The court ruled that appointing a new chairman for the full term during an interim government should only be done in the most extenuating of circumstances and that the government’s desire to appoint a new IDF chief of staff did not meet those conditions.

The committee must now formally publish Halevi’s candidacy in order to receive comment from the public, interested parties and organizations. 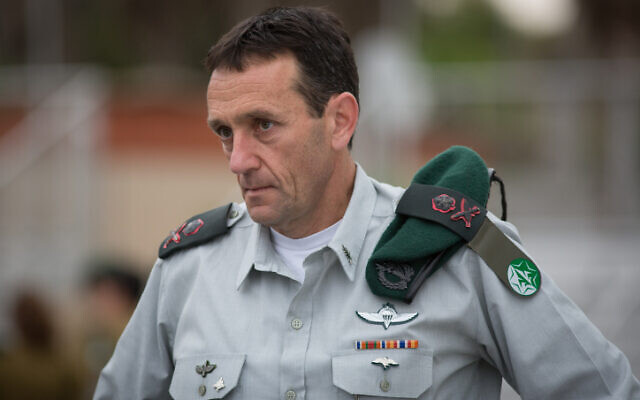 Maj.-Gen. Herzi Halevy at a ceremony for the incoming chief of Intelligence, Tamir Heiman (not seen) at Glilot military base, near Tel Aviv, March 28, 2018. (Miriam Alster/Flash90)

After the committee hears the public input it can vote to approve or reject the candidate. If it approves Halevi, the cabinet will then need to give final approval via a vote.

Completing this process in less than five weeks before the general election on November 1 will be very difficult, especially given the current Jewish holiday season, during which there are numerous days when government business cannot be conducted.

If the election results are unfavorable for the current coalition, Halevi’s appointment may be stymied altogether.