NEW YORK — Former FTX chief executive Sam Bankman-Fried apologized Wednesday for a “lot of mistakes” in the abrupt collapse of the cryptocurrency firm and said he did not knowingly behave fraudulently.

“I didn’t ever try to commit fraud on anyone,” Bankman-Fried told the Dealbook conference hosted by CNBC and The New York Times.

“I’m deeply sorry about what happened,” Bankman-Fried said. “Clearly I made a lot of mistakes or things I would be able to give anything to be able to do over again.”

Bankman-Fried, appearing by video from the Bahamas and wearing his trademark T-shirt, said he was “shocked” by many of the details that have surfaced amid the cryptocurrency platform’s collapse, depicting the problems as stemming from lax oversight and corporate controls rather than an intent to defraud.

On November 11, Bankman-Fried resigned as FTX filed for bankruptcy protection while facing a large financing shortfall and a deluge of withdrawals from panicked customers. The firm at its peak had been worth some $32 billion.

At the time, FTX had taken some $10 billion in customer funds without authorization, according to the Wall Street Journal.

Much attention has focused on the relationship between FTX and Alameda Research, an affiliated trading firm.

Bankman-Fried acknowledged an “embarrassing” lack of attention to conflicts of interest between the two firms, but insisted that he was not abreast of the details on Alameda and did not run Alameda.

Among the revelations, the digital currency news site CoinDesk reported on November 2 that Alameda’s balance sheet was heavily built on FTT — a token created by FTX and not based on an asset with independent value.

The value of FTT plunged in early November as both Alameda and FTX cratered and has not recovered.

Bankman-Fried said that he was also surprised at the scale of Alameda’s positions on FTX that were troubled and which ultimately stressed the firm.

“I didn’t think it was existential for FTX,” Bankman-Fried said of Alameda’s financial stress, adding that he thought the problem would “end up having some small impact on FTX, but not a significant one, not one that hurt customers at all.” 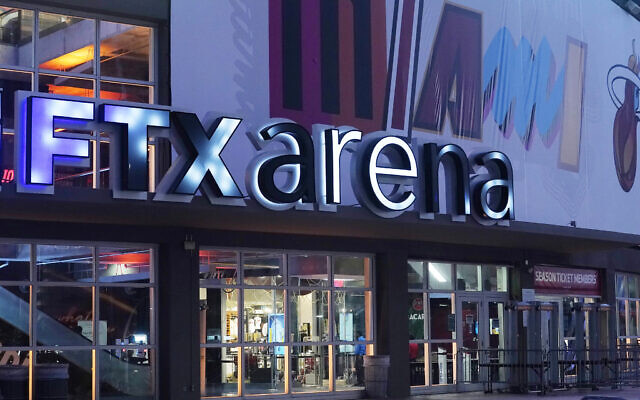 FILE – Signage for the FTX Arena, where the Miami Heat basketball team plays, is illuminated on Saturday, Nov. 12, 2022, in Miami. The rapid collapse of cryptocurrency exchange FTX into bankruptcy last week has also shaken the world of philanthropy, due to the donations and influence of FTX founder Sam Bankman-Fried in the “effective altruism” movement. (AP Photo/Marta Lavandier, File)

“Never in my career have I seen such a complete failure of corporate controls and such a complete absence of trustworthy financial information as occurred here,” Ray said in the filing.

“From compromised systems integrity and faulty regulatory oversight abroad, to the concentration of control in the hands of a very small group of inexperienced, unsophisticated and potentially compromised individuals, this situation is unprecedented,” he said. 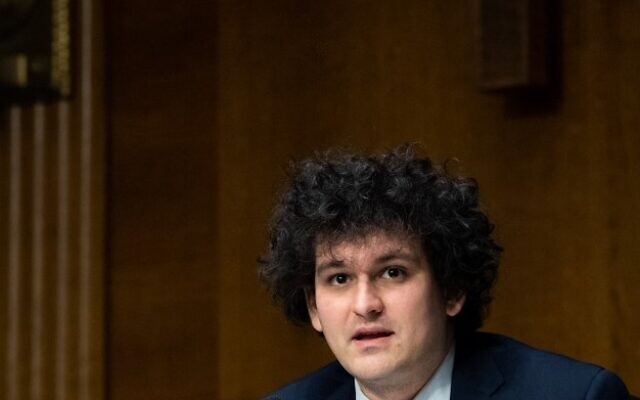 In this file photo taken on February 09, 2022, Samuel Bankman-Fried, founder and CEO of FTX, testifies during a Senate Committee on Agriculture, Nutrition and Forestry hearing about ‘Examining Digital Assets: Risks, Regulation, and Innovation,’ on Capitol Hill in Washington, DC (SAUL LOEB / AFP)

Bankman-Fried on Wednesday said he was not aware that he was the subject of a criminal probe, adding that he rejected his lawyer’s advice to stay silent now.

“I have a duty to explain what happened,” he said. “And I think I have a duty… if there is anything I can do to try and help customers out here.”

Bankman-Fried suggested US investors in FTX could recover their losses, but did not explain how this might happen.

Amos Yadlin on leadership in the Jewish state - Sponsored Content

Women still only about a third of tech employees in Israel

In Cairo, Blinken urges Israel and Palestinians ‘to calm things down’

US warns citizens of ‘imminent’ terror threat to synagogues, churches in Istanbul