The Jerusalem Municipality has decided to shelve plans to radically redevelop the Binyanei Hauma building in Jerusalem, known in English as the International Convention Center.

According to a report in Haaretz, the decision was made last week after a fiery debate in the municipality’s conservation committee regarding the planned destruction of much of the building’s original facade.

The building stands at the western entrance to Jerusalem, near the Central Bus Station and the new high-speed Yitzhak Navon train station.

The complex was slated to be gutted under the City Entrance project, a NIS 1.8 billion investment aimed at reinvigorating the entrance to the city with new office buildings, hotels, leisure and cultural spaces, and two light rail lines.

According to the plans, the ICC redevelopment included plans to expand the congress hall to seat 4,500 people, or 6,000 with standing-room sections.

Also planned was a massive 7,000-meter expo space below the congress hall, with a visitor center built on the top floor. 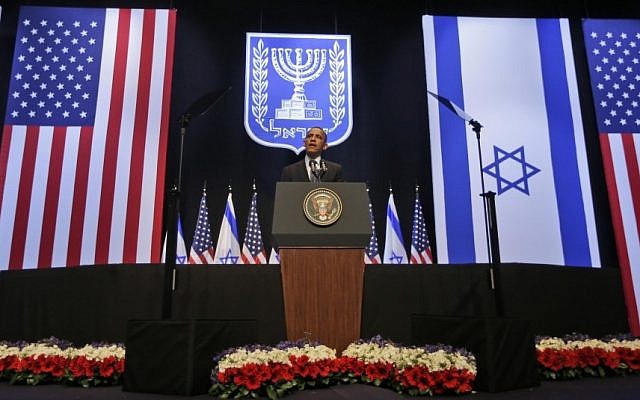 US President Barack Obama speaks to an audience of Israeli students at the International Convention Center in Jerusalem on March 21, 2013. (AP Photo/Pablo Martinez Monsivais)

To do so, architects intended to raze most of the historic building, leaving only small sections of the original exterior intact.

The building, originally designed by architect Avi Richter, began construction in 1950 and took 13 years to complete.

Architecturally, the ICC is designed to express strength and solidity, in testament to the return of the Jewish nation to its homeland after millennia spent wandering in foreign lands.

Accordingly, the ICC building hosted the 23rd Zionist Congress in the still-unfinished building in 1951, the first time the event was held in Israel. Previously, the Zionist Congress, much like the nation it represented, wandered between European capitals.

The building has since hosted a range of notable events, including the trial of Nazi war criminal John Demjanjuk in the 1980s, as well as the 1979 and 1999 Eurovision Song Contests, in addition to many concerts, conventions and ceremonies. 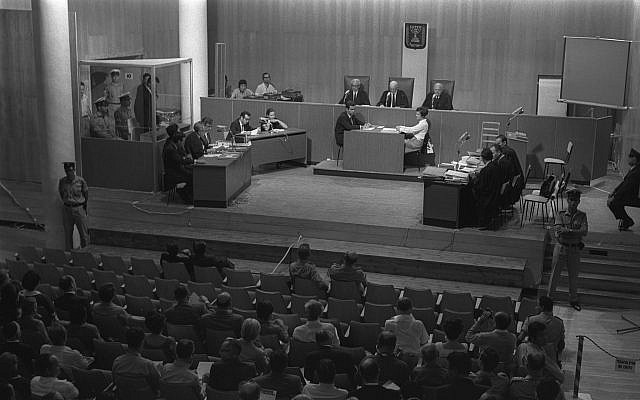 According to the report in Haaretz, with the municipality’s decision to shelve the new plans, architects have been tasked with creating a new design that will see the building’s original style maintained.

The municipality’s conservation committee met last week in a reportedly heated session to decide the fate of the building.

According to Haaretz, those in favor of maintaining the original building argued that “conserving only a small part of the building is a crime… destroying the building would mean the erasure of a unique architectural period in Israeli history and in global architectural history.”

In the committee meeting, Jerusalem Deputy Mayor Elisha Peleg said “Jerusalem can not stay in the Second Temple period. There’s a need to develop the city… Binyanei Hauma is our symbol. You don’t touch a historic icon.”

The full City Entrance Project is expected to take a decade to complete.