Opposition leader Benjamin Netanyahu and his family members testified on Sunday in a fiery hearing in their libel lawsuit against former prime minister Ehud Olmert, with Netanyahu saying he does not have a psychiatric history and calling Olmert’s attorney “crazy, but not clinically ill” during court questioning.

Netanyahu, his wife, Sara, and their eldest son, Yair, arrived at the Tel Aviv Magistrate’s Court to testify in the libel case against Olmert, which was filed after the latter publicly called the Netanyahu family mentally ill and “in need of psychiatric treatment.” The suit seeks NIS 837,000 ($261,000) in damages for Olmert’s “obsessive efforts to harm their good name in public, out of jealousy and deep frustration.”

Olmert was also present in the courtroom for Sunday’s hearing.

“I don’t have a psychiatric history,” Netanyahu told Olmert’s attorney, Amir Titonovich, as he attempted to discredit Olmert’s statements as factually false.

“The public [statements] are lies and falsehoods and worse than that,” the former premier said when questioned by the Netanyahu family’s attorney, Yossi Cohen. Netanyahu claimed that Olmert’s intention had been to prevent him from being reelected as prime minister.

During the testimony, Olmert’s attorney questioned Netanyahu about incidents during which the family’s doctor, Zvi Berkovitch, was allegedly requested to treat Sara Netanyahu for “uncontrollable outbursts.”

“I do not accept them as ‘uncontrollable outbursts,'” Netanyahu said. “There could have been moments of tension, and sometimes we consulted with friends. Sometimes Dr. Berkovitch was among them.” Netanyahu further denied his wife received medication for such outbursts. 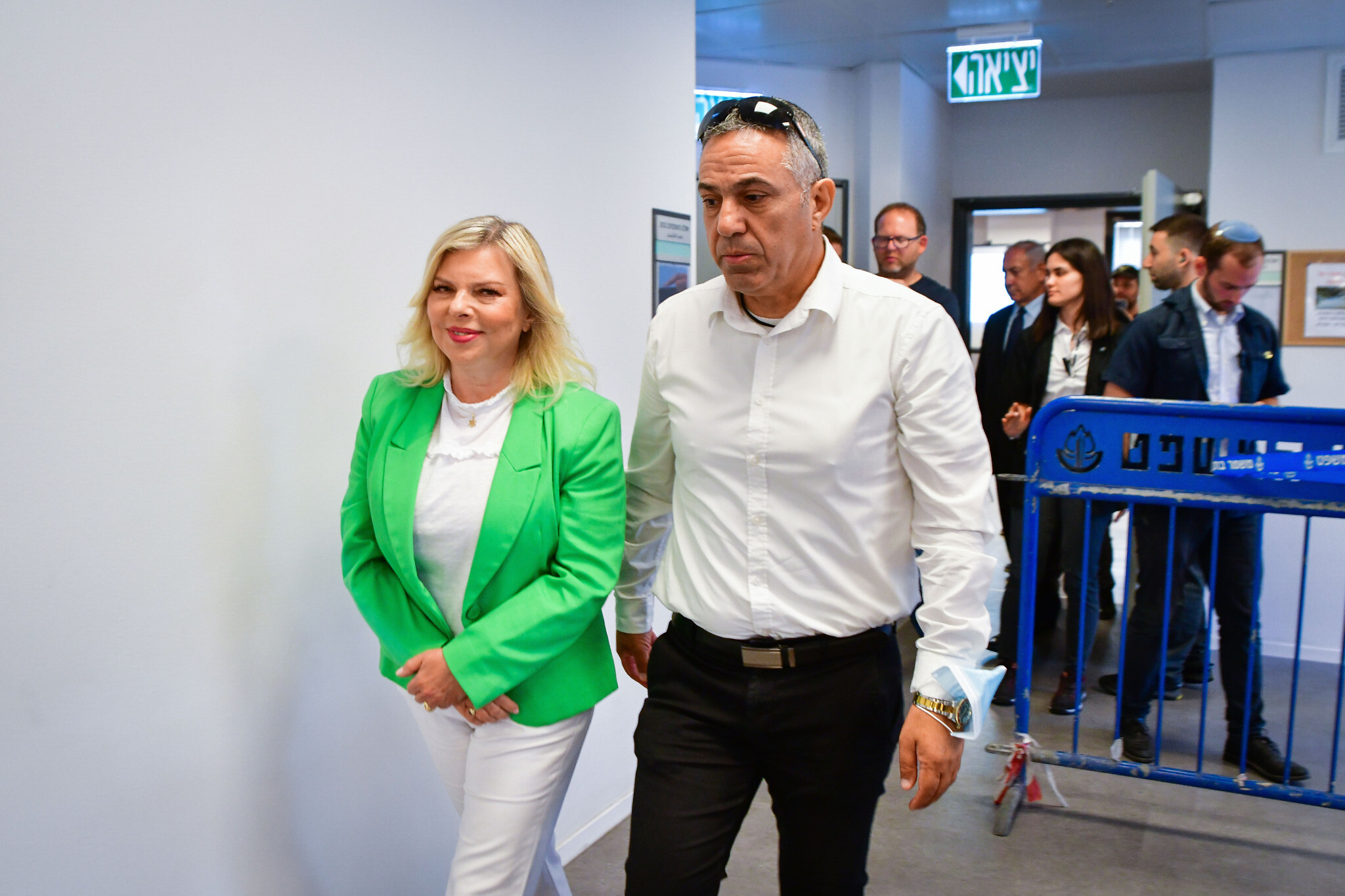 Netanyahu also called Titonovich “crazy” during his testimony, asking the defense attorney: “Are you crazy? I think you are crazy, but not clinically ill.”

Titonovich then asked Netanyahu why he did not sue the Ynet news site for a 2014 article, during which unnamed officials in then-US president Barack Obama’s administration reportedly called the then-prime minister “a coward suffering from Aspergers” and a “chickenshit,” during tensions between Jerusalem and Washington over the nuclear deal with Iran.

Netanyahu dismissed his question, saying that while in the “political sphere it is customary for nicknames and slanders that do not have anything to do with the person.” Olmert “crossed the line” when he said the family’s condition was clinical.

Sara Netanyahu was next to testify and denied having been admitted to a psychiatric hospital in Austria, referring to rumors in previous years that she had been hospitalized. The former prime minister’s wife re-asserted her profession as a children’s psychologist several times during the hearing.

“I’m not sick, I help people as a psychologist,” she said. “I view this with great compassion. People with mental health issues are negatively labeled.”

“I educated my children to see the good in people and not the bad,” Sara Netanyahu told Olmert’s attorney when asked whether she educated her children not to label others as mentally ill. “But they have experienced a lot of bad [treatment], from the media and from people like you, unfortunately.”

The attorney then asked if it was reasonable to insult mentally ill people as a response to others.

“This is a Twitter argument, not a seminar paper,” Yair Netanyahu said. “Olmert didn’t have a slip of the tongue and then apologize for it. This is an argument in which he cursed me and my parents, and I got upset that I and my parents are being cursed.”

Yair Netanyahu is no stranger to libel lawsuits and legal threats. He has a history of posting incendiary messages on social media and tweets fast and often against those he said he believed have wronged him and his family.

In a 2017 Facebook post, Yair Netanyahu pushed unsubstantiated claims alleging that one of Olmert’s sons was having a homosexual affair with a Palestinian man in Paris.

In 2020, he was ordered to pay NIS 286,000 ($71,000) in damages to former Walla news site editor Avi Alkalay in a libel lawsuit. Alkalay had sued Netanyahu for sharing a number of posts on social media that called the journalist a “planted mole from the Wexner Foundation,” a group that the Netanyahu family accuses of funding left-wing groups and campaigns, and that alleged he was in cahoots with the state prosecution regarding the criminal case against Netanyahu. 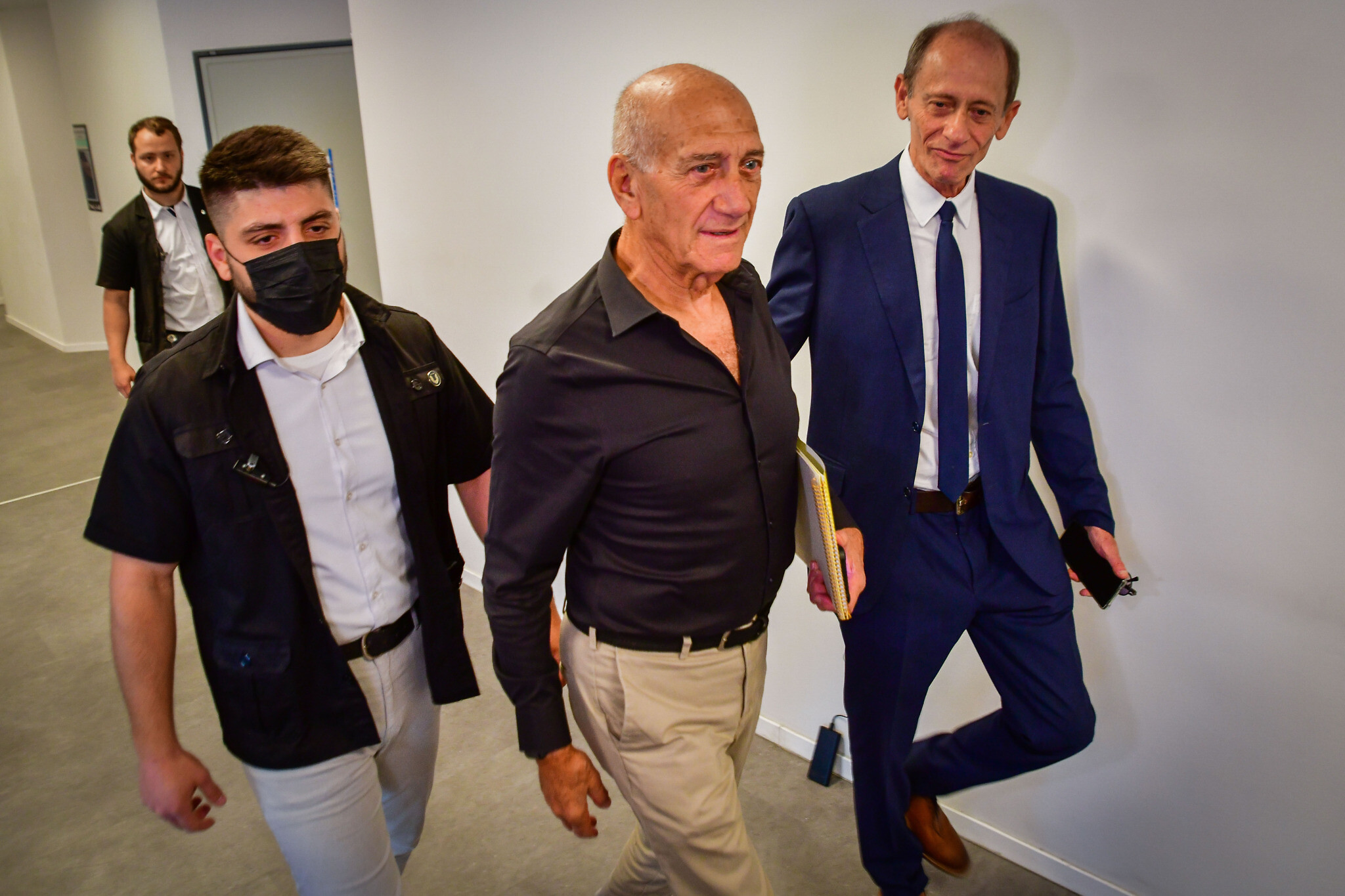 Former prime minister Ehud Olmert arrives for a court hearing on the lawsuit of the Netanyahu family against him, at the Tel Aviv Magistrate’s Court on June 12, 2022. (Avshalom Sassoni/Flash90)

Testifying on behalf of the defense was former national security adviser Uzi Arad, who told the court that Sara Netanyahu’s behavior “took its toll on the state.”

“She approaches you in a threatening manner like she’s about to lunge at you, I’ve seen some really strange behavior on her part,” he said.

“Once, she wanted to pounce on me. There are a lot of people… She looks at you and suddenly her eyes lock. I do not want to elaborate, or say what I saw and heard, but I want it to be understood that these things took their toll on the state.”

Arad, who served as national security adviser under Netanyahu from 2009 to 2011, said that with Sara accompanying her husband on diplomatic visits, much of the preparation work could not have been done, since the schedule sometimes included “issues that we couldn’t discuss with her.”

He claimed that scheduling issues caused by Sara’s accompaniment led to a “diplomatic incident,” in which US defense officials and the Pentagon “cut ties with Israel” for two months. While he said the incident was with the US secretary of defense, he did not specify who it was. 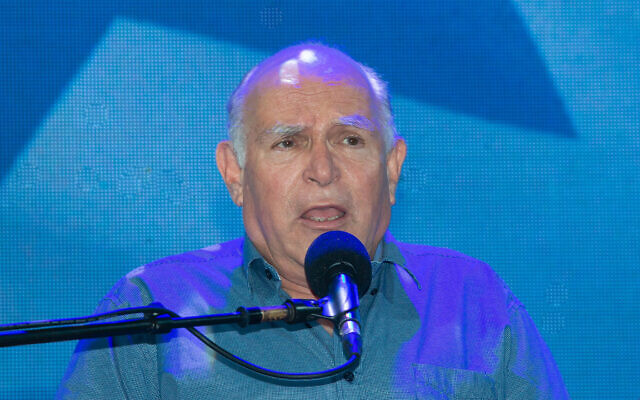 Also taking the witness stand was Nir Hefetz, a former Netanyahu aide and current state witness in the ongoing corruption trial against his former boss.

Hefetz detailed Yair’s influence over his father, saying that it is so great that it “influences the lives of other people.”

He also claimed that Yair “told himself” that the Likud party’s victory in the 2015 election belonged to himself as much as to his father.

“From that time until my departure in 2018, there was a frightening increase in Yair’s influence on the decision-making process in all political, PR, diplomatic, and even security matters in some cases,” Hefetz said.

The former Netanyahu aide also claimed that Yair “stopped eating” when his father refused to include him in decision-making.

“I witnessed a conversation between Benjamin and Sara Netanyahu, in which Sara lashed out at Benjamin for Yair not eating, due to Benjamin not consulting him or sharing information regarding decision-making,” Hefetz said. 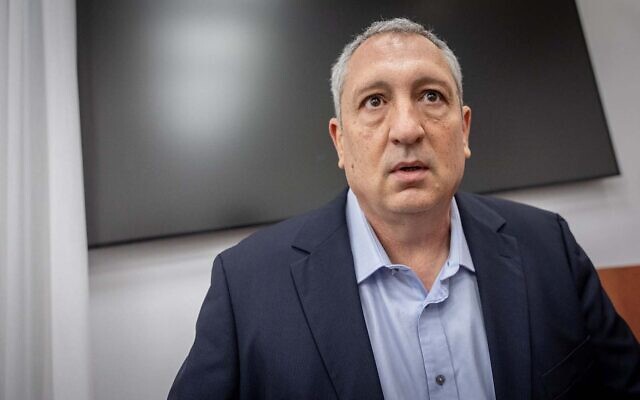 Nir Hefetz arrives for a court hearing in the trial against former prime minister Benjamin Netanyahu, at the District Court in Jerusalem on December 21, 2021. (Yonatan Sindel/Flash90)

The witness list originally summoned by Olmert included Miriam Adelson, the widow of Sheldon Adelson who was a longtime ally of Netanyahu. The document claimed she can attest to various events in which she was present and foresaw “behaviors and expressions,” from which she concluded that the Netanyahu couple suffered from alleged “mental disorders.”

In two separate interviews last year, one with Channel 12 and another with the news site Democrat TV, Olmert leveled criticism at Netanyahu and said that “what is irreparable is the mental illness of the prime minister, his wife, and his son,” referring to Yair Netanyahu.

“They are in need of psychiatric treatment,” Olmert said.

The former prime minister claimed he had consulted experts before making the remark. “Mental illness is an illness. It requires treatment and mentally ill people should not be offended,” he said. “I just don’t want [the Netanyahus] to be running the country and making decisions on the most fateful issues.”

Olmert preceded Netanyahu as Israel’s prime minister, ending his term in 2009 before being formally indicted on corruption charges. He was convicted of fraud in 2014 and served 16 months of a 27-month prison sentence.